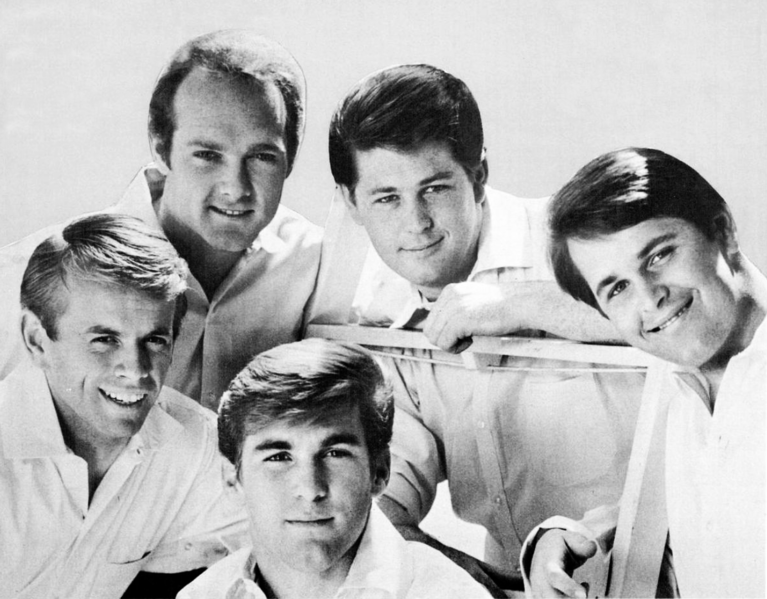 The Beach Boys are famous for being an American rock band from California. They first formed in 1961 with founding members Brian and Dennis (who are brothers), Carl Wilson, Mike Love and Al Jardine. The band is known for its distinguished sound which connected with the California culture around surfing, cars and romance. The band is recognised as one of the most influential rock and roll bands in history. They are influenced by jazz, rock and roll, R&B and early surf music.

In the early days the band began as a garage band before they rose to fame for their ‘California Sound’ before they eventually became a symbol for the counterculture movement which was popular at the time. The band is one of the most highly acclaimed and successful bands in history and one of the only bands to maintain their popularity following the ‘British Invasion’ of music. The band has sold more than 100 million records around the world and is one of the top-selling bands in history. The band has had more than 80 songs on the charts across the world and has topped the Billboard Hot 100 in the United States with four songs.

Brian Wilson showed an early interest in music and received a reel-to-reel recorder for his birthday after teaching his brothers, Dennis and Carl to sing the background music on a number of songs including ‘Ivory Tower’ and ‘Good News’. He also played piano with his next door neighbours Carl and David Marks and the guitars which they had all received as Christmas presents. They began showing and interest in rhythm and blues song and writing songs They met Mike Love through family get-togethers and Brian knew Al Jardine through school.

The band was started, originally under the name ‘The Pendletones’. Dennis, who was an avid surfer at the time encouraged the band to write songs about the Southern California lifestyle and so they wrote a song called ‘Surfin’. The band met with Hite Morgan who liked the song and got them to record a demo. The group was signed by Herb Newman who owned Candix Records and Era Records. A single was released and the band discovered that they had been renamed the Beach Boys. Their song ‘Surfin’ was a success on the West Coast and reached number 75 on the Billboard Hot 100.

The group got their first paying job on New Year’s Eve 1961 when they performed at the Ritchie Valens Memorial Dance in Long Beach. In the same year Al Jardine left the band and was replaced by David Marks. The Beach Boys eventually signed a seven year contract with Capitol Records. The band debuted the song ‘Surfin’ Safari’ and ‘409’ which was praised by Billboard. The song rose to number 14 on the charts. Their first album ‘Surfin’ Safari’ was released in 1962 and the following year they released their first top ten single ‘Surfin’ U.S.A’, the subsequent album of the same name reached number two on the charts.

The album propelled the band into the national spotlight and made them a phenomenon. Several days prior to the release of the album the song ‘Surf City’ was released, it reached  number one on the charts. In 1963 Jardine rejoined the band and the band released the albums Surfer Girl and Little Deuce Coupe. The surf music craze started to die down with the British Invasion of music. The band struggled for support against The Beatles who shared a label with the band in the US.

The band released the song ‘All Summer Long’ which reached number four on the charts and introduced new instruments to the Beach Boys sound. In 1964 the band recorded a Christmas album and one of the singles peaked at number six on the Billboard charts. By 1964 Brian was struggling with the toll of touring and withdrew from performing at concerts for a while to concentrate on song writing and development.

In March 1965 the band released the album ‘The Beach Boys Today’ which was a more experimental album than their previous music. The band released the song ‘California Girls’ which peaed at number three in the US, whilst the album it belonged to ‘Summer Days (And Summer Nights!!) peaked at number two. The song ‘Help Me, Rhonda’ became the bands second number one single.

In 1966 the band released the album ‘Pet Sounds’ which raised the band’s profile and helped to establish them as an innovative rock music group. The album received mixed responses in the US but was praised in the UK. The band released the single ‘Good Vibrations’ in 1966, the song became the bands third number one single. The Beach Boys subsequently experienced a great deal of success in the US, becoming the highest-selling album act in the country.

In 1966 the band was working on ‘Smile’ but the project was shelved because of a number of personal, technical and legal problems that the band was experiencing. In 1967 Carl Wilson was arrested by the FBI because he was refusing to be drafting into military service. In 1967 the band produced the album ‘Smiley Smile’. The song ‘Heroes and Villains’ was the lead single and was received with underwhelming reviews. The band recorded the album ‘Wild Honey’ which was released in 1967, the album remained on the charts for only 15 weeks.

From 1968 onwards the band started to put out less music. They released a single ‘Do It Again’ and produced the album ‘20/20’ which was released in 1969. Brian was involved in almost none of the recording because he was in a psychiatric hospital and as a result the album was not well received. The group was signed to Reprise Records in 1970 and they released the album ‘Sunflower’.

In 1982 Brian overdosed on alcohol, cocaine and a number of other drugs. In 1983 tensions in the band were high, with Dennis and Love taking out restraining orders against each other. Dennis drowned in Marina Del Rey at the age of 29 however. In 1990 the band recorded the song ‘Problem Child’ and released the album ‘Summer in Paradise’ in 1992. In 1997 Carl was diagnosed with cancer and died in 1998 at the age of 51.