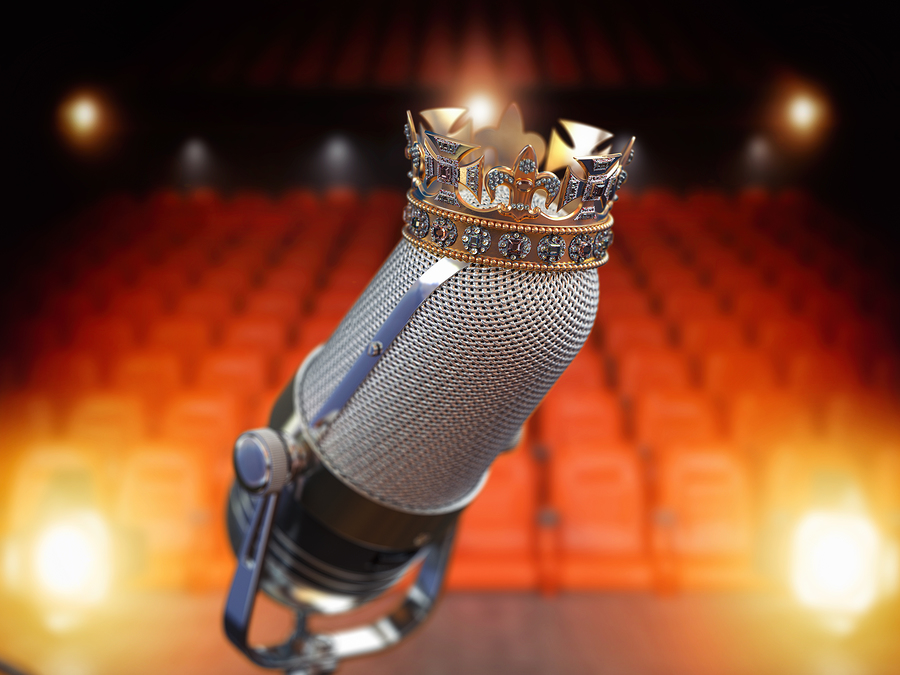 The Billboard Music Awards are awarded annually as a way of recognising the most popular musical artists in the world. The awards are handed out by Billboard, the well-known music magazine and media brand that provides commercial charts for the best-performing songs in the industry. The award show has been held every year since 1990, however, it was retired temporarily in 2006, before again returning in 2011. They are held in May of every year.

Who have been the most successful artists?

rounds out the top three with 20 wins, while Garth Brooks and Michael Jackson follow closely behind with 19 wins each. Adele and Usher are tied 5th with 18 wins each.

Where is it broadcast?

Since its creation, the Billboard Music Awards had been broadcast on the Fox Network. However, when the awards were phased out in 2007, contractual obligations with Fox expired and so when the show returned, the rights for the show were up for grabs. ABC managed to pick up the rights in 2011. For the 2014 ceremony and onwards, a new statuette was designed for winners. In late 2017, the Billboard Music Awards were officially moved from ABC to their current televising home, NBC.

Some of the most controversial Billboard moments

There have been some incredibly controversial moments at Billboard Award ceremonies. In 2019, Taylor Swift was widely criticised for incorporating a marching band into her performance at the ceremony, which was strongly reminiscent of Beyoncé’s 2018 Coachella performance.

BTS, a South Korean boy band, were the first K-Pop group to be nominated for and win a Billboard Music Award. While the award was praised for its expansion in racial diversity, some commentators found the award was tokenistic and that BTS were undeserving of the award, especially when compared to Shawn Mendes, Ariana Grande and Justin Bieber.

Criticism of the Billboard Music Awards

The Billboard Music Awards have been criticised for many reasons. One reason is that the awards recognise songs that are the most popular and commercially successful, as opposed to the quality of the music. Likewise, some commentators have argued that many of the most popular songs are the ones that lack musical integrity and that rewarding these songs sends the wrong message.

Introduced in 2011, the Billboard Icon Award is awarded to music singers and their contribution to the industry. The first recipient of the award was Neil Diamond, in recognition of his global hits “Sweet Carolina” and “America”. Stevie Wonder won it the following year for songs like “Higher Ground” and “Superstition”. There was no award in 2015. The most recent winner of the award is Garth Brooks, who is one of the most successful American singers of all time. He has been widely regarded for blending elements of pop and rock into his country music, which has seen him emerge as the best-selling solo albums artist of all time in the US, second only to The Beatles in terms of total albums sold.

The Spotlight Award is one of Billboard’s most prestigious and exclusive special awards. It was first awarded to Michael Jackson in 1988 after he became the first artist to have five consecutive number 1 singles on the Billboard Hot 100 (from the same album). In 2012, Katy Perry repeated the same feat by having five consecutive number 1 hits from the same album and, in doing so, became the first female artist to do so.

The Century Award is another special award provided sporadically by Billboard. George Harrison, a former member of the Beatles, was the first person to receive the award (in 1992). Billy Joel won the award two years and Randy Newman won the award in 2000. Annie Lennox, who won an Academy Award for Best Original Song for “Into the West”, which was featured in “Lord of the Rings: The Return of the King”, also won the award in 2002. The most recent winner of the award was Tony Bennett, who was the recipient in 2006.

Billboard have included other random special awards throughout their history, which they have largely reserved for specific musical achievements. For example, Elton John and Bernie Taupin’s “Candle in the Wind 1997” remains one of the best-selling singles of all time, and as a result, received a special award in 1997.

Mariah Carey and Boyz II Men received a special award in 1996 for their song “One Sweet Day” after it remained at the number 1 spot on the Billboard Hot 100 for 16 consecutive weeks.

In 1992, Michael Jackson received a special award in commemoration of it being 10 years since Thriller had been released. In 2002, Thriller was again recognised with another award because it had spent the most weeks at number 1 on Billboard’s Top 200 Albums list (37 weeks).