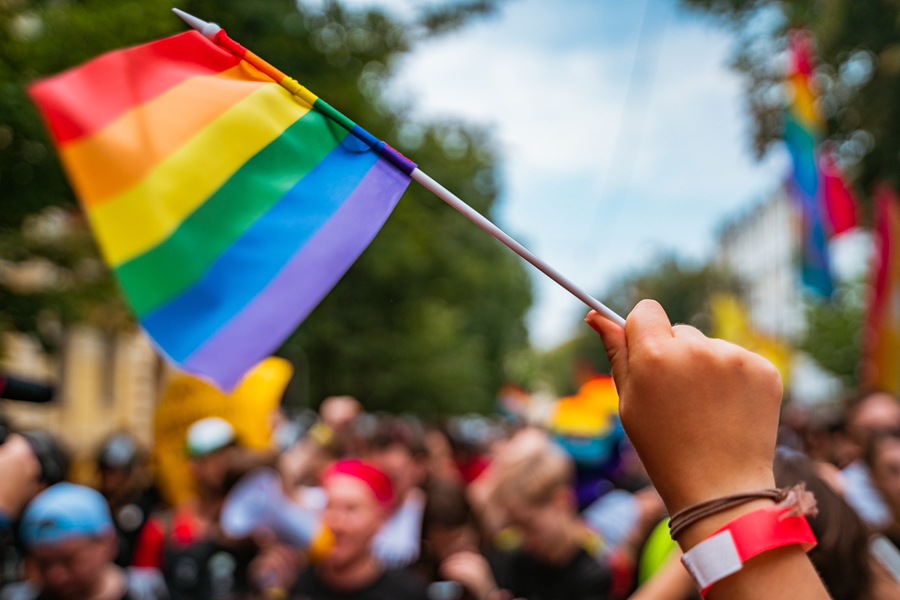 The LGBT community has endured marginalisation and discrimination throughout history. Since the 1960s, social progression has seen the creation of many legislative measurements designed to enhance the rights of the LGBT community and minimise discriminatory behaviour against homosexual, transgender and bisexual individuals.

However, it would be incorrect to suggest that the LGBT populace operates free of discrimination in our current society, since various forms of harassment and abuse continue to permeate many social interactions.

Prior to the 1960s, homosexual people were precluded from certain aspects of society. In 1950, Harry Hay founded the Mattachine Foundation, which basically became one of the United States’ first gay rights group.

The foundation used the phrase “homophile” and sought to improve the lives of gay men throughout the United States. Despite collective inroads in strengthening the wellbeing of homosexuals, the widespread social view on LGBT rights was largely pejorative.

In fact, the American Psychiatric Association listed homosexuality as a mental illness in 1952, while then-President Dwight Eisenhower signed an effective order that actually banned gay people from federal occupations. This ban wasn’t lifted until the 1970s. Suffice to say, members of the LGBT community were clearly marginalised during this period of history.

The 1960s is where things really started happening for the LGBT community. Illinois finally did away with their anti-sodomy laws in 1961. This basically ended the criminalisation of homosexuality in that state. In 1965, Dr. John Oliven first used the term “transgender” to describe a person who was born in the body of the incorrect sex.

Despite some early inroads in both scholarly and legislative representation, LGBT individuals were still routinely subjected to various forms of persecution and harassment. For example, gay men and women were still unable to be served alcohol in public because liquor laws considered gatherings of gay people to be “disorderly.”

The 1970s can be characterised as a period of great, seminal political wins for the LGBT community. Renee Richards, a former tennis player, effectively lobbied against the US Tennis Association in order to compete as a transgender woman in the female 1976 US open tournament.

Having transitioned from a male to a female, the New York Supreme Court ruled that Richards could legally compete in the tournament. The decision was a critical moment for the transgender community and further emboldened the group to strive for more equality.

Two years later, well-known US Senator, Harvey Milk, became the first openly gay man to be elected to a political office in California. More importantly, Milk campaigned on a pro-gay rights platform, which saw the creation of the first rainbow flag in 1978. Gilbert Baker was asked by Milk to design a flag and emblem that would represent the gay rights movement, while being a symbol of pride and unity.

The rise of AIDS during the 1980s was demonstrably bad for the gay community and their plight for equality. This is because the mainstream media helped foster an apparent connection between homosexual activity and the AIDS virus, giving rise to the misconception that only homosexuals and bisexuals could be afflicted with the disease.

As a result, gay pride marches were largely met with scorn and disdain, as false preconceptions about the gay community were publicly accepted.

In 1993, newly incumbent President of the United States, Bill Clinton, passed the “Don’t Ask, Don’t Tell” policy, which essentially allowed gay people to serve in the military so long as they kept their sexuality a secret. The bill was considered a minor success at the time; however, it was still somewhat deflating for the LGBT community since Clinton had promised lifting the uniform ban against gays serving in the military. The policy was officially repealed by the Obama Administration in 2011.

Arguably, the last 20 years has seen some of the most practical and meaningful change for the LGBT community. In 2003, the US Supreme Court struck down the state’s anti-sodomy laws, thereby decriminalising homosexual relations worldwide. In 2009, President Obama expanded the 1994 Hate Crime Act with the revised Matthew Shepard Act (Shepard had been brutally killed in an act of hate crime during 1998).

The Netherlands were the first country to legalise same-sex marriage, which occurred in 2001. Belgium then followed suit in 2003, before Canada and Spain legalised the process in 2005. South Africa legalised the act in 2006, however, they remain the only African country to do so. In 2010, Argentina became the first country in Latin America to legalise same-sex marriage. Australia finally legalised same sex marriage in 2017, which occurred off the back of a postal vote plebiscite that saw a “yes” vote of approximately 61%.

The most recent decade has largely been focused on the rights of transgender people and the civil issues relating to gender identity. Public toilet legislation first arose in the United States in 2013, when the Colorado Civil Rights Division ruled in favour of Coy Mathis’ right to use the girls’ toilet (a transgender six-year-old).

The issue of transgender rights was also highly topical in Canada when Bill C-16 was added as an amendment to the Canadian Human Rights Act and Criminal Code. The new amendment included gender identity and gender expression as protected grounds in the Human Rights Act. The bill was highly polarising in Canada, especially when well-known commentator and psychology professor, Jordan Peterson, was highly critical of the bill, arguing that it would it was a form of compelled speech and would criminalise people who inadvertently used incorrect pronouns (without meaning to be offensive and discriminatory).

Clearly, the rights and history of the LGBT community have changed immensely over time, as reflected in the above changes to legislative apparatus.