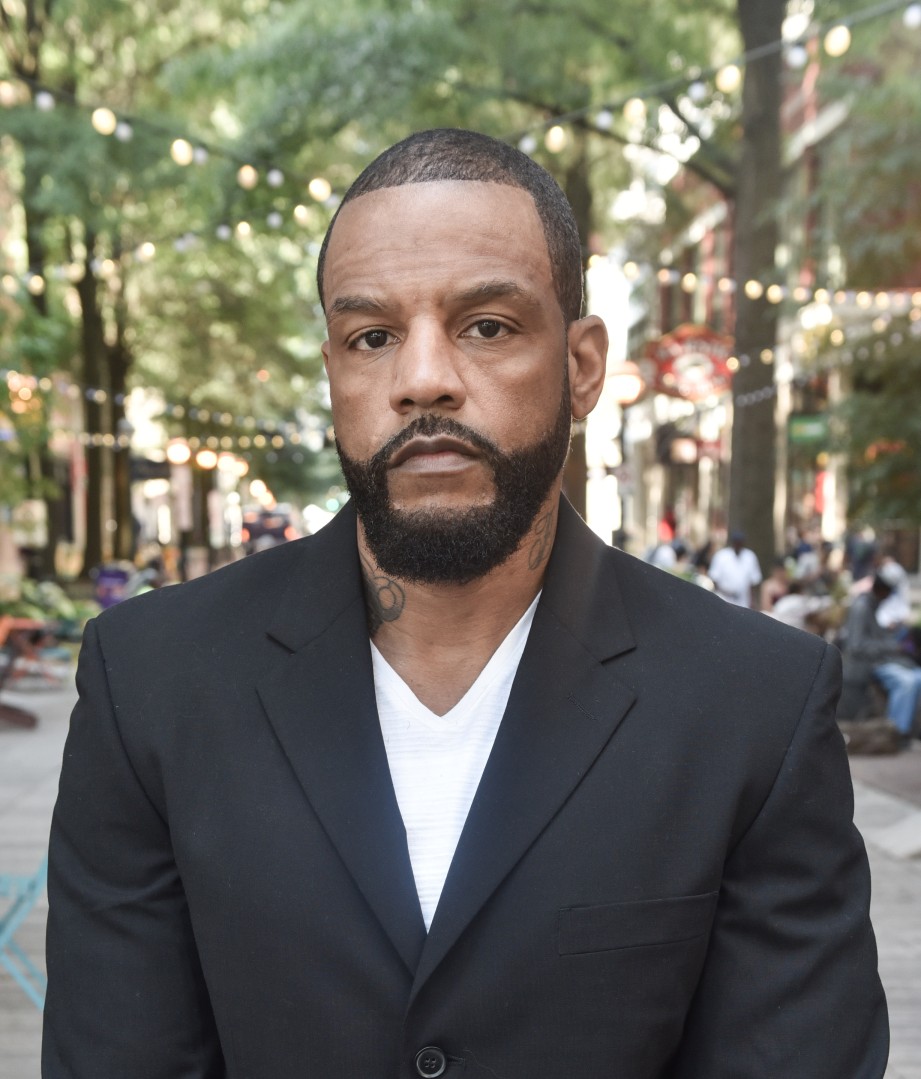 Mann Robison is an independent filmmaker in the United States and founder of Mann Robinson productions. Mann has an impressive portfolio of work both behind, and sometimes in front of, the camera. Mann is clearly passionate about what he does, and he values artistic sincerity into all of his work, rather than just try to copy the tropes of Hollywood.

Mann was able to take a break from his busy production schedule to answer a few questions about his career.

Hi Mann, what inspired your passion for film?

My parents noticed at an early age that I was pretty artistic, in terms of drawing and painting. With that, I also found myself writing poems as early as the 3rd grade. By the fourth grade, I was starring in all the school plays. By the age of 16, I was writing full rap songs. This mixed in with my business skills, as well as the available tools brought to market by companies like Canon, Apple, Adobe and Black Magic, brought my film career to life in 2008.

Poems are like short songs, and rap songs (especially) are like short movies, so I transitioned to writing movies pretty easily. But my passion came from putting together all the things needed to produce a movie. The process and business is my passion, the art is natural.

Which directors/writer/actors have had the most influence on you over the years?

I chose to relocate and start my studio (METRO WEALTH STUDIOS) in Atlanta. I get a lot of comparisons with Tyler Perry which is ok, but it wasn’t until his recent appearance on #BLACKAF that I realized how focused he is, not only as a filmmaker, but as a black man in general. I have always been influenced by actor John Amos from the TV show Good Times. He was also focused on who he was and the messages that he and the show sent out to their audience. He actually sacrificed his job for what was right years before Collin Kaepernick. I feel that I’m more influenced by Ice Cube than Tyler Perry, but I try to keep in mind that most black directors are not supposed to be here, and either came from nothing or went through hell to accomplish the things that they have, so I guess that means that all black directors and producers inspire me because we come from the same place.

What do you enjoy most about being behind the camera and turning vision into reality?

Recently, it has been working with actors that I grew up watching like Todd Bridges, Dorien Wilson, Harry Lennix and Jamal Woolard. Watching these legends read lines that I wrote and take direction from me on set is worth more to me in my career than money could ever mean. I have a bucket list of legends that I plan to experience this with.

To date, what are some of your proudest film accomplishments?

First would be what I just mentioned about black directors being here and doing films, which is the holy grail of accomplishments.

And a close second is my first released film, Turnt. The story behind the production of this movie can be a self-help book in its self. I actually touch on this in a chapter in my upcoming book “Black Independent Filmmaking”- In short, I was writing scene by scene. It happened so fast that by the time Jamal Woolard agreed to be the main character, there was no time to sit and write out the whole story. It’s the perfect tale of seizing the moment. Cameras were rolling the next day, and every day other well-known actors were offering to be in it, so most of the time the scene was being written on the spot. There was absolutely no story structure besides the one I had in my head. We shot almost 100 scenes, and I didn’t look at any of the footage until 3 years later so being able to film and edit in all of that was amazing, but then we had another cursed moment at the premier that would have sent most people running back to their previous career. But I didn’t come to Atlanta or get into this industry to quit, so I personally sat down and re-edited the entire film myself and seen it all the way to the finish line. So, when I watch it on Amazon or Tubi, I remember every mistake I made, and I love all the flaws that it has to offer because they are what made me improve into the filmmaker I am today.

What is the process you go through for acquiring and managing the talent on your film and TV productions?

I don’t really have an answer to this. Let’s just say that I have been blessed to be able to work with some well known actors since I began my career. All I can say is do good work and be true and they will be honored to work with you as well.

My management team, Burke Management out of Beverly Hills, CA, also play a major role in casting the right talent. Our first film together His, Hers and The Truth was cast by Vanzil Burke and our most recent film Justice On Trial the movie starred two of their other clients Dorien Wilson and Todd Bridges.

Filmmaking is a team sport.

Can you tell us about some of your upcoming projects including ‘Sebastian’, Super Turnt’, and ‘A Love To Die For’?

Turnt was meant to be a story about the music industry so to make it real, I had to show what really happens in everyday life where people like me come from. But I also wanted to write and produce other genres, so I wrote Sebastian based on Saint Sebastian of Rome, the back story was flipped to make Sebastian a modern-day horror film. This will go into production as early as this year.

A Love To Die For is a thriller / Drama that I wrote with a certain demographic in mind. It’s about a married couple that has 8 yr old son with end-stage lupus and needs a kidney.

Super Turnt is the sequel to Turnt and will elevate in every form, from story to actors to equipment. This will more than likely be the next project to be filmed.

How did you start your podcast on Independent Filmmaking ‘Behind The Scenes with Mann Robinson’?

I was on an intake call with my new PR,  who has a radio show in syndication and I was in the middle of telling her one of my stories, and she politely stopped me and told me that I had a story to tell and needed a podcast asap! I never really thought about it for that.

Can you tell us about your nonprofit Give It How You Live Foundation?

So we have programs like “Atlanta’s Actors Workshop which are acting classes and workshops.

We are also developing workshops for the youth to learn all of the different film departments.

All of these programs will be held at my studio starting 2021.

Currently, we have a project entitled “Homelessness Is Not A Crime” that takes a look at the homeless problem in Atlanta and what they had to go through during the Superbowl, Corona and the race issue that we are all facing.

This project was done under my non-profit.

What other films/shows have you got in development at the moment?

Thank you Mann for your time!

You can follow up with Mann Robinson at https://www.mannrobinson.org or IG @mannrobinson