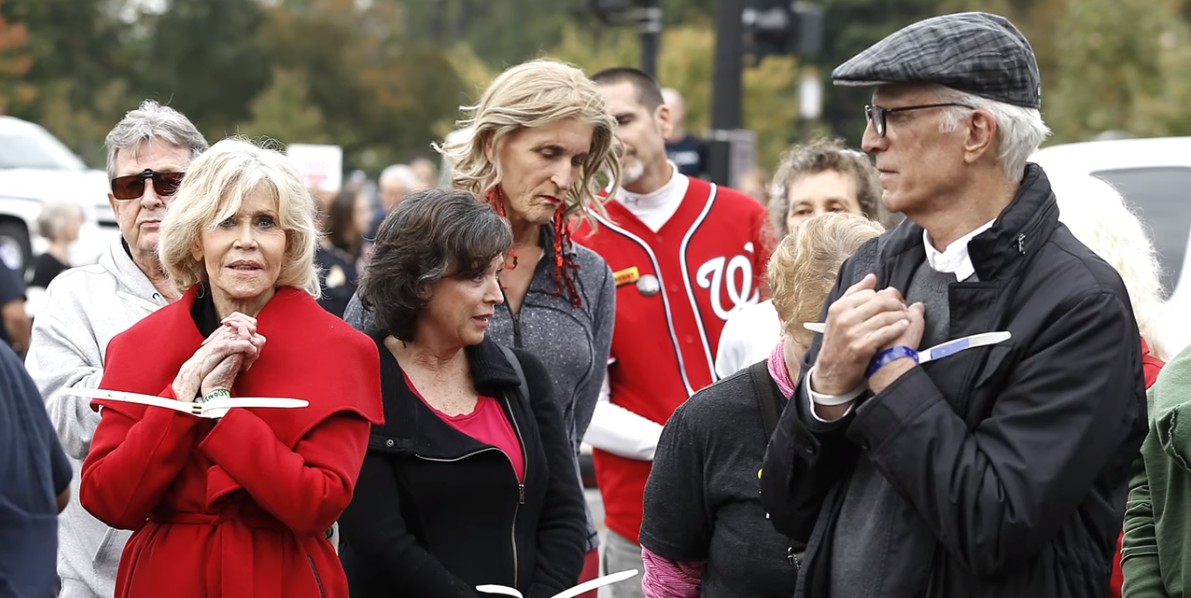 Veteran actress and star of the Netflix show “Grace and Frankie”, Jane Fonda has been arrested in Washington. She was escorted from a climate change protest, in which she was blocking the streets adjacent to the US Capitol building. Fonda was not the only celebrity arrested in the ordeal; Ted Danson, the star of “The Good Place”, was also arrested for his involvement.

Fonda, who has been a strong environmentalist for several decades now, has passionately called for further action against climate change. She cites the youth as her inspiration, particularly the recent of young student activists, like Greta Thunberg. Fonda has said that she will continue to protest every Friday on the Capital steps and has even galvanised further celebrity support.

Ted Danson, who turns 72 this year, believe he could rest on his laurels; however, Fonda quickly changed the veteran actor’s mind. While Fonda had hoped that she could take a temporary hiatus away from the film and television screen to focus on her political activism, she was contractually bound to complete her work on the final season of “Grace and Frankie.” Once the final season of the show airs (likely in 2021), “Grace and Frankie” will officially be the longest running Netflix sitcom in history. Likewise, the final season of Danson’s “The Good Place”, which is also broadcast on Netflix, is currently in its final season.