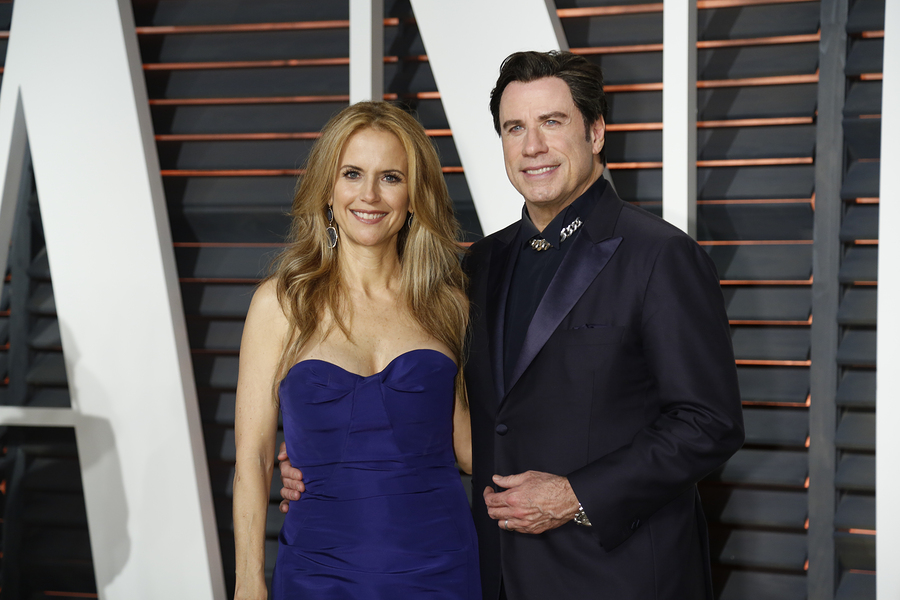 What is John Travolta’s full name?

John Travolta’s full name is John Joseph Travolta, he chooses to go by his real name in his professional career although he drops his middle name for stage credits. John Travolta was known as ‘Bone’ as a child. Despite a few rough patches in his career he has become an internationally recognised name in the entertainment industry.

What is John Travolta’s age?

John Travolta was born on the 14th February, 1954 and is currently 65 years of age. He was born in Englewood, New Jersey. John Travolta started his career as a young Hollywood heartthrob and has moved into older roles as he has aged. He still looks quite young for his age, but has recently gone bald.

Who is John Travolta’s family?

John Travolta is the youngest in family of six children. He is the son of Salvatore Travolta (1912-1995), a semi-professional American football player who later became a tire salesman and Helen Cecilia (1912-1978), an actress and singer who later became a high school drama and English teacher. His older siblings include Joey, Ellen, Ann, Margaret and Sam Travolta. His father was second-generation Italian-American and his mother was Irish-American. He grew up in an Irish-American neighbourhood in a predominately Irish in culture household.

Where did John Travolta go to school?

John Travolta attended Dwight Morrow High School, but he did not graduate. Instead he dropped out as a junior around the age of 17, in 1971, to pursue his acting career. He attended the same school as Sarah Jessica Parker, but did not attend at the same time as her due to their age difference.

Where does John Travolta live?

John Travolta lives in a residential airpark, he is an avid pilot who owns five aircrafts. His home is designed to reflect his passion. The house has two runways and a 16 car garage. The plane theme is carried throughout John Travolta’s entire house. It’s possible to step straight onto the plane from walking out the front door. John Travolta is the spokesperson for Qantas.

What is John Travolta’s height and weight?

John Travolta is approximately six feet tall, or around 183 cm and he weighs around 97kg’s. John Travolta is usually lighter when is not contracted for a movie role but he does often gain weight and muscle for roles. When he was young, Travolta was a dancer and for many years he had a very trim physique. Thanks to his fondness of junk food like cheeseburgers, Travolta had begun gaining weight as he got older. The tabloids regularly report on his weight gain, but with Travolta once again working and busy he is looking slim again.

What nationality is John Travolta?

John Travolta was born in the United States and is an American citizen. He was born to a father who was second-generation Italian American, with family roots in Godrano, Sicily. His mother was Irish American. Travolta’s household was primarily Irish in culture.

John Travolta grew up in a Catholic household but later converted to Scientology. Travolta first joined the Church of Scientology in 1975, after he was given the book Dianetics whilst he was filming the movie, The Devil’s Rain in Durango. After the death of his son, Travolta said the Church did not leave his side. Whilst he is not as outspoken about his religious beliefs as some celebrities, he has long be an advocate for Scientology.

What is John Travolta famous for?

John Travolta is most famous for being an American singer, actor and Dancer. His career began in the 70s, when he quickly became successful. His career later declined before experiencing resurgence in the 90s. He is still currently active and appearing in films regularly.

How did John Travolta’s career start?

John Travolta moved to New York City and quickly landed a role in the musical Grease and on Broadway in Over Here! He later moved to Los Angeles to further his career. His first on-screen role was in Emergency! In 1972. His first significant role was in the horror film, Carrie (1976). He also landed his break through role as Vinnie Barbarino in the sitcom Welcome Back.

What was John Travolta’s breakthrough role?

After receiving the role of Vinnie Barbarino, things took off for John Travolta. He had a hit single, Let Her In on the charts and appeared in The Boy in the Plastic Bubble, Saturday Night Fever and then got the role of Danny Zuko in Grease. Grease was one of the most commercially successful movies of the decade and earned Travolta and Academy Award nomination.  Grease is often the film that John Travolta is best remembered for.

What has John Travolta done since his breakthrough role?

John Travolta’s career suffered in the 80s with a number of critical failures such as Two of a King, Perfect and Staying Alive. He went on to appear in Look Who’s Talking, which was his most successful film since Grease but it wasn’t until he appeared in Pulp Fiction and received an Academy Award nomination that his career started to get hot again. Pulp Fiction led to him being offered a number of great roles and he went on to appear in Get Shorty, Face/Off, A Civil Action, Primary Colors and The General’s Daughter, which were successful. He stayed busy in the 2000s with roles such as Be Cool and Wild Hogs and has appeared in a number of action and thriller films in the 2010s.

What is John Travolta’s net worth?

John Travolta’s net worth is estimated to be around $164.9 million, he earns on average $27.48 million a year. Most of his salary is earned from his acting career, but he also earns thanks to his singing efforts and endorsements. He has had a long standing endorsement relationship with Qantas.

Who has John Travolta married?

John Travolta is married to actress Kelly Preston. The couple got married in 1991 and purchased a house in Islesboro, Maine. Travolta and Preston have said that they regularly attend marriage counseling and that the therapy has helped the marriage.

Who has John Travolta dated?

Does John Travolta have kids?

John Travolta and Kelly Preston have has three kids, a son Jett Travolta who born in 1992 and passed away in 2009, a daughter, Ella Bleu who was born in 2000 and a son, Benjamin who was born in 2010. Jett died from a seizure, aged 16 during a Christmas holiday in the Bahamas. Jett was suffering from Kawasaki disease and has a long history of seizures. It was speculated that Jett has autism and Travolta later confirmed it.