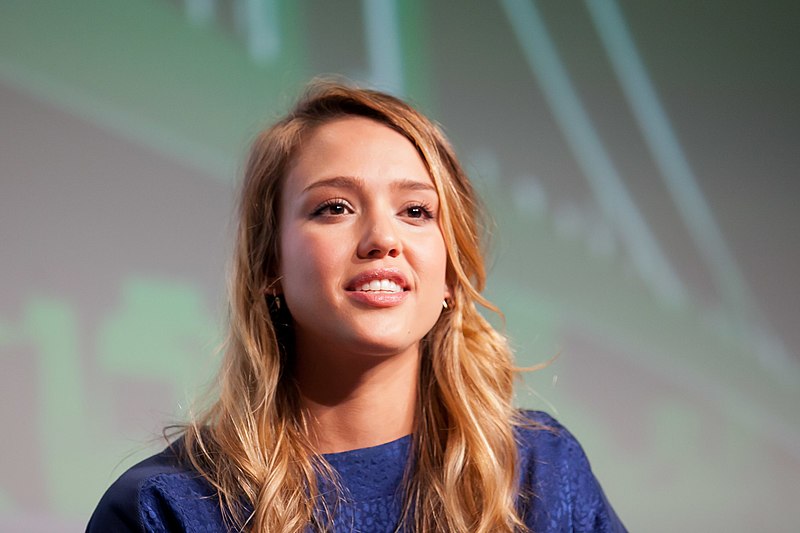 What is Jessica Alba’s full name?

Jessica Alba’s full name is Jessica Marie Alba. She has always used her own name professionally, probably thanks to the fact that it is easy to remember and pronounce. She has famously named her children much more unusual names however.

What is Jessica Alba’s age?

Jessica Alba was born on the 28th April, 1981. She is currently 38 years of age. She was born in Pomona, California. At the height of her career Jessica Alba often topped lists of hottest celebrities. There has been much said in the media about her looks and she is still considered to be one of the most attractive celebrities in Hollywood. Jessica Alba has said that the focus on her looks has harmed her career prospects in the past.

Who is Jessica Alba’s family?

Jessica Alba was born to mother Catherina Louisa (nee Jensen) and father, Mark David Alba. She has a younger brother named Joshua. Alba’s third cousin is the writer, Gustavo Arellano. Her father’s career in the Air Force forced the family to move on a couple of occasions, first to Biloxi, Mississippi, before the moved to Del Rio, Texas, the family then settled in Claremont, California.

Where did Jessica Alba go to school?

Jessica Alba’s childhood involved a number of illnesses and injuries. She twice suffered from a partially collapsed lung, got pneumonia four to five times each year, experience a ruptured appendix and a tonsillar cyst and also suffered from asthma as a child. She had no friends because of how regularly she was in the hospital. Despite her regular illnesses, she still graduated from Claremont High School at the age of 16 before she went on to attend the Atlantic Theatre Company.

Where does Jessica Alba live?

Jessica Alba lives in a $9.9 million Beverly Hills mansion that includes seven bedrooms and six-and-a-half bathrooms as well as a detached two-storey guest house. The 8,829 square foot home has a library and a maid’s quarters.

What is Jessica Alba’s height and weight?

Jessica Alba stands at around 5 feet 6 inches tall, or around 169 cm. She weighs around 56kg’s. She has always had a thin, athletic figure and famously appeared in a bikini on a number of occasions at the height of her career. Jessica Alba follow a regular diet and exercise routine to stay healthy and fit.

What nationality is Jessica Alba?

Jessica Alba was born in the United States and is an America citizen. Her moth is of Danish, Welsh, German, English and French ancestry whilst her Grandparents on her father’s side were both the children of Mexican Immigrants, although they were born in California.

Jessica Alba took part in the genealogy series Finding Your Roots and discovered that her ancestry could be traced back to the Maya civilization. The research showed that her father’s lineage included some Jewish heritage.

Jessica Alba was raised by a conservative Catholic family but left the Church in her adult years, she has come out to say that older men from the church would hit on her and accuse her of wearing provocative clothing, even though she wasn’t.

What is Jessica Alba famous for?

Jessica Alba is most famous for being an American actress and business owner. She began her career at a young age, appearing in her first film at the age of thirteen. She has received a Golden Globe nomination in her career. She later started her business, The Honest Company, which has grown to be a multi-million dollar business as well.

How did Jessica Alba’s career start?

Jessica Alba became interested in acting from a young age. She talked her mother into taking her to an acting competition at the age of eleven and won the grand prize, she was signed to an agent only nine months later. Her first film appearance was in 1994’s Camp Nowhere. She also appeared in television commercials for Nintendo and J.C Penny before appearing in several independent films. She later appeared in the television show, The Secret World of Alex Macks, and the television adaptation of Flipper. Alba also appeared in Beverly Hills 90210, Brooklyn South and Love Boat: The Next Wave. She later appeared opposite Drew Barrymore in the rom-com Never Been Kissed.

What was Jessica Alba’s breakthrough role?

Jessica Alba’s breakthrough role came when she got the starring role in the sci-fi television show, Dark Angel. The show ran for two seasons and earned Alba a Golden Globe Award nomination. In 2003 she appeared in the dance movie, Honey. She next appeared in Sin City, the film was well received and won her an MTV Movie Award. She then went on to appear as the Invisible Woman in the Fantastic Four franchise and earned a role in the 2005 thriller, Into the Blue. She went on to become known for her roles in romantic comedies in the mid-noughties, with supporting roles in Good Luck Chuck, Meet Bill and The Love Guru. She earned a number of Razzie Award nominations over the years for her appearances in films such as The Ten and Little Fockers.

What has Jessica Alba done since her breakthrough role?

Since becoming famous Alba has struggled to maintain her acting career, admitting that she has struggled to get roles because she is took Caucasian for Latino roles and too Latino for some Caucasian roles. She has recently appeared in films such as Machete Kills, Some Kind of Beautiful, The Veil and Mechanic: Resurrection.

What is Jessica Alba’s net worth?

Jessica Alba has an estimated net worth of about $200 million. She has appeared in a number of high grossing films such as Fantastic Four, Little Fockers, Valentine’s Day and Sin City. She has made much of her income from her film roles, but she also runs a company that sells baby and household products called The Honest Company. The company was founded in 2011 and has grown over the years to include beauty and hair products lines.

Who has Jessica Alba married?

Jessica Alba met her husband, Cash Warren (the son of actor Michael Warren) whilst she was filming Fantastic Four. Warren was assisting on the set of the movie, both Alba and Warren were seeing other people when they initially met but began dated shortly after. They broke up briefly in 2007 because Warren was jealous and worried that Alba would meet another man whilst she was filming the Fantastic Four sequel. The couple got married in 2008 after dating for almost four years, the ceremony was private.

Who has Jessica Alba dated?

Jessica Alba met Michael Weatherly on the set of Dark Angel in 2000 and dated him for three years. He proposed to her on her 20th birthday and the couple got engaged but no wedding ever materialized, Alba said that the age difference was a factor and that her parents were unhappy that she got engaged. Jessica Alba has also been linked to Derek Jeter and Mark Wahlberg.

Does Jessica Alba have children?