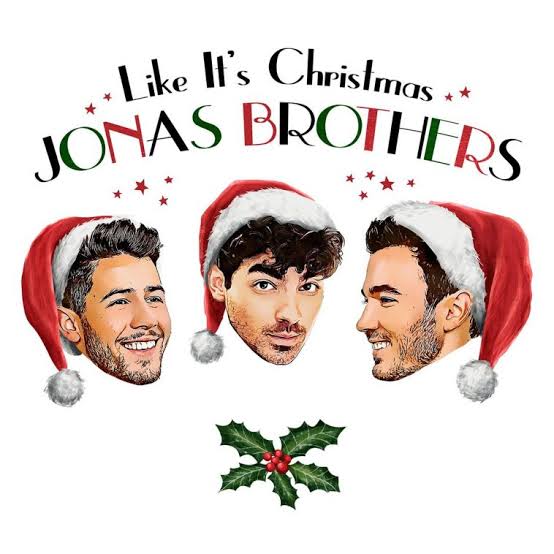 Music group the Jonas Brother have announced that they intended to release their very own original Christmas song titled ‘Like It’s Christmas’ on Friday the 8th.

The trio, Joe, Nick and Kevin Jonas have revealed they were taking inspiration from Mariah Carey (the artist behind ‘All I want For Christmas Is You’) and want to starting Christmas cheer early with a November hit.

In their Instagram post announcing the song, they display the minimalistic hand-drawn art of the band members in Santa hats with the caption “Mariah Carey has given the world the green light, so the holiday season has begun!!! Our brand new original Christmas song #LikeItsChristmas is out on Friday people,”

#LikeItsChristmas is officially out now everywhere 🎅🏼🎅🏼🎅🏼 Hope you guys love it and make sure you add it to your holiday playlists!!

This is not technically their first Christmas song as for the 2007 Disney Channel Holiday Album featured a track called ‘Girl of My Dreams’ by the Jonas Brothers.

The band has had its image change greatly over the decades, starting off as teenage heartthrobs that were heavily promoted by Disney and sold to young audiences alongside other teen stars like Miley Cyrus and Justin Bieber. While they haven’t shaken off their ‘good boy’ image completely, they have reported being surprised that their fans are now old enough to drink and are coming to their shows tipsy.

The band now reports they are tailoring their shows to a more adult, party experience that takes into account audience drinking. Rather than show concern, the band seems to be playing it smart and ‘ageing up’ their performances to provide what they believe the audience wants.