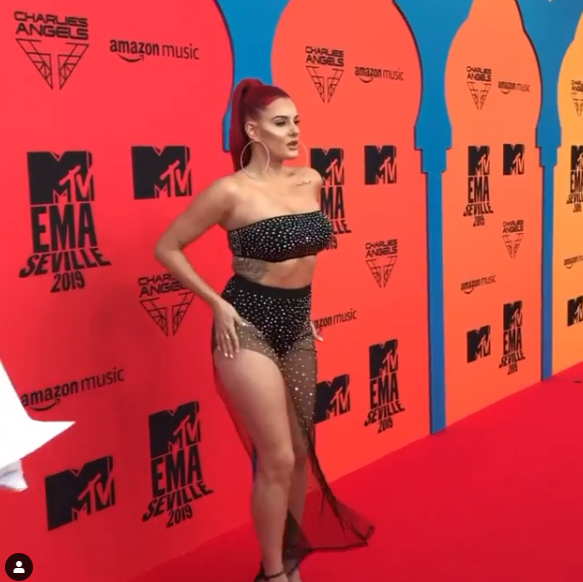 Some of the biggest celeb names in the world hit the red carpet at the Europe Music Awards earlier this month. Hosted by singer Becky G, the event featured a variety of performances, including Green Day, Halsey, Dua Lipa and Niall Horan. Before the event could kick off, however, the focus was all about the amazing, wild and, for some, downright crazy outfits on show.

Contents hide
The worst
The best

Leomie Anderson, a Victoria’s Secret Model, was photographer wearing a particularly crazy flower-inspired dress. However, she wasn’t the only one breaking away from convention. Jasmine Sokko, a Singaporean singer, sported a terrifying outfit that featured a face mask (much like Bane’s) covering her mouth, nose and cheeks. Clearly, the outfit was a reference to the recent Halloween festivities. Argentine actress and singer, Jimena Baron, was clearly showing the most skin of the attendees, wearing a sequin-infused jeans piece, with minimal covering up top.

As is the case with most events, the best dressed were the ones that played it safe and stuck to convention. Nichole Scherzinger, a former member of the Pussycat Dolls, absolutely nailed the red carpet in a bright, red minidress. Terry Crews and his wife, Rebecca King, managed to still clash, despite dressing in theme. Former One Direction star, Niall Horan, played it safe with a simple double-breasted beige suit. Finally, the host, Becky G, was snapped wearing a beautiful, red mullet dress, held together with black heeled boots.