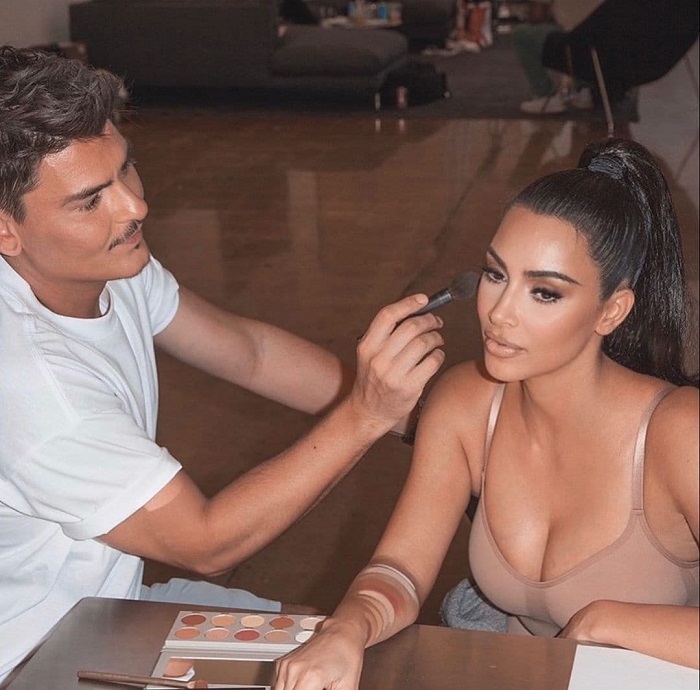 The reality television star faced backlash from fans for a magazine cover she posted on her Instagram.

The magazine cover for 7 Hollywood Magazine, a bi-annual celebrity, fashion and art magazine that is based in Los Angeles, California which most people have not heard of. People noticed that the reality star’s skin looked much tanner than usual in the photoshoot. People speculated branching off from wrong makeup to the wrong body spray used for her shoot. Nevertheless, people were not amused of the outcome.

It mixed up Twitter again, with fans criticizing the photo and others defending Kim. Even celebrities got on the action, with the likes of Amanda Seales, a comedian chiming in and ranting about Kim’s look in the photo. The actress went on saying a myriad of things on how people rationalized her skin tone for the magazine like being a person of color herself, or her having black children. Seales also added that it was an issue for the magazine to release the photo and why nobody had any qualms before it was released.

The comedian also said that the Kardashian-Jenners are rife with adapting elements of other cultures and making it their own. This has some weight to it though, as recent as June of 2018, Kim attended the MTV Awards with Fulani braids. January 2018 she wore the same braids and called them ‘Bo Derek braids’. Back then, people went to Twitter and other social media sites and aired their opinions against Kim’s choice to do the braids.

Earlier this year, Kardashian was also accused by Japanese protestors when she used ‘Kimono’ as the new name for her shapewear line. She was forced to change the name to Skims due to the huge backlash at the time.

The New York Post was approached by a source close to the situation with their Page Six gossip site discovering that the accusations had no tangible basis. The source clarified that the lighting was the primary reason why Kim’s complexion looked darker than usual. The insider also disclosed that there were numerous covers from the shoot where Kim’s skin looked normal. The source added that people are quick to jump into the fire as usual.