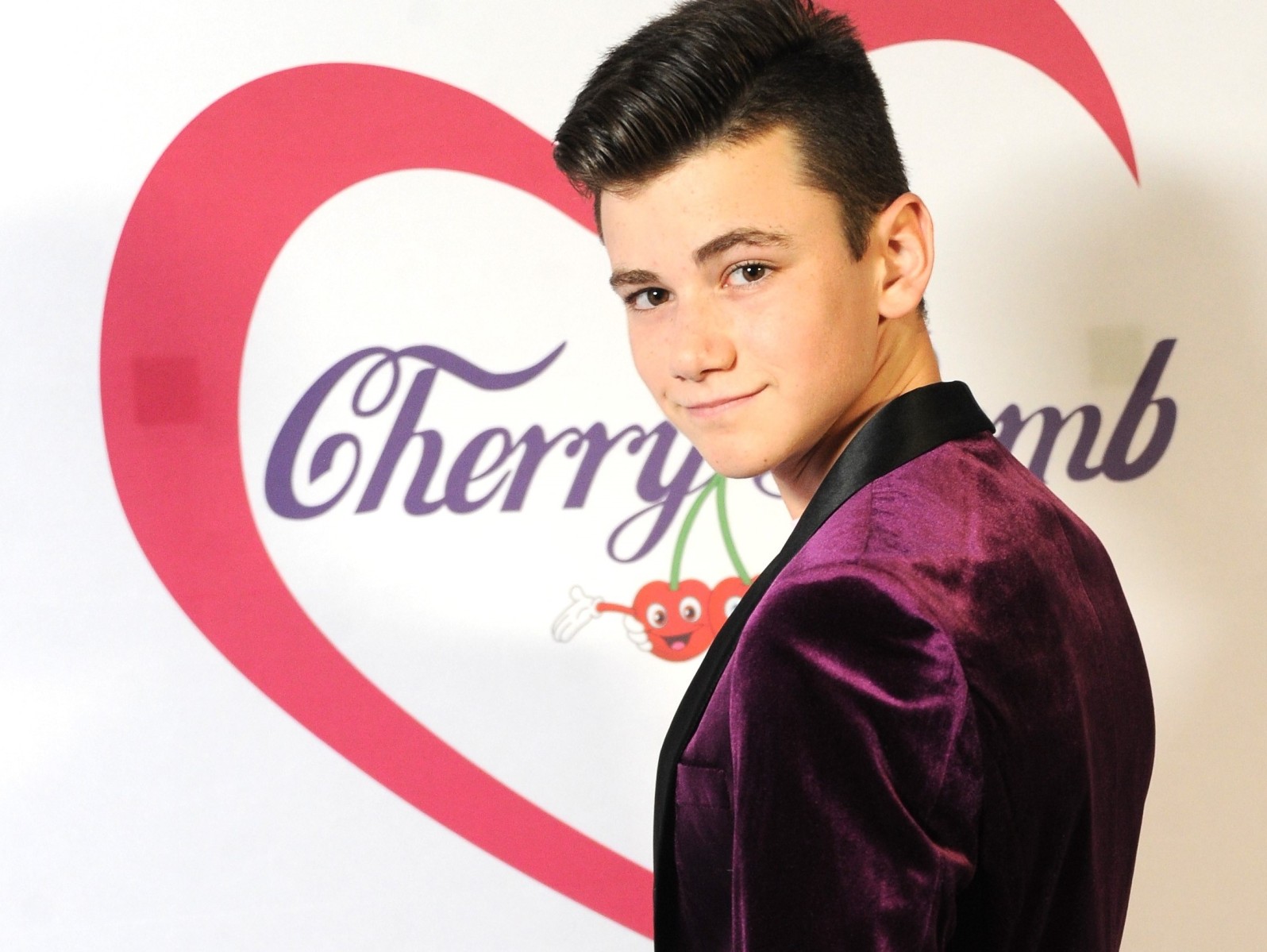 This weekend British teen pop star Alexander James Rodriguez released his latest single and music video, ‘Cherry Bomb’, at a private event in Burbank, California. Full of vibrant colors and complete with an explosive dance routine, the video release party kicked off with a purple carpet to match the teens purple velvet suit and custom pink and purple Vans with the words ‘Cherry’ and ‘Bomb’ on the heals. We caught up with him to chat about the making of ‘Cherry Bomb.’

Alexander, congrats on your latest bubblegum pop song. Can you explain the story behind the song?

Hi guys, thank you. I guess it started with the beat! I loved the music for the song. It felt so fruity and had a zest already to it that I wanted a fruity lyric to go onto it. I began researching raspberries, gooseberries, anything sweet and came across a wild cherry. Wild turned into flower, which transitioned into the metaphors of sweet and sour. I write a lot with my mum, so we brainstormed concepts and landed on a cherry bomb. She told me to research what a cherry bomb was and to think about what that might look like for me. I decided it was a unique and vibrant person who has a striking beauty and an incomparable firecracker personality. A Brit pop Spice Girl with girl power – yet also super sweet and kind. And so began the metaphors – hot temptation, sweet sensation.  I wrote up a Cherry Bomb definition for fun.

[noun] 1. a non-typical person that has striking beauty and an incomparable firecracker personality who sets any room alight with delight 2. a red, globe-shaped firecracker with a long fuse and high explosive capability.

Tell us about the music video. You have a dance routine in this video.

Yes, so the music video for Cherry Bomb was filmed at a 1950’s diner in Downtown Los Angeles with Alexander and four dancers, Isidora Villagra, Jedd Berina, Kaileia Dixon and Mckenzie Cole, and teen model Ava Rose as our “cherry bomb.” Originally, we thought about a school hallway and lockers, but when we were scrolling through location, none really popped until we found the diner.

The dance routine, which was designed for TikTok and Instagram Reels, was choreographed by British dancer Marvin Brown. We have been working with each other for a while on stuff. I had a slightly modified routine to the dancers as I also had to be able to sing!

The film set looked incredible. Were there any fun facts or challenges?

The diner came with different plastic diner food, but my mom was nervous about it not looking good, so she bought cherry blossom for a vase, real cupcakes, muffins, donuts, cakes, fruit, and milkshakes so that everything looked like a real diner setting. It smelled delicious! Too delicious. I popped a strawberry mid-singing and it dropped down my shirt – not a good look. Between takes my mom had to rinse it a little and then used an iron to dry it out. I missed a whole scene of filming with the dancers – everyone is in that part of the video but me! 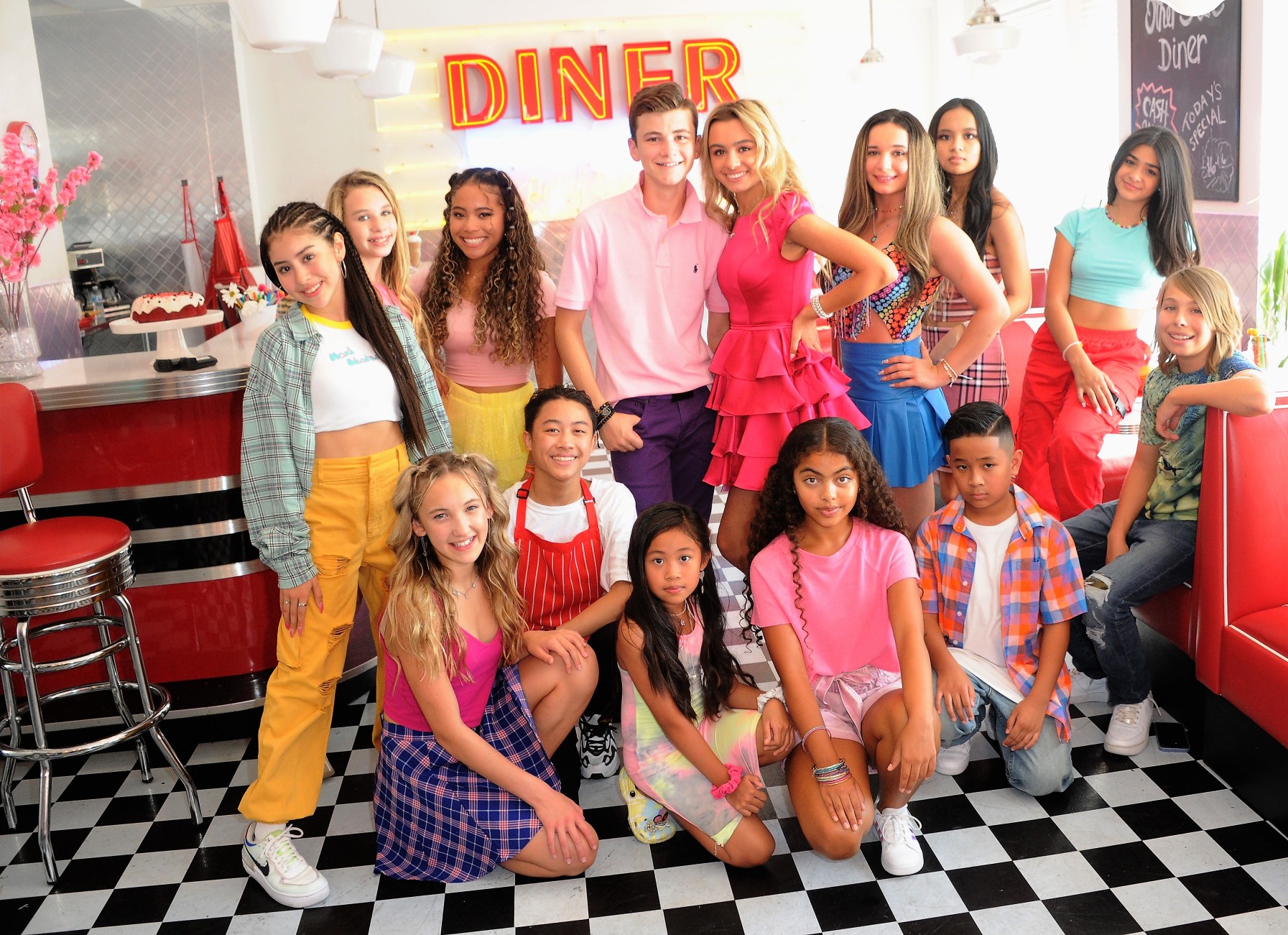 Something fun was we cast a few kids through my Instagram so wanted to offer them something to do during takes. We created a ‘Cherry Bomb’ placemat menu, with coloring pens that could be also kept as a souvenir, and I put it on my website for anyone to download. We also had some printed for the music video launch party and kids enjoyed just sitting and coloring amongst the Cherry Bomb Candy and Frozen Yoghurt Bars.

We couldn’t help but notice your custom Cherry Bomb Vans. Tell us about those.

Ha yes – so I tend to only wear Vans. When we decided to have a ‘Cherry Bomb’ Music Video Launch Party we knew it was going to be purple and pink to match the music video. I created the ultimate Vans to match the theme and added the text Cherry and Bomb on the heals. They are super over the top with pink laces! 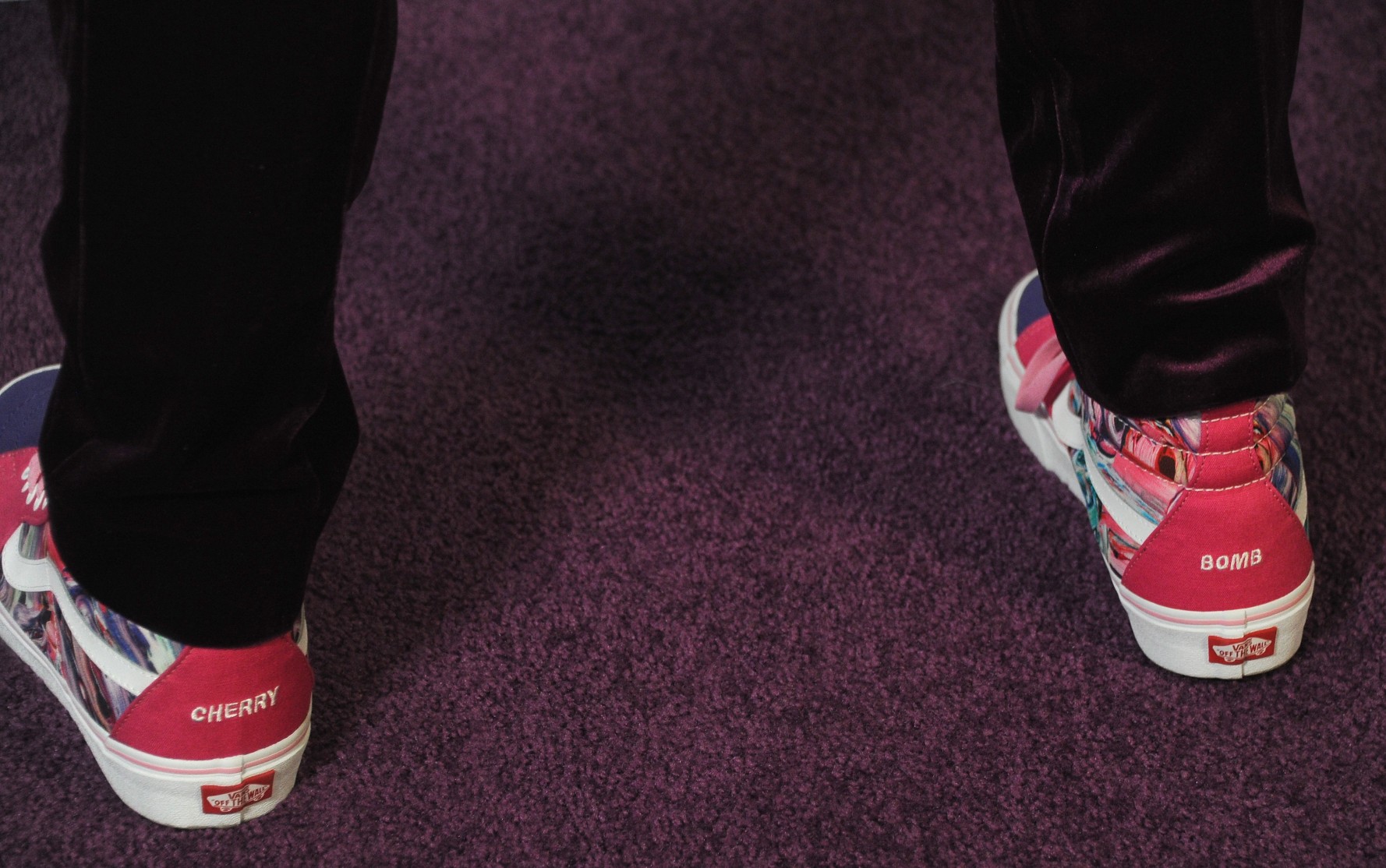 What was your favorite part about the launch party?

I think the highlights for me was everyone coming along and learning the Cherry Bomb dance. I invited industry kids, my school friends and even fans to join me to celebrate. We had a full candy bar, the Cherry Bomb frozen yoghurt bar, chips, more candy, candy floss, and drinks. We also had a gallery of all my music cover art up on the wall so people to follow my music journey. I performed and my dancers joined me on stage – it was a great night. Check out my Instagram for pics and the IG reels remixes! 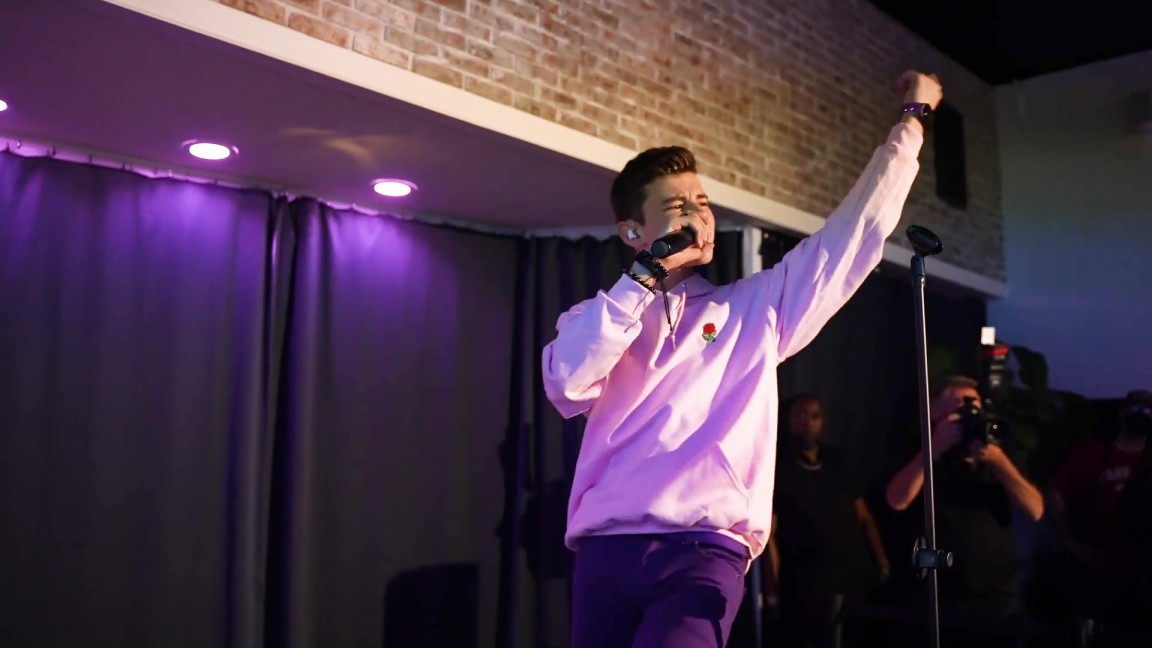 Congratulations on Cherry Bomb Alexander. You are a talented and positive person. We have been following you for a while. Keep up the great work!

‘Cherry Bomb’ from Alexander James Rodriguez is out on all digital platforms. Click the link to choose your favorite music platform via https://ffm.to/cherry_bomb on Spotify, iTunes, Apple Music, Tidal, Deezer and more!