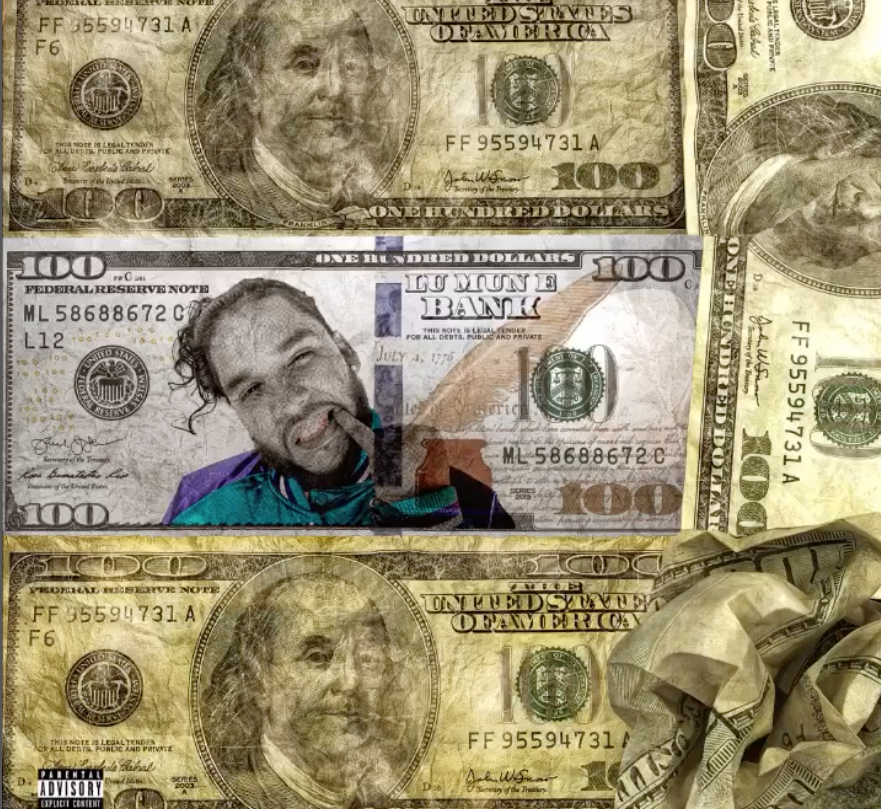 Lu Mun E is an artist and songwriter who sets the bar higher by combining influences from different genres into a really innovative, yet catchy formula. His most recent studio release, “Bank”, is actually a fantastic example of that. This new work highlights Lu Mun E’s ability to straddle the line between trap, old-school hip-hop, and R&B in a very seamless way. Not only is this piece of music so fun and catchy to listen to, but it is also very accomplished in terms of production.

Each instrument is purposefully arranged within the mix, meaning that Lu Mun E isn’t only trying to “fill in the empty spaces,” but rather use sounds and different tonal qualities to create a more enticing texture. The vocals work really well within the context of it all, not only creating some highly memorable hooks, but also fitting the emotion and intention of the lyrics to perfection. The vocal performance falls somewhere in between the grit you might associate to artists like Mac Miller and the melody of performers such as Drake.

Ultimately, “Bank” happens to be the fourth single into the music scene for Lu Mun E in 2022, and we couldn’t think of a better way for the artist to kick off the new year. Having said that, this is definitely not the only recent highlight from Lu Mun E. Recently, the artist actually dropped a fantastic album. The project is called “Money Machine Music,” and it stays true to its title by going the extra mile with an insane approach to production and a collection of amazing hits, spanning the wide creative range of this fantastic studio artist. Each song has somethings special to offer, and the album is a fantastic calling card for Lu Mun E, who seriously took the opportunity to showcase the incredibly broad creative depths that he is capable of in only 8 tracks.

Ultimately, what makes Lu Mun E so special is perhaps the fact that his work feels like a perfect combination of creativity, and ability to see through one’s goals. He is the kind of artist who is determined to keep succeeding in the ever-so competitive world of music, and he continues to dish out world class bangers for his fans to enjoy. In doing so, he is consistently growing his following and taking his music to a whole new level of depth and excellence, as shown on “Bank.” This song has a modern feel, but there are also some old-school elements that make the song all the more warm and engaging, channeling some of Lu Mun E’s raw energy and attitude.

The beat has a raw punch to it, but he is still able to fine-tune things with some great melodies and some easy-to-relate to lyrics that tell a powerful story and hook the listener in with some unique wordplay and great metaphors that add intelligence and wit to the song overall. The combination of great music and smart lyrics is the winning point that makes this particular track all the more special and bright in the music firmament.

All in all, “Bank” is an excellent introduction to Lu Mun E, and it’s a good example what this artist has to offer!

Find out more about Lu Mun E, and do not miss out on “Bank”, as well as many other releases from him; which are all currently available on digital streaming services.