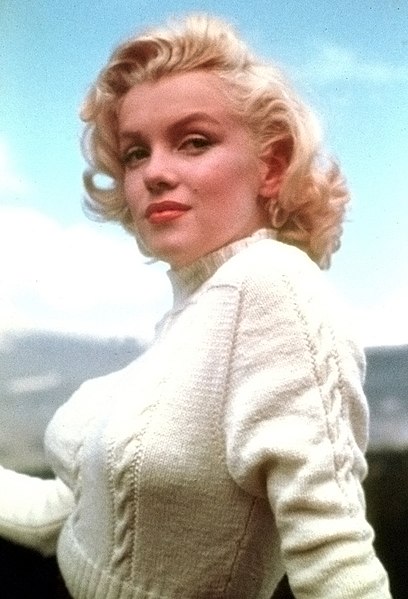 What is Marilyn Monroe’s full name?

Marilyn Monroe was actually born Norma Jeane Mortenson but had her name changed to Marilyn Monroe in her later life as this was the name she used in her professional career. The actress was baptized as Norma Jeane Baker. She kept the name until 1956 when she had it legally changed. After her third marriage she preferred to go by Marilyn Monroe Miller.

What was Marilyn Monroe’s age?

Marilyn Monroe was born on the 1st of June, 1926 in Los Angeles, California. She passed away on the 4th OF August, 1962 at the age of 36. Marilyn Monroe died as a result of an overdose and was found by her housekeeper Eunice Murray. Her death was front page news and led to an uptick in the suicide rate over the following months. Many conspiracy theories surrounding her death later arose with many people suspecting foul play was involved.

Who was Marilyn Monroe’s family?

Marilyn Monroe was the daughter of Gladys Pearl Baker (1902-1984) and Jan unknown father. At the age 15 her mother married John Newton Baker. Marilyn’s mother was born to a poor Midwestern family whilst her father was abusive. Monroe had two half-siblings, Robert and Berniece who were kidnapped by their father and taken to Kentucky. Monroe did not learn she had a sister until the age of 12.

Her mother later married Martin Edward Mortenson but they separated in 1924 and divorced in 1928. Monroe grew up with foster parent Alber and Ida Bolender and was visited by her mother. In 1933 Gladys brought a home and moved her daughter in with her, however in 1934 Gladys had a mental breakdown and was committed to the Metropolitan State Hospital. Monroe became a ward of the state and her mother’s friend took responsibility for her. Monroe life change a lot over the next few years, she lived with several families and was eventually sent to an orphanage She was eventually sent back to live with Grace and Erwin Goddard but was molested by Erwin and then sent to live with different relatives and friends. She eventually found a home with Grace’s aunt.

Where did Marilyn Monroe go to school?

Marilyn Monroe attended Emerson Junior High School and was mediocre in most subjects but excelled in writing. Whilst living with the Goddards she attended Van Nuys High School. In 1942, facing the prospect of being returned to the orphanage Marilyn Monroe married James Dougherty just after her 16th birthday and dropped out of high school to become a housewife.

Where did Marilyn Monroe live?

Marilyn Monroe died in her Brentwood home which is located in Los Angeles. Over the course of her lifetime Marilyn Monroe has lived in 43 different homes. Her Brentwood home was the first one that she had purchased on her own. The home was purchased for approximately $90,000 in 1962. The home had four bedrooms and a small guest house. It was decorated in a Spanish style. The home also featured a swimming pool and a citrus grove. The home recently went up for sale for $7.25 million.

What was Marilyn Monroe’s height and weight?

What nationality is Marilyn Monroe?

Marilyn Monroe was born in the United States and is an American citizen. She is of English, Scottish, Irish and Welsh descent on her mother’s side but her ancestry on her father’s side is unknown.

Marilyn Monroe’s mother was a Christian Scientist and was said to be obsessed with the religion but Monroe spent much of her childhood being raised by Baptists. Monroe doesn’t seem to have believed in religion in early adulthood, she said that during the filming of Gentlemen Prefer Blondes her co-star tried to convert her but she said that she preferred Freud. However prior to her third marriage she converted to Judaism and remained devout until her death.

What is Marilyn Monroe famous for?

Marilyn Monroe is famous for being an American actress, model and singer. She is well known for being a 1950s and 1960s sex symbol and a ‘blonde bombshell’. She often played comedic roles and is a major cultural icon and symbolic of the changing attitudes towards sexuality in America. She was a top billed actress for a decade and in that time her films grossed $200 million (which would be the equivalent of $2 billion today).

How did Marilyn Monroe’s career start?

In 1944 Monroe’s husband Dougherty was shipped out to the Pacific and Monroe moved in with his parents and started a job at the Radioplane company, later that year she met a photographer who was asked to model for morale-boosting pictures. She then quit her job and began modeling. She then moved on her own and signed with a model agency in 1945. She did mostly pin-up modeling and dyed her hair blonde to make her more employable. In 1946 she signed a contract with Paramount Pictures and divorced her husband whom didn’t want her to have a career. In 1947 she had her first film roles in Dangerous Years and Scudda Hoo! Scudda Hay! Eager to make it in acting Marilyn Monroe took acting classed and got a role in Galmour Preferred. During this time she became the protégé of Johnny Hyde and she got a part in the film Love Happy.

What was Marilyn Monroe’s breakthrough role?

In 1950 Marilyn Monroe had a number of minor roles, including supporting roles in the critically acclaimed films All About Eve and The Asphalt Jungle. The roles won her attention and helped to get her a seven year contract with 20th Century Fox. The contract got her roles in the comedies As Young As You Feel, Love Nest and Let’s Make it Legal. In 1952, Marilyn Monroe became a top-billed actress. She became the ‘talk of Hollywood’ thanks to the release of the nude calendar that she had posed for in 1949. She appeared in Clash by Night, Don’t Bother to Knock and We’re Not Married! She also appeared in Monkey Business and O. henry’s Full House. In 1953 Monroe appeared in three films that solidified her reputation as a sex symbol including Niagara and Gentlemen Prefer Blondes. She also made her television debut on the Jack Benny Show.

What has Marilyn Monroe done since her breakthrough role?

Monroe’s contract had remained unchanged despite her rise in popularity. She was suspended by Fox after she refused to film The Girl in Pink Tights due to her low pay. They later settled on a new contract and a $100,000 bonus. Monroe starred in The Seven Year Itch and the River of No Return. Monroe filmed Bus Stop in 1955; her performance in the film won her a Golden Globe nomination. She appeared in The Prince and The Showgirl but her drug addiction and personal issues took a toll on her whilst she was on set. Monroe later appeared in Some Like It Hot which became a commercial success and earned her a Golden Globe. She then appeared in Let’s Make Love, her final film was The Misfits.

What is Marilyn Monroe’s net worth?

Marilyn Monroe had an estimated net worth of $10 million (adjusted for inflation) at the time of her death in 1962. She earned her fortune from her time as a top-billed actress as well as her modeling and singing career.

Who has Marilyn Monroe married?

Marilyn Monroe was married three times during her life. Her first marriage was to next door neighbor James Dougherty whom she married at 16 to help her avoid going back to the orphanage. Marilyn Monroe filed for divorce 1in 1946 after defying her husband’s wishes on not pursuing a career in acting. She later married Yankee star Joe DiMaggio in 1954 but the couple divorced after only 274 days of marriage. Her final marriage was to playwright Arthur Miller on 1956, the couple got divorced in 1961.