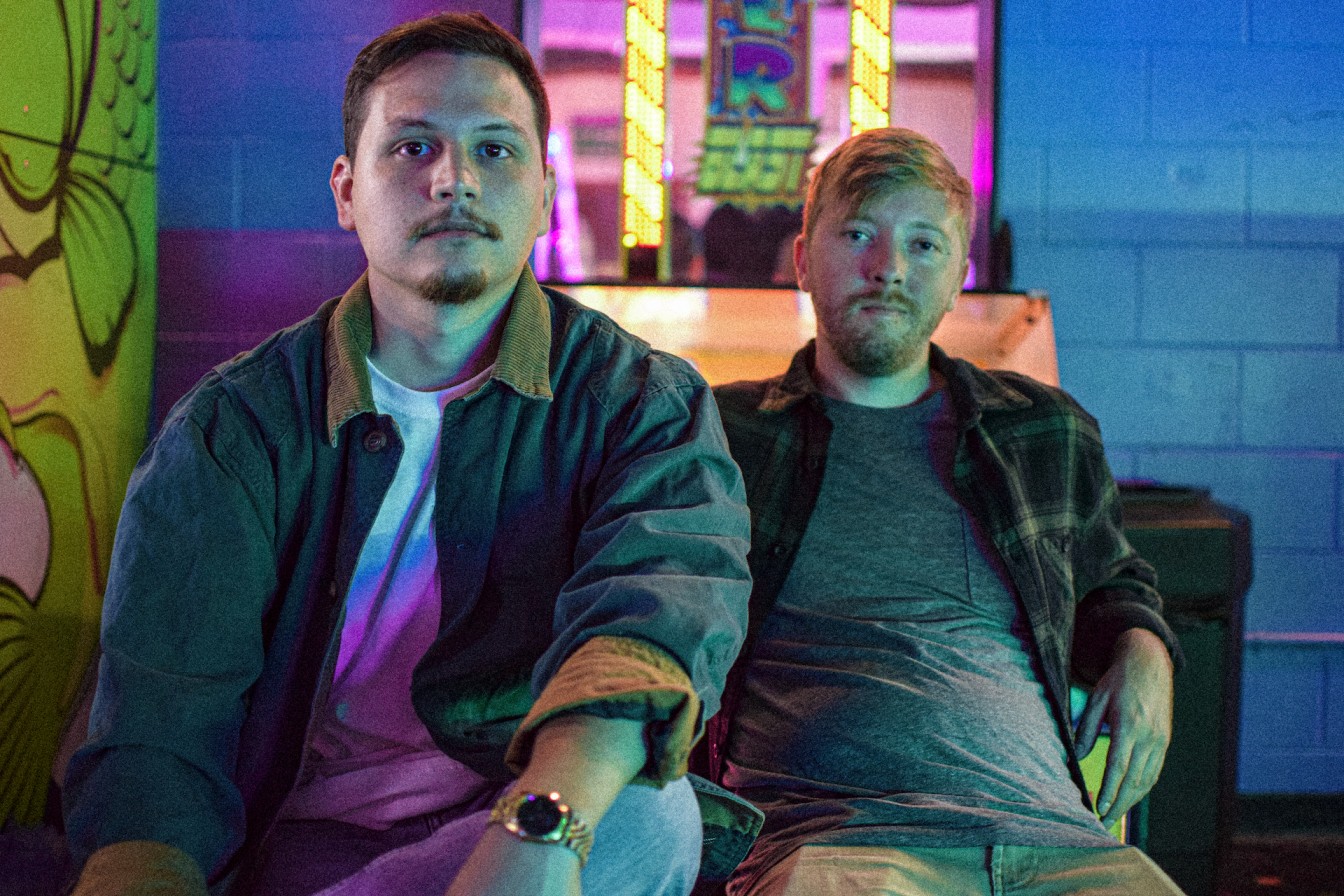 Little Lazy are anything but lazy when it comes to making their dreams a reality. A two piece band from Orlando Florida, Kevin Cook and Brendan Pafford have been working hard to produce hit song after hit song. Combining bluesy guitar riffs with exhilarating choruses, they have become known for their irresistible songwriting skills. With a handful of successful singles already under their belt, this band are not slowing down and have an extremely promising career on the horizon.

Questions: hide
Welcome Little Lazy, can you start by telling us about yourselves and how you formed as a band?
How did you get the name ‘Little Lazy’?
How would you describe the music you make?
Who are the biggest influences on your songwriting?
Congratulations on your new song ‘Rich Man’. Can you tell us a bit about it?
How did you come up with the idea for your latest music video for ‘Bad Girl’?
Your song The Showman was also a hit. Was the process of creating this song and video similar?
Finally, can we expect more from you in the near future? What are your plans?

Welcome Little Lazy, can you start by telling us about yourselves and how you formed as a band?

Thank you! We appreciate you having us. So right off the bat, we’re a 2-piece band out of Orlando, Florida that consists of Kevin Cook on the drums and Brendan Pafford on guitar and vocals. We met on Facebook in 2019 through a mutual friend of ours (hi Liam) when Brendan made a post about seeking a drummer. Kevin likes to joke that we met through a dating app but…that may or may not hold any truth. We had great chemistry on our first day jamming, and even wrote the first song that we ever released “Daytime Shakes” during that session! It’s still a crowd favorite to this day; and also one of ours. 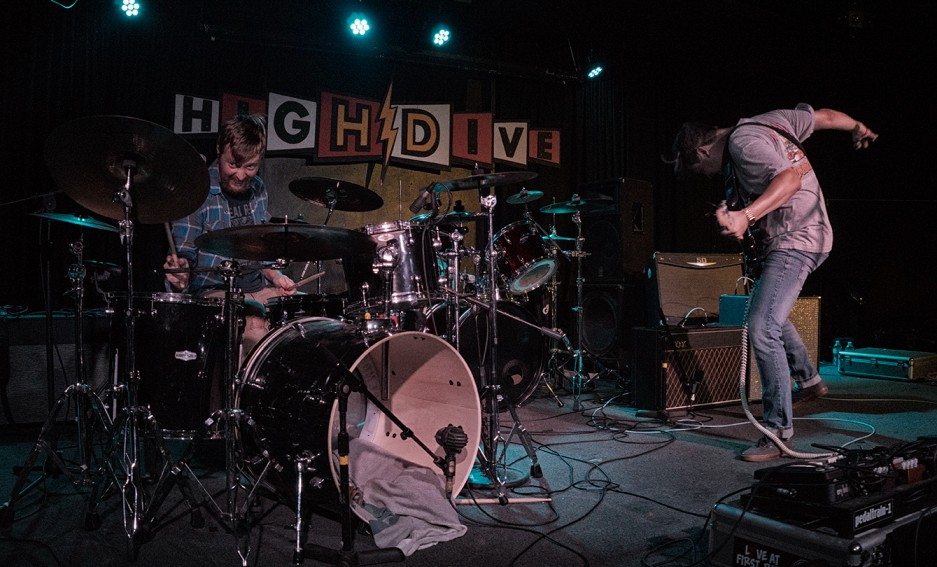 How did you get the name ‘Little Lazy’?

Ah yes. The question we’ve been waiting for! We wish we had a better story, but we think it was more-so a way to describe ourselves. There’s also the irony that we truly do work as hard as we can to reach this mutual dream of ours. But on the surface, we’re cooler than a cucumber in the winter. Kevin’s also a big fan of alliteration. Then we had one of those “Facebook” moments where we called ourselves “A Little Lazy” but decided to drop the “A”. Along with our sloth mascot idea, the name just stuck from there! I mean c’mon, how can you not love a sloth? 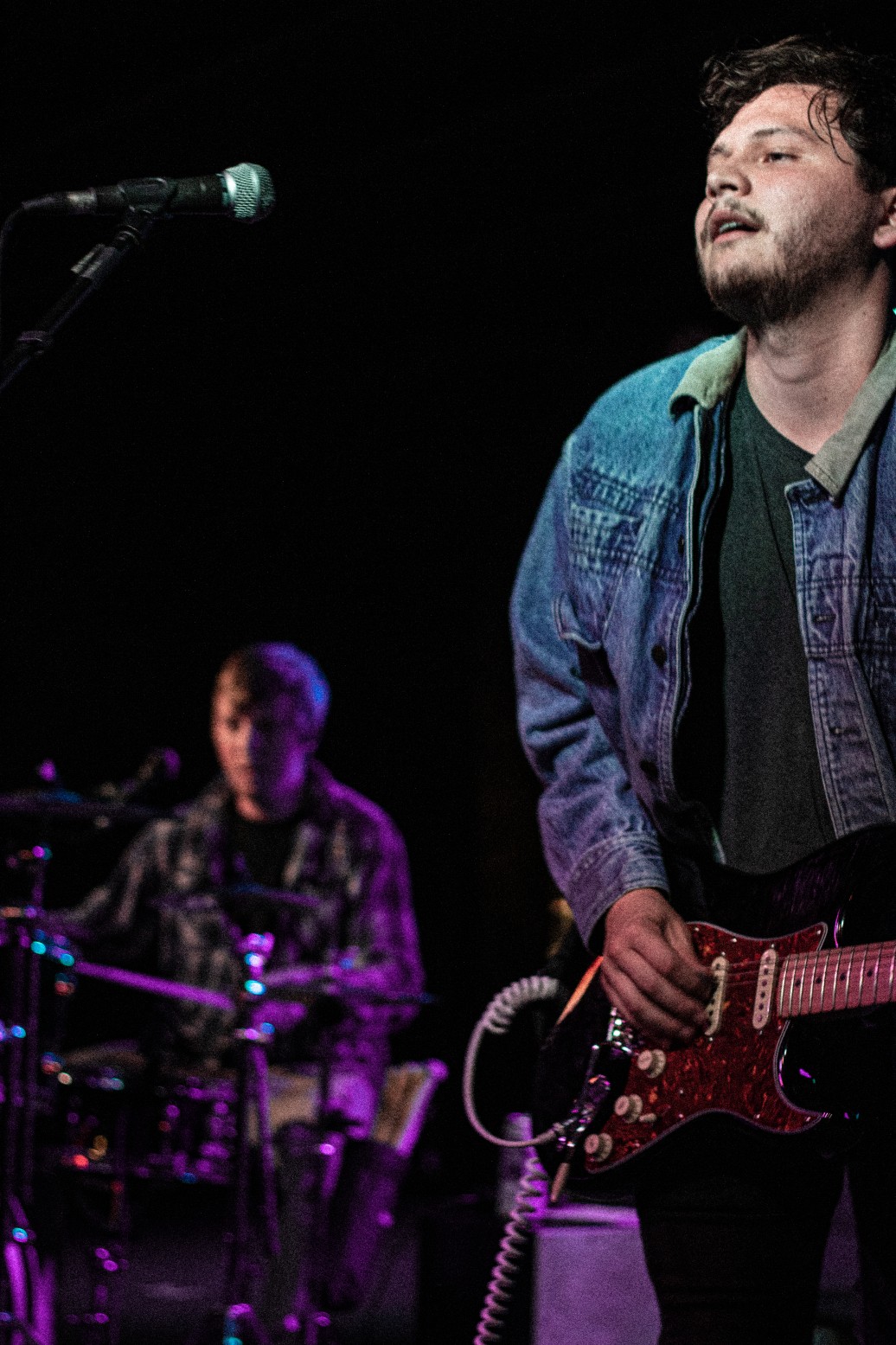 How would you describe the music you make?

Brendan grew up listening to classic rock and blues while Kevin was more into the heavier, punky stuff. When you listen to our music, you’ll always be getting a taste of those flavors. With that being said, we really enjoy our vocal harmonies, beefy guitar riffs, energetic drumming, and just an overall groovy rhythm. We also have to make sure our songs perform well in a live setting. There’s only 2 of us so we have to fill up as much space visually and, more import antly, sonically. We try to make music that will have your hands clapping and your feet stomping from start to finish!

Who are the biggest influences on your songwriting?

In terms of genre, we never wanted to box ourselves in, rather just see what comes naturally. After writing more and more songs, we started gravitating towards bluesy guitar riffs and noisy choruses since they compliment the 2-man set up nicely. We both shared similar influences like The Black Keys, Foo Fighters, Nirvana, and, as of recently, Royal Blood. All those styles started shaping our own sound so we classify ourselves as alternative-blues rock. 9 times out of 10, people say we remind them of The Black Keys or Royal Blood which we’re perfectly fine with. Behold the power of a 2-piece band!

Congratulations on your new song ‘Rich Man’. Can you tell us a bit about it?

Yes, thank you! ‘Rich Man’ is a heavy take on the average, working man’s struggles. Brendan wrote the lyrics during a bad day at work – about being at the bottom of the food chain. The corporate world is no joke and always tends to chew you up and spit you out. This song is a play on perspective, where the employee is imagining his boss as a diabolical figure who only cares about making his next million despite the toll taken on by those on the front-line. Deep right? Brendan goes on to paint the boss figure as someone who will gladly ruin your day while “wearing big boots, sipping cheap booze.” Check it out on Spotify and anywhere else you listen to music!

How did you come up with the idea for your latest music video for ‘Bad Girl’?

We had too much fun making this one! A local bar was nice enough to let us use their space from midnight to around 5am – needless to say it was a long night. The song itself is fairly simple with the chorus saying “I want a bad girl and some good music.” We always love adding a comedic element to spice up our videos and make them more entertaining for us and our fans. Originally, we wanted to cast a stunning, drop-dead gorgeous actress that Kevin would be flirting with at the bar. But due to time and budget constraints, we had to improvise and dress Brendan up as the bombshell beauty. He was irresistible, nonetheless. Check it out on our YouTube below!

Your song The Showman was also a hit. Was the process of creating this song and video similar?

‘The Showman’ is about life on the road as a touring musician – playing for hundreds of people and then going back to your buddy’s house to sleep on their couch. It’s our way of showing the juxtaposition between being on stage, living the “rock star” life, and the not-so-glamorous reality of working in the music industry.

To us, the music video does an excellent job illustrating the hard work that goes behind reaching our goal. Except instead of becoming successful musicians, we’re both competing to win a mouthwatering popsicle on a scorching summer day. We always try making our videos an extension of our music and our team killed this one! 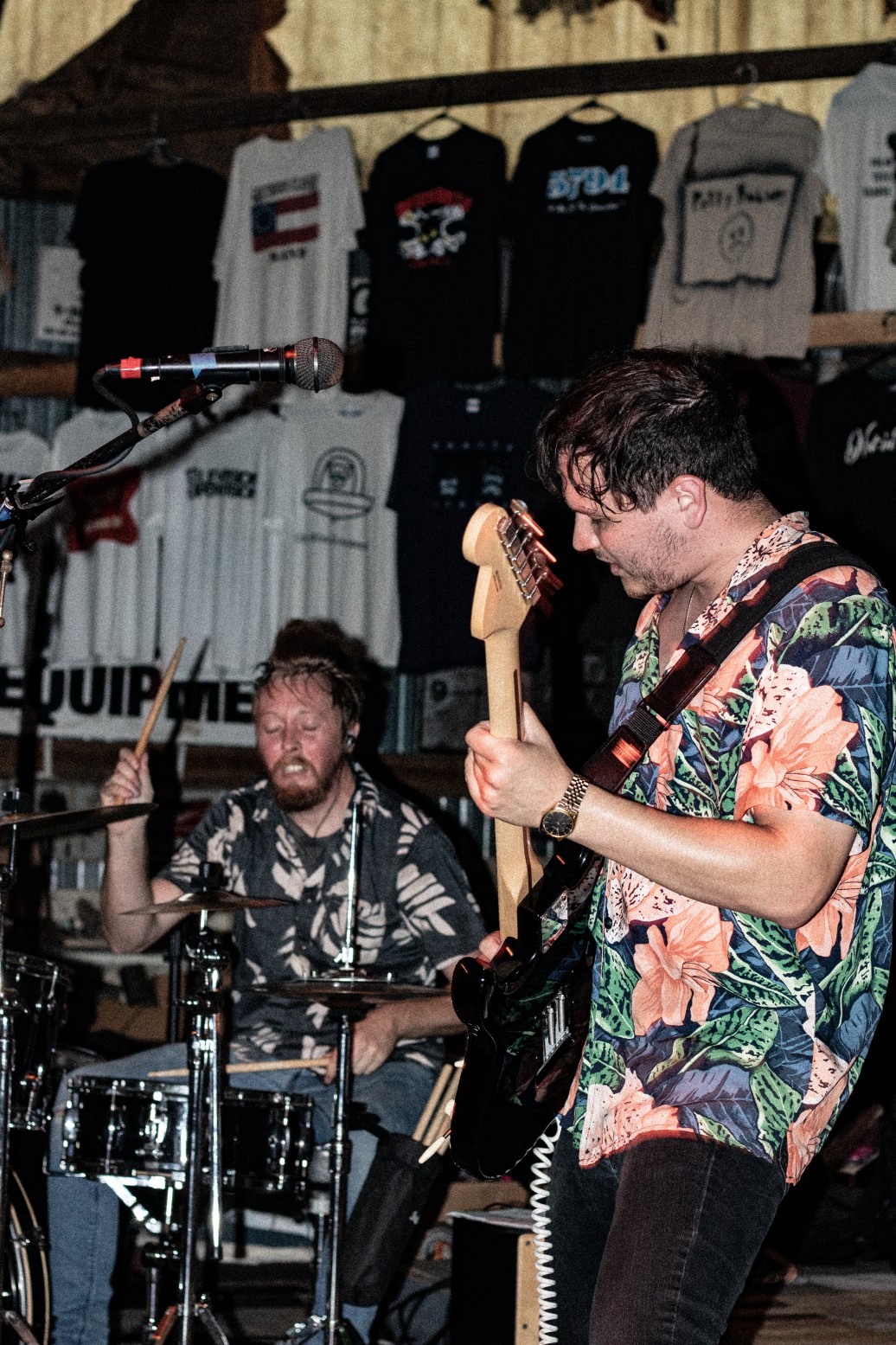 Finally, can we expect more from you in the near future? What are your plans?

Definitely! We’d like to think we’re just getting started. We have more songs and videos set to release throughout all of next year along with tons of shows. Maybe a tour? We’re lucky enough to have an awesome management team (shoutout Self Inc.) who have been helping us with content and constantly setting up new opportunities. We’re SUPER stoked for the future and have no plans of taking our foot off the gas. Make sure to give us a follow on Instagram and Facebook to be a part of our journey! And most importantly, make sure to always #StayLazy.

Thank you for your time!