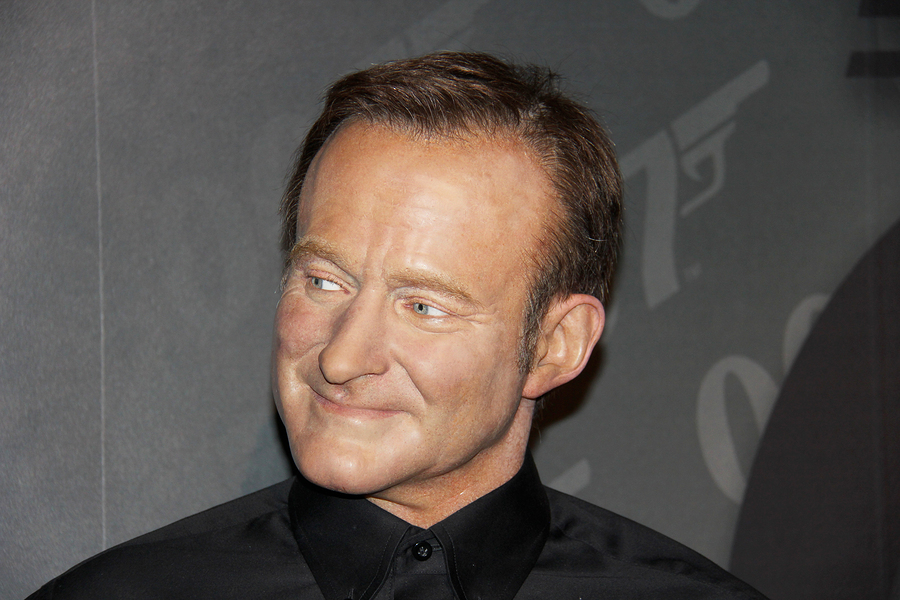 What is Robin Williams’s full name?

Robin Williams full name is Robin McLaurin Williams, he always chosen to go by his real name on-stage and has become one of the best-known and most beloved actors in Hollywood. His children have used his middle name for the name of his first grandchild.

What is Robin Williams’s age?

Robin Williams was born on the 21st July, 1951 in Chicago, Illinois. He died on the 11th August 2014 at the age of 63 in his home in Paradise Cay, California. His death was the result of a suicide. His death was attributed to his struggle with Lewy body dementia which had caused Robin Williams to become anxious, depressed and paranoid. He was cremated and his ashes were scattered.

Who is Robin Williams’s family?

Robin Williams was the son of Robert Fitzgerald Williams, a senior executive in Ford Motor Company’s Lincoln-Mecury Division and Laurie McLaurin, a former model from Jackson, Mississippi. He also has two older half-brothers, Robert and McLaurin.

Where did Robin Williams go to school?

Robin Williams went to Gorton Elementary School in Lake Forest; it was a public elementary school and then went to middle school in Deer Path Junior High School. He was involved in his high school drama department which helped to bring him out of his shell and make him less shy. In 1963, at the age of 12, Williams father was transferred to Detroit. Williams attended the private Detroit Country Day School. They later moved to Marin County and Williams attended Redwood High School. After High School Williams enrolled at Claremont Men’s College but dropped out. He studied theatre at the College of Marin and then got a full scholarship to Juilliard School.

Where does Robin Williams live?

Robin Williams lived in a single storey home with views of the San Francisco Bay. The home was purchased by Williams for $4.08 million in 2008. The home is set around 6,500 feet and features six bedroom and 6.5 bathrooms. The Mediterranean style home was built in 1987 and was transferred into a trust after Robin Williams death, it is now being sold for $7.25 million.

What was Robin Williams’s height and weight?

Robin Williams is 5 feet 7 inches tall or around 170cm and weighs around 80kg’s. He is quite short by Hollywood standards although he is not too far off average height for most American men. Robin Williams was always a slim man but never had the muscular physique that a lot of leading men have.

What nationality is Robin Williams?

Robin Williams was born in the United States and is an American citizen. His has English, Scottish, Welsh, Irish, French and German ancestry. Robin Williams great-great-grandfather was the Mississippi Senator Anselm J. McLaurin.

Robin Williams mother was a Christian Scientist, however Williams was raised in the Episcopal Church that his father belonged to. He sometimes identified himself as Episcopalian but later in life admitted that he did not follow any organised religion.

What is Robin Williams famous for?

Robin Williams is most famous for being an American actor and comedian. His career began with stand-up comedy in San Francisco  and Los Angeles in the mid-1970s. He later established a career in feature film acting. He was well-known for his improvisation and character voice skills. He has often been called one of the funniest comedians of all time.

How did Robin Williams’s career start?

Robin Williams career began with stand-up comedy performances in the San Francisco Bay area in the mid-1970s. He is credited for helping to lead the comedy renaissance during the 1970s. He later moved to Los Angeles and continued performing at clubs including The Comedy Store. In 1977 he was invited to appear on the show Laugh-In. Later his comedy tours started to be televised including Reality…What a Concept.

What was Robin Williams’s breakthrough role?

Robin Williams breakthrough role was in Mork & Mindy, the character of Mork first appeared on a episode of Happy Days and later received a spin-off show. The role was written to accommodate his improvisations. The show turned Robin Williams into a superstar. Mork began to appear all over merchandise and was very popular with children.

What has Robin Williams done since his breakthrough role?

After appearing in Mork & Mindy, Robin Williams went on to transition into film. He appeared in the low-budget comedy Can I Do It…’Til I Need Glasses? His first notable film performance was in Popeye and later in The World According to Garp. He had other small roles including The Survivors and Club Paradise. He then appeared in Good Morning, Vietnam which earned him an Academy Award nomination. He later appeared in Good Will Hunting, Dead Poets Society and Hook. He had a number of dramatic roles including Moscow on the Hudson, Awakenings and Insomnia. He did voiceover work for the Genie in Aladdin and other films including Fern Gully: The Last Rainforest. Robots and Happy Feet. After his death four films starring him were released including Night at the Museum: Secret of the Tomb, A Merry Friggin’ Christmas, Boulevard and Absolutely Anythin.

What is Robin Williams’s net worth?

Robin Williams was regularly estimated to be worth an impressive $100 million during his career, however his net worth had started to decrease close to his death. It’s estimated that he left behind an estate worth $50 to $100 million. The estate includes several real estate holdings, such as his California home and Napa Valley mansion. Williams family went to court over the estate and came to an agreement on its split in 2015.

Who has Robin Williams married?

Robin Williams has been married three times; his first marriage was to Valerie Velardi whom he married in 1978. Velardi and Williams met two years previously whilst he was working as a bartender. They divorced in 1988. Robin Williams then married Marsha Garces, the nanny of his child in 1989. Garces filed for divorce in 2008 and the couple broke up in 2010. His third marriage was to graphic designer Susan Schneider whom he married in 2011 and remained married to until his death.

Does Robin Williams have kids?

Robin Williams has a son, Zachary Pym “Zak” Williams with his first wife, Valerie Velardi. Zak was born in 1983. He had two children with second wife Marsha Garces including Zelda Rae Williams who was born in 1989 and Cody Alan Williams who was born in 1991. Zelda Williams has become an actor like her father, she also directs, writes and produces movies. She was featured in a TV commercial for The Legend of Zelda in 2011. In 2019, Zak William announced the birth of his son, who would have been Robin’s first grandchild. His son is name McLaurin Clement Williams, after Robin’s middle name. His son Cody Williams was married in 2019 on the date that would have been Williams 68th birthday.