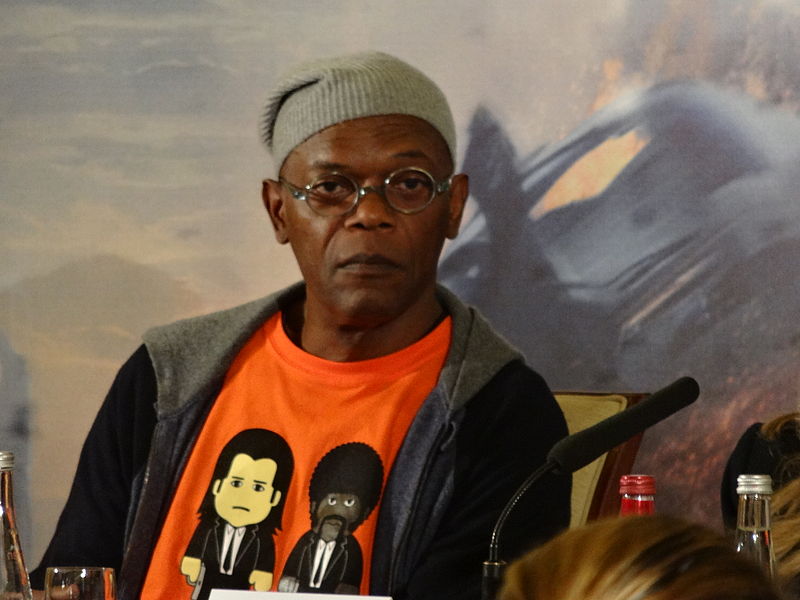 Samuel L. Jackson’s full name is Samuel Leroy Jackson; he shortens his middle name to L. in his professional career, but otherwise chooses to go by his real name. His choice not to shorten his name is an interesting one and likely to lend him some weight in his dramatic roles, and a reflection of his age. Choosing not to go by ‘Sam’ has helped to make him one of the most memorable names in Hollywood, so it’s definitely working for him.

What is Samuel L. Jackson’s age?

Samuel L. Jackson was born on the 21st of December, 1948. He is currently 70 years old and was born in Washington, D.C. He still looks young for his age, and still has a very active career but in recent years has been digitally de-aged for his roles in Marvel films, including Captain Marvel which was set in the 1990s.

Who is Samuel L. Jackson’s family?

Samuel L. Jackson is the son of Elizabeth (nee Montogomery) and Roy Henry Jackson. His father was absent during his childhood and died from alcoholism. Jackson was raised by his mother and grew up as an only child. His mother was a factory worker, and later became a supplies purchaser for a mental institution. He was also raised by his maternal grandparents. He only met his father twice in his life.

Where did Samuel L. Jackson go to school?

Jackson attended a number of segregated school, and eventually graduated from Riverside High School in Chattanooga. He played the French horn and trumpet in his school orchestra as a child. He has a stuttering problem as a child and occasionally still stutters as an adult. He initially wanted to get a degree in marine biology and attended Morehouse College in Atlanta, Georgia. However he discovered his love of acting after enrolling in an acting group for extra credit and switch his majot. He co-founded the Just Us Theatre in 1972.

Where does Samuel L. Jackson live?

Samuel L. Jackson lives in a mansion in Beverly Hills, California. The home is an 11,738 square-foot estate that Jackson purchased for $8.5 million in 2000. The home consists of 3 separate structures, a main house, detached garage and a guest house. They also have a tennis court and a pool which overlooks the hills. Samuel L. Jackson previously lived in a Los Angeles home, and also owns property in New York.

What is Samuel L. Jackson’s height and weight?

Samuel L. Jackson is around 6 feet 2 inches tall or around 188cm and weighs around 83kg’s. He switched to a vegan diet recently. He no longer eats meat or drinks milk in a bid to improve his health and live forever. Jackson has attributed his dramatic 18kg weight loss to his vegan diet and new healthier eating habits.

What nationality is Samuel L. Jackson?

Samuel L. Jackson is American born and an American citizen. He is African-American and likely has some English heritage. Jackson is descended from the Benga people of Gabon and became a citizen of Gabon recently in 2019.

Samuel L. Jackson was raised in a Christian household and attended Church as a child, but says that he only considered himself to be spiritual. He seems to be Christian but not devout, he donated to Church and has done a dramatic reading of the Bible in the past, but does not seem to actively adhere to any particular religious denomination.

What is Samuel L. Jackson famous for?

Samuel L. Jackson is most famous for being an American actor and film producer. He has won a number of awards and accolades over the course of his career and is currently the highest grossing actor in history (even with his cameo appearances excluded).

Samuel. L Jackson began acting in plays in college, appearing in A Soldier’s Play and The Threepenny Opera. He appeared in a number of television movies in the 70s, including Together for Days. After his early roles he moved to New York City and appeared in a number of stage plays including The Piano Lesson. During this time he also became addicted to alcohol and cocaine and missed out on appearing in two Broadway productions as a result. He has minor roles in a number of films and was later mentored by Morgan Freeman. The director Spike Lee cast him in a number of minor roles in the late-80s and he appear in Martin Scorcese’s Goodfellas. In the 90s he entered rehab to deal with his drug addiction and appeared in Jungle Fever, playing a cocaine addict.

Jackson’s first starring role was in National Lampoon’s Loaded Weapon 1 and later appeared in Steven Spielberg’s Jurassic Park. He went on to star in Pulp Fiction in a role that was written for him, it was his thirtieth role but also the one that he is most recognised for. He won a BAFTA award for the role. He later appeared in the successful Die Hard series and A Time to Kill. He appeared in a number of other box office hits in the 90s including Eve’s Bayou, The Negotiator and in George Lucas’ Star Wars: Episode I.

What has Samuel L. Jackson done since his breakthrough role?

What is Samuel L. Jackson’s net worth?

Samuel L. Jackson’s estimated net worth is approximately $220 million. Most of his earnings come from his acting career, but he also earns income from his role as a producer. He also earns some of his salary from his endorsement deals, his brand partnerships include Capital One and Apple. He has also done voiceover work for a number of movies, including The Incredibles and Astro Boy.

Who has Samuel L. Jackson married?

Samuel L. Jackson has been married to former actress LaTanya Richardson for more than 40 years. He has said that their long lasting marriage is the result of their love for each other and understanding of show business.

Does Samuel L. Jackson have kids?

Samuel L. Jackson has one daughter, Zoe Jackson who has done some producing work. She Has said that he father was tough on her when she began dating. She was born in 1982 and is currently 37 years old.