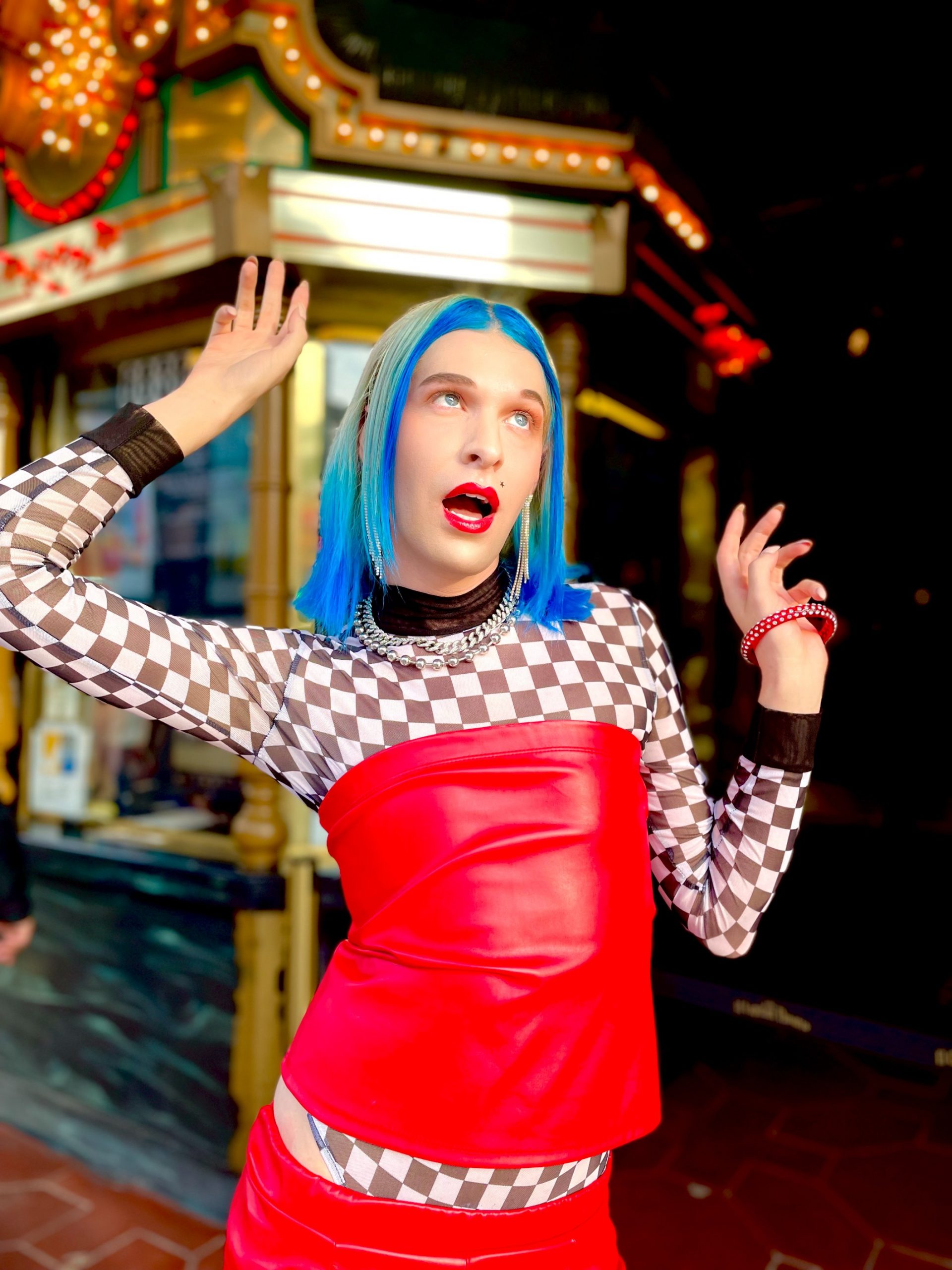 The pandemic has restricted much of the live performance of musicians and artists around the world, Mac Glitzy understands this better than most. Their tour dates have been rescheduled over and over due to the restrictions and variants making their way through the country. To ensure their fans were being satisfied and not disappointed by the furthering obstacles being thrown at them, Mac Glitzy endeavored to create an online spectacular experience that would give their fans the show they were waiting for.

It was an ambitious project, and one that is being replicated by artists around the world and is possible thanks to the increasing popularity of streaming platforms to give a voice and opportunity for artists to perform in new and unique ways.

Contents hide
The Artist
Behind The Scenes
The Show

Mac Glitzy is a 24-year-old non-binary musical artist that is well aware of the unique challenges facing non-binary artists in the modern day. Their developed relationships with their fans have allowed them to truly bloom as an artist, finding refuge in the deluge of support and acceptance and inspiration that their fans give to them. Living in West Hollywood, they have always found challenges to overcome to be heard and to be taken seriously as an artist.

This latest approach is their way of giving back to the fans that have supported them and given them inspiration for the darker moments.

The ambitious production is crafted through the lens of director Ayesha Fernandez and production company No Face Films. Being a production that has a unique and stylized dazzle about it requires a largesse that is atypical in every respect.

Being larger than life themselves, Mac Glitzy elected to go for a one-take approach that is as complicated as it is impressive to pull off. Being such a large-scale production and with a one-take approach, a large stage was required. Enter, the Hollywood sound stage, with each performance vignette from the performer having its own section and production unto itself.

The production was to be a collection of Mac Glitzy’s best known hits, with a reflective appeal and sparkle that would seek to bring out a different emotional powerhouse for each track. Complete with a choregraphed dancers, eclectic wardrobe choices and wildly inventive camera movements, this production which is more a love letter to their fans was shaping up to be something else entirely.

The show kicks off with the famous track “E-Girl Anthem” complete with a choreographed number by the Burlesque School Of The Damned Deviles. Moving in unison to a backstage area after the performance, the audience is charmed with a performance of the Soundcloud sensation “Brain Freeze”, which is encapsulated by a storm of purple palates, reflexive of the electro, emo traping beats that permeate the song.

Glitzy then takes it down a notch or two as they catch their breath and serenades the audience with a candid version of “Butterflies” as they receive a touch up to their hair and makeup by renowned makeup artist Sharon Sophia. After a blink-and-you’ll-miss-it wardrobe change the show goes back to center stage where Mac Glitzy brings out a classic fan-track “Wires & Fences” which is a departure form their usual electronically influenced vibes and more of their classic rock debut which gives new fans a taste of their auspicious beginnings and super-fans a flashback that they were not expecting.

Then we come to the overture, the flaring finale to give the experience a seal that will not leave ambiguity or disappointment. The arguably more famous hit from their repertoire is 2021s “Bottom Of The Ocean” which is played through a raucous crescendo of thunder and simulated lightning and buckets of rain splashing down on the performer and their dancers. 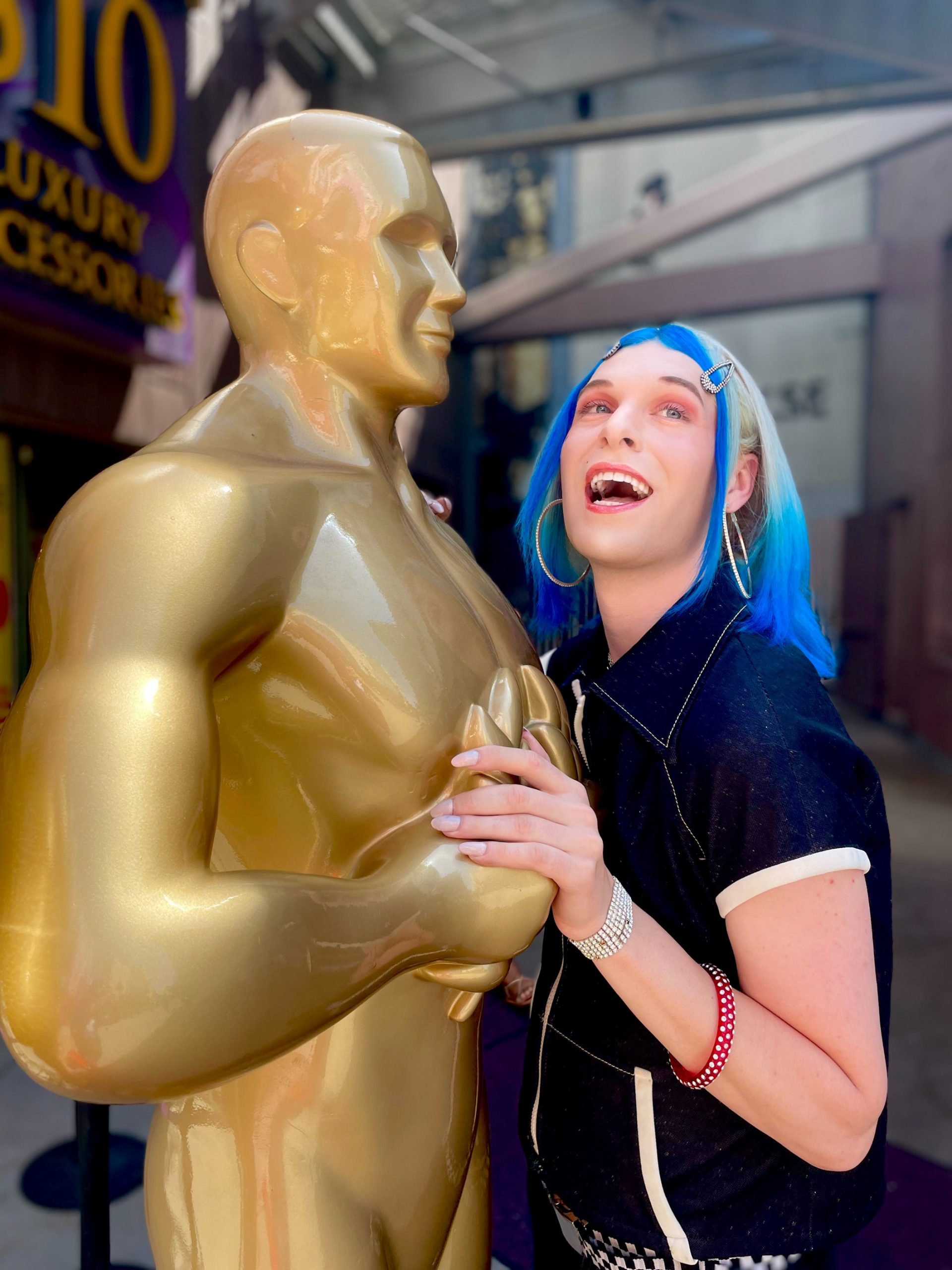 Without missing a beat, the rain-soaked compatriots are able to give this unique experience a send-off that no one is likely to forget.