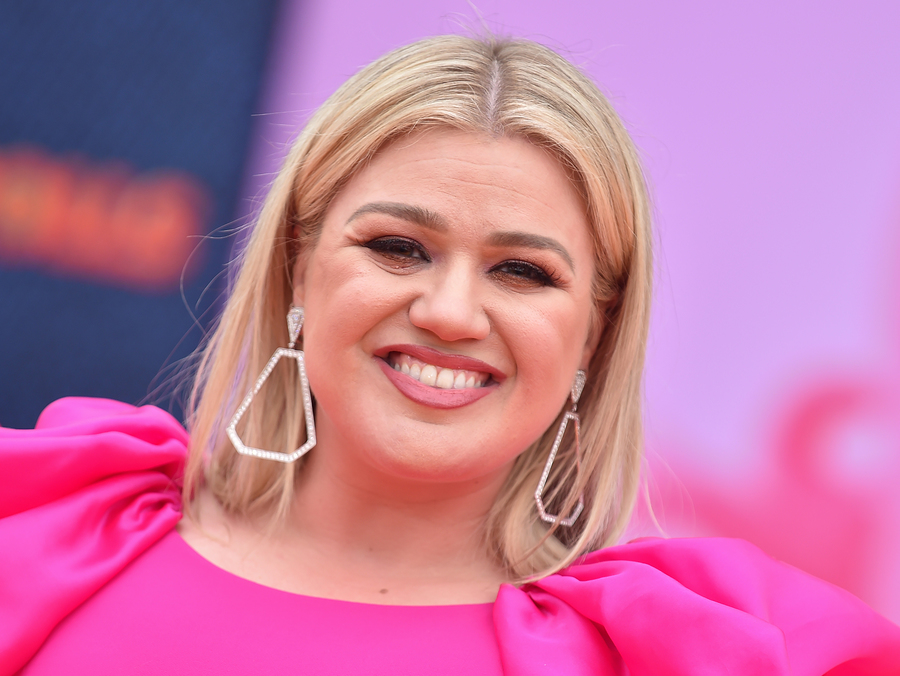 Kelly Clarkson’s full name is ‘Kelly Brianne Clarkson’, she uses her real name in her career and has done since she first began appearing on American Idol and from the time she put out her first album.

What is Kelly Clarkson’s age?

The singer was born on the 24th of April, 1982 and is currently 37 years of age. She was born in Fort Worth, Texas. She has been in the spotlight since her early twenties and has had a successful career since the early noughties.

Who is Kelly Clarkson’s family?

The singer is the daughter of Jeanne Ann, an English teacher and Stephen Michael Clarkson, a retired engineer. She has two older siblings, Jason and Alyssa. She also has two younger half-brothers from her father’s second marriage. The singers parents got divorced when was six, it split her family up as her brother went to live with her father, her sister with their aunt and she remained with her mother. Her mother was also later remarried, to Jimmy Taylor.

Where did Kelly Clarkson go to school?

The singer attended Pauline Highes Middle School where she was asked to audition for the school choir. She later graduated from Burleson High School in 2000, she performed in a number of musicals during her time in high school. After a talent show one of the audience members told her that she was destined to sing, and so she began to pursue classical training, looking to get a college scholarship. She was subsequently offered full scholarships to the University of Texas, the University of North Texas and Berklee College of Music, but she declined all of them, deciding instead to pursue a career.

Where does Kelly Clarkson live?

Kelly Clarkson lives with her family in a 20,000 square-foot home in Hendersonville, Texas. The home is currently for sale for $7.5 million, reduced from $8.75 million. The home is set across siz acres and has seven bedrooms, eight full bathrooms and three half bathrooms. It also includes a lakefront view, private dock, saltwater pool and two spas. 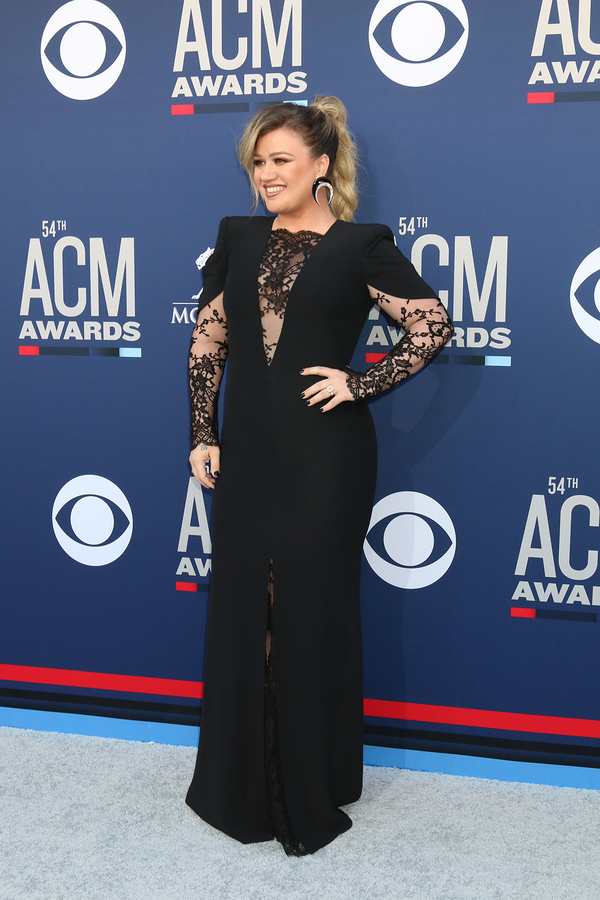 What is Kelly Clarkson’s height and weight?

The singer is approximately 161 cm tall and weighs around 79 kg;s, although her weight fluctuates. Recently she has lost 34 pounds, which she has contributed to subtle diet changes. She has said that she still eats as much as she did before, and the same things just with different flours and other ingredients. She has also said that she hates working out and avoids it, so her weight loss is down to her diet.

What nationality is Kelly Clarkson?

The singer is of an American nationality as was born and raised around Texas. She has a mixed ethnic heritage, with Greek, English, German, Irish and Scottish ancestry in her family’s history. She is descended from republican state senator Isaiah Rose on her mother’s side.

Kelly Clarkson was raised in a Southern Baptist household. She has said that her family was very conservative growing up and that she attended Church every Wednesday and Sunday. She has also said that she was youth group leader and tht she grew up with a close relationship to the Church and God.

What is Kelly Clarkson famous for?

Kelly Clarkson is most famous for being an American singer-songwriter, actress, author and television host. She initially became famous in 2002 after she won the first season of American Idol. The win earned a record deal with RCA Records which lead to release of her debut single and album. The singer has sold more than 35 million albums and 55 million singles around the world. During her career she has had 27 songs reached the Billboard Hot 100 charts in the US. She has had three number one singles during her career. She has received many accolades including, three Grammy Awards, three MTV Video Music Awards, four American Music Awards and two Academy of Country Music Awards. The singer is the first in history to earn a spot on top of Billboards pop, adult, contemporary, adult pop, country and dance charts.

How did Kelly Clarkson’s career start?

Kelly Clarkson began trying to get a recording contract and was offered two with Jive Records and Interscope Records, both of which she turned down as she didn’t want to be only a Bubble Gum pop artist. She travelled to LA in 2001 to try and pursue her career and appeared as a television extra in TV series like ‘Sabrina, The Teenage Witch’ during that time. A lack of opportunities forced her to return to Burleson where she was encouraged by friends to audition for American Idol’s first season in 2002. The singer made her first appearance in the second episode of the show and won the competition in September 2002. The singer was signed immediately after the show to RCA Records, 19 Recordings and S Records by talent manager Simon Fuller who created the show.  The singer released her debut single ‘Before Your Love / A Moment Like This’ and it quickly climbed to number one and became on of the top-selling singles of 2002.

The singer released her debut album ‘Thankful’ in 2003. The album was well received by critics and was commercially successful, going on to sell more than 4.5 million copies around the world and receiving double platinum certification.

The song ‘Miss Independent’ was her first hit in international markets. The song earned the singer her first Grammy Award. She made her first film debut in June 2003, in a rom-com called ‘From Justin To Kelly’, the film was not commercially successful.

The singer began to distance herself from American Idol with the release of her next album. She developed a more rock-influenced record titled ‘Breakaway’ which received critical acclaim and became the singer’s most commercially successful album. The album was one of the best-selling albums of 2005 and topped the charts in a number of countries including in the US. The album was promoted by a World Tour which took places between 2005 and 2006. The album earned the singer two Grammy Awards including one for Best Female Pop Vocal Performance, and best Pop Vocal Album.

The singer released her third studio album ‘My December’ in 2007. The album was subject of  dispute with RCA who wanted certain singles to be re-recorded for a more mainstream sound, but she received. The album was positively received but suffered from a lack of promotion due to the reluctance of her label.

The album sold more than 2.5 units around the world and received platinum certification in the US.

The singers’ fourth album, ‘All I Ever Wanted’ was released in 2009. The album featured a return to a more mainstream pop sound and it debuted at number one. The album earned her a Grammy Award for Best Pop Vocal Album. The album’s first single, ‘My Life Would Suck Without You’ was a major hit. In 2010 the singer released a duet with country singer Jason Aldean, the singer ‘Don’t You Wanna Stay’ became her first number one on the country charts and it sold more than 2.7 million copies making it the best-selling country duet in history. The singer included the same country influenced in her fifth album ‘Stronger’ which was released in 2011, debuting at number two on the charts. The album earned her a Grammy for Best Pop Vocal Album.

The singer released a greatest hits album in 2012 to celebrate ten years in the music industry. The singers sixth studio album was a Christmas record titled ‘Wrapped in Red’. The album debuted at number one on the charts. It later received platinum certification and became the best-selling album of the year.

In 2015 the singer released her seventh album ‘Piece By Piece’ which peaked at number eight on the charts, In 2016 she released her first children’s book, ‘River Rose and the Magical Lullaby’. In 2017 she announced that she had signed with Atlantic Records. She released her eighth album, ‘Meaning of Life’ in the same year. In 2019 the singer began hosting a variety show called ‘The Kelly Clarkson Show’.

What is Kelly Clarkson’s net worth?

The singer has an estimated net worth of approximately $2.5 million thanks to her recording carrer, film appearances and work on X-Factor and The Voice.

Who has Kelly Clarkson married?

The singer is currently married to her husband Brandon Blackstock who was the son of her talent manager. The couple has been married since 2013.

Does Kelly Clarkson have kids?