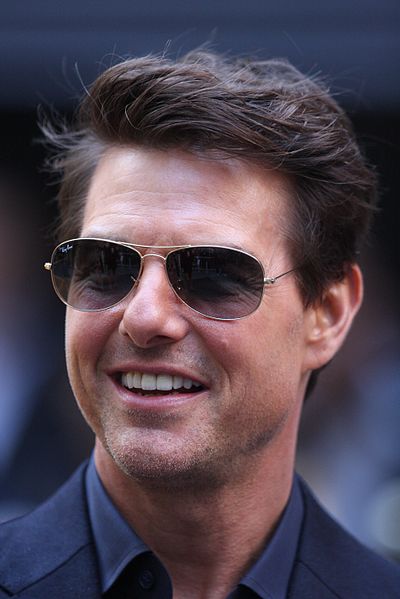 What is Tom Cruise’s full name?

Tom Cruise’s birth name was Thomas Cruis Mapother IV, he was named after his father, Thomas Cruise Mapother III. His grandfather and great-grandfather also shared the name. When he began his film career he began going by the shorter and catchier name, Tom Cruise.

What is Tom Cruise’s age?

Tom Cruise was born on July 3, 1962 and is currently 57 years old. He was born in Syracuse, New York after his parents moved from Louisville, Kentucky. Tom Cruise has aged gracefully and looked exceptional for his age, he barely shows any signs of greying hair or wrinkles. Cruise’s career is still going strong and he is still featured in roles to similar to the ones that made his a Hollywood heartthrob back in the day.

Who is Tom Cruise’s family?

Tom Cruise is the son of Mary Lee, a special education teacher and Thomas Cruise Mapother III and electrical engineer. Both of his parents were originally from Louisville, Kentucky. He has three sisters Lee Anne, Marian and Cass. His ancestry is English, German and Irish. Cruise’s ancestor, Patrick Russel Cruise was born in Ireland a moved to New York in 1825. Tom Cruise’s cousin, William Mapother is also an actor. Cruise grew up in relative poverty and described his father as a ‘bully’ saying that he often beat him.

Where did Tom Cruise go to school?

Part of Cruise’s childhood was spent in Beacon Hill, Ottawa where Cruise attended Robert Hopkin’s Public School for two years. Cruise took part in an improvised play and became involved in drama during this time. In the sixth grade he moved to Henry Munro Middle School, but his parent split up and his mother took him back to the US. He briefly attended a Franciscan seminary on a scholarship. He attended 14 schools in 15 years in total. He eventually graduated from Glen Ridge high school, New Jersey in 1980.

Where does Tom Cruise live?

Tom Cruise has a number of lavish homes around the world located in places such as Beverley Hills, California, Telluride, Colorado, Dulwich, London and East Grinstead, West Sussex. Currently he is said be residing in his Clearwater, Florida home. The multi-million dollar penthouse is located only 400 yard away from the Church of Scientology’s flag building.

What is Tom Cruise’s height and weight?

Tom Cruise is famously short in stature for a Hollywood actor, at only 5 foot 7 inches, or 172 cm tall. He is regularly seen wearing shoes with lifts for extra height but has not made an issue of appearing alongside taller actors and actresses. His weight is 67kgs, and he is often described as being in shape but he is not overly muscular or athletic.

What nationality is Tom Cruise?

Tom Cruise was born in Syracruse, New York and is American although he has lived in a number of other countries including Canada and England. Tom Cruise had Irish, English and Welsh ancestry. His ancestor first came over to the United States in the 1800’s and originally settled in New York.

Tom Cruise is famously known for being an advocate of the Church of Scientology. He first became involved in the religion in 1990 and has credited the religion with helping him overcome his dyslexia. Cruise regularly promotes the religion and has campaigned to have it recognised in Europe as an official religion. His religious belief reportedly negatively impacted him marriages but despite this Tom Cruise has remained in the religion for more than 30 years.

What is Tom Cruise famous for?

Tom Cruise in an actor and film producer, he first became popular with films such as Risky Business and the action drama Top Gun. He received widespread critical acclaim for his roles in Rain Man, The Colour Of Money and Born On The Fourth Of July, for which he won a 1989 Golden Globe Award

. He has been in many commercially successful films since his original debut in the 80s.

How did Tom Cruise’s career start?

Tom Cruise moved to New York City at age 18 to pursue acting. He later moved to LA to get acting roles. His first film appearance was a bit part in Endless Love which was followed by a supporting role in Taps. It only took Tom Cruise a few years of working as an actor to achieve relative success and he quickly became popular enough to get larger roles.

What was Tom Cruise’s breakthrough role?

In 1983, Tom Cruise got his breakthrough role in Risky Business which established his status as a superstar. His roles in Legend and Top Gun further helped to establish him in Hollywood. He continued to do well throughout the 90s, with a Days of Thunder and Interview with a Vampire. One of his major roles was as superspy Ethan Hunt in Mission Impossible, which went on to become a highly successful franchise.

What has Tom Cruise done since his breakthrough role?

Tom Cruise has had a number of big roles in films since he first became famous in the 80s. In 2001 he appeared in the Steven Spielberg thriller Minority Report, and in 2003 he was in The Last Samurai. In 2005 Cruise made an appearance in War Of The Worlds. He has also returned to his role as Ethan Hunt in the Mission Impossible franchise a number of times and more recently has appeared in The Mummy.

What is Tom Cruise’s net worth?

Tom Cruise’s net worth is $570 million dollars, which makes him the second highest earning actor in the world. His recent roles in the Mission Impossible sequels have earned him up to $75 million dollars. His high net worth can be easily attributed to the commercial success of his movies, some of which earned more than a billion dollars.

Who has Tom Cruise married?

Tom Cruise has been married three times in the past. His first marriage was to actress Mimi Rogers, they were married in 1987 and divorced three years later in 1990. Mimi Rogers was the one to introduce Tom Cruise to The Church of Scientology. His second marriage was to Nicole Kidman, they married in 1990 and divorced in 2001. In 2006 Tom Cruise and Katie Holmes were married, the divorced in 2012.

Who has Tom Cruise dated?

Tom Cruise has been linked to a number of other women over the years. In the 80s he was regularly linked to older women, including Rebecca De Mornay, Patty Scialfa and Cher. He has also been linked to Penelope Cruz and British-Iranian actress Nazanin Boniadi.

Does Tom Cruise have children?

Tom Cruise and Nicole Kidman have two children together whom they adopted when they were married. Isabella and Conor are now adults but chose to live with Tom Cruise as part of the custody arrangements following the divorce. It was revealed that Nicole Kidman suffered an etopic pregnancy and that she was unknowingly pregnant when Cruise filed for divorce. He also has a child, Suri Cruise, with Katie Holmes. Suri Cruise now lives with her mother.