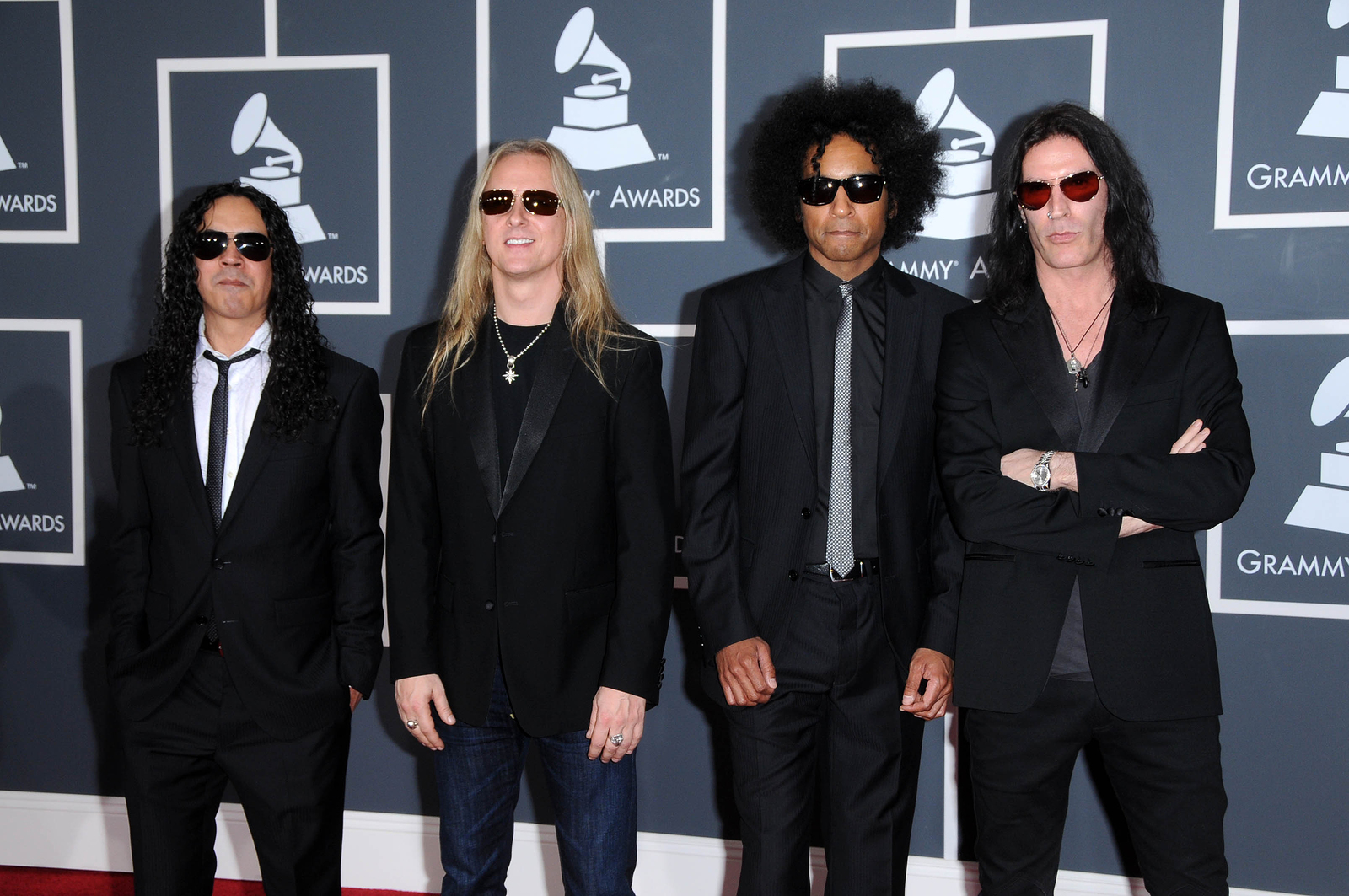 What are the Alice In Chains famous for?

Alice In Chains often known as AIC is famous for being an American rock band from Seattle which was first founded in 1987. The band was founded by Jerry Cantrell and drummer Sean Kinney who later recruited bassist Mike Starr and vocalist Layne Staley. Starr was later replaced by Mike Inez in 1993 and Willam DuVall joined the band in 2006 following the death of Staley. The band got its name from Staley’s previous glam metal group which was called ‘Alice N’ Chains’.

The band is often associated with grunge music but their sound often includes heavy metal elements and they are known for their distinct vocal style which involves harmonised vocals between Staley and Cantrell. They are known for being a two vocal band and have released six studio albums since they first began their career.

The band first rose to international fame during the grunge movement in the early 1990s alongside bands like Nirvana and Pearl Jam. The band has sold more than 30 million records around the world, with more than 14 million records sold in the US alone. The band has had 18 top ten songs on the Mainstream Rock Tracks charts and has received 11 Grammy Award nominations during their career. The band was very inactive between 1996 and 2002 due to Staley’s substance abuse issues. After his death, the band reunited in 2005 and bought William DuVall as the lead vocalist. Since then the band has toured extensively and released several new albums, including 2018’s ‘Rainier Fog’ which received a Grammy nomination for Best Rock Album.

How did the Alice In Chains career begin?

Prior to the formation of the band, Layne Stanley auditioned for the glam metal band called Sleze. Around this time the band was discussing changing their name to ‘Alice in Chains’ after attending a show where the backstage passes said ‘Welcome to Wonderland’. They began talking about Alice in Wonderland and Klatt suggested ‘Alice in Chains’ and they decided to change it but decided to spell it ‘Alice N’ Chains’ to avoid any concerns about females in bondage.

Staley and guitarist Jerry Cantrell met at a Seattle party in 1987 and became roommates. Alice N’ Chains disbanded and Staley joined a funk band whilst Cantrell’s band Diamond Lie also broke up. Staley gave Cantrell the phone number for Kinney and they met up and also contacted Mike Starr to join the band. Staley’s band needed a guitarist and he asked Cantrell to be a sideman, he agreed if Staley would join his band as their lead singer. The funk project later broke up and Staley later joined full-time.

The band played a few songs under different names before they settled on Alice in Chains. Local promoted Randy Hauser offered to pay for demo recording for the band but the studio was closed down by a police cannabis raid a day before they were due to record. Their first demo ‘The Treehouse Tapes’ was recorded in 1988 and sent to Kelly Curtis and Susan Silver who also managed Soundgarden. Curtis and Silver passed the demo to Columbia Records who signed them to the label.

The band quickly became a priority for the label who released the EP ‘We Die Young’ which peaked at number 42 on the Billboard 200 chart. They then released an album ‘Facelift’ which eventually reached number 27 on the charts and became critically successful. The album was certified Gold in 1991. In the same year, the band became the opening band for the Clash of Titans tour and the following year received a Grammy nomination for Best Hard Rock Performance.

In 1992 the band released an EP called ‘Sap’ which received Gold certification in two weeks.

What was the Alice In Chains career breakthrough?

The band returned to the recording studio in March 1992 and released their album ‘Dirt’ which peaked at number six on the Billboard 200 charts. The album contained five top thirty singles and the band became the openers to Ozzy Osbourne’s tour. Starr left the band in 1993, at the time saying it was to spend more time with family but later claiming he was fired due to his drug addiction. He was replaced but Mike Inez who joined them in London. Following an extensive world tour throughout 1993, the band recorded the acoustic EP ‘Jar of Flies’ in 1994. The EP debuted on top of the Billboard 200 charts. After the EP’s release, Staley entered rehab for his heroin addiction. The band was scheduled to tour in 1994 but Staley’s addiction prompted them to go on hiatus.

What have the Alice In Chains done since their career breakthrough?

The band was inactive during 1995, but Staley joined the grunge supergroup Mad Season which released one album.

In late 1995 they released the album ‘Alice in Chains’ which featured Cantrell on lead vocals. The band decided not to tour to promote the album. In 1996 the band resurfaced to perform on MTV Unplugged. The band never officially disbanded after that but Staley became a recluse after the death of his fiancée. Cantrell released a solo album in 1998 before Staley reunited with the band to record two new songs. After touring for Cantrell’s solo band, Sean Kinney formed a new band and Mike Inez joined a supergroup.

In 2002 Cantrell completed his second solo album ‘Degradation Trip’ which was about the demise of Alice in Chains. After battling drug addiction for more than a decade Staley was found dead in his home in Seattle in 2002. The autopsy found that he had died two weeks before he was found.

In 2004 Sony Bmg terminated their contract with the band, more than a decade after they’d signed.

Cantrell began to hang out with William DuVall from the band Comes with the Fall around 2000 and asked him to join them during their reunion concerts.

The band began working on new material in 2007 but did not enter the recording studio until the following year. In 2009 they released the song ‘A Looking in View’ which was nominated for a Grammy Award for Best Hard Rock Performance. The band headlined Australia’s soundwave festival in 2009. Their new album ‘Black Gives Way to Blue’ debuted at number five in the US and received Gold certification.

The band’s bassist Mike Starr was found dead in 2011. In March of that year, the band announced that they were working on a new album. The album titled ‘The Devil Put Dinosaurs Here’ debuted at number two on the Billboard 200 charts. They toured extensively throughout 2013 and 2014 to promote the album. They toured again in 2015 and 2016 for the Guns N’ Roses ‘Not In This Lifetime..Tour’.

In 2018 the band released its album ‘Rainier Fog’, it debuted at number twelve on the Billboard 200 chart and number one on the Top Rock, Alternative and Hard Rock charts. The album also received a Grammy nomination for Best Rock Album.