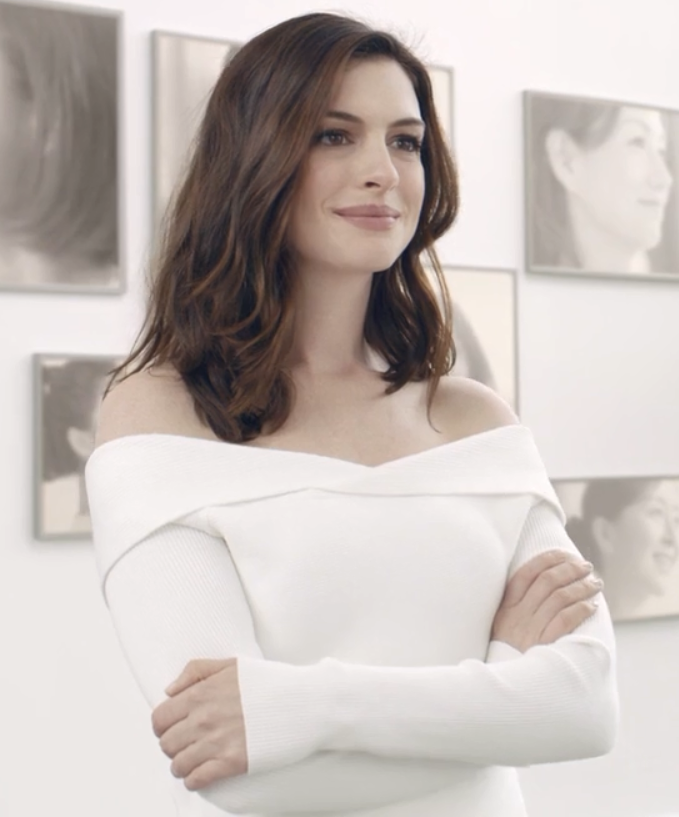 What is Anne Hathaway’s full name?

Anne Hathaway’s full name is Anne Jacqueline Hathaway; she was named after Shakespeare’s first wife. She chooses to go by her real name in her professional career.

What is Anne Hathaway’s age?

Anne Hathaway was born on the 12th November 1982 in Brooklyn, New York. She is currently 37 years of age. Anne Hathaway still looks exceptionally young for her age and still passes for her twenties in many roles.

Who is Anne Hathaway’s family?

Anne Hathaway is the daughter of Gerald and Kate. Her father was a labour attorney whilst her mother was a former actress. Her maternal Grandfather was the radio personality for WIP-AM Philadelphia, Joe McCauley. Anna Hathaway is the second-born child in a family of three children. She has two brothers; elder brother Michael and younger brother Thomas. The family moved to Millburn, New Jersey when Hathaway was six. Hathaway saw her mother perform as Fantine in Les Miserables when she was six and she quickly became fascinated with acting. Her mother subsequently quit acting to raise her family.

Where did Anne Hathaway go to school?

Anne Hathaway went to Brooklyn Heights Montessori School and later Wyoming Elementary School in Millburn. She finished school at Millburn High School where she took part in a number of school plays. She also later took part in plays at the New Jersey Paper Mill Playhouse. She went on to study at the American Academy of Dramatic Arts and became the first ever teenager to get admitted into the Barrow Group Theatre Company acting program. She also studied for a number of semesters at Vassar College in Poughkeepsie, New York before later transferring to New York University. Whilst at school Hathaway sung with her high school choir at Carnegie Hall and in plays at Seton Hall Preparatory School.

Where does Anne Hathaway live?

Anne Hathaway lives in a penthouse on the Upper West Side of Manhattan. The apartment is worth $2.55 million. The home is set across 2,500 square feet and has 2 bedrooms, 2 bathrooms and extremely high 18 foot ceilings. Anne Hathaway’s height and weight

What is Anne Hathaway’s height and weight?

Anne Hathaway is around 5 feet 7 inches tall or around 170cm and weighs around 56kg’s. She is quite slim and petite. In the past Anne Hathaway followed a vegan diet but gave it up because she said she didn’t feel good or healthy whilst she was eating that way. Since appearing as Cat Woman in Batman she has discovered her love of exercise.

What nationality is Anne Hathaway?

Anne Hathaway was born in the United States. Her mother is of Irish descent whilst her father has Irish, French, English and German heritage. Anne Hathaway’s family name originates from England.

Anne Hathaway was raised in a Catholic household and has said that she wanted to be a nun as a child but said that acting was always a priority for her. Her relationship with the Church started to change in her teens after she learnt that her brother was gay. Her family then left the Church and converted to Episcopalianism because it was more accepting of homosexuality. Hathaway came out to say that her religious beliefs where a work in progress.

What is Anne Hathaway famous for?

Anne Hathaway is famous for being an American actress. Her films have won her a number of awards including an Academy Award, Primetime Emmy Award and a Golden Globe Award. In 2015, Hathaway was named the highest-paid actress in the world. Anna Hathaway’s films have earned more than $6.8 billion worldwide.

How did Anne Hathaway’s career start?

Anne Hathaway’s career started with the 2001 film The Princess Diaries, and the Disney film The Other Side of Heaven. Anne Hathaway auditioned for her role as Mia Thermopolis in the Princess Diaries during a flight layover on her way to New Zealand. Anne Hathaway was cast because Garry Marshall’s granddaughters said that she has the best ‘princess hair’ The film was a commercial success and earned Hathaway a lot of critical praise. She went on to appear in a number of other family oriented roles over the next few years including Nicholas Nickleby and Ella Enchanted. She also appeared in the sequel to The Princess Diaries.

What was Anne Hathaway’s breakthrough role?

Anne Hathaway started to take on more adult roles in the latter half of the 200s0s in order to avoid getting typecast. She starred in the drama Havoc and then appeared in the drama Brokeback Mountain (2005). In 2006 she went on to appear in the comedy film The Devils Wears Prada in the leading role. The film was Hathaway’s most successful film to date. In 2008 she appeared in Becoming Jane and hosted Saturday Night Live.

What has Anne Hathaway done since his breakthrough role?

After breaking into adult roles Anne Hathaway appeared in a number of other films including the critically panned Bride Wars alongside Kate Hudson. She also appeared in Valentine’s Day and Alice’s Adventure in Wonderland. In 2010 she appeared in Love and Other Drugs which won her a nomination for a Golden Globe Award. She lent her voice to the animated film Rio in 2011. She fot the role of Cat Woman in 2012 and has described the role as the most physically demanding that she has ever had. Anne Hathaway then also played the role of Fantine in Les Miserables. More recently she has appeared in Ocean’s 8, Serenity, The Hustle and the romantic anthology series, Modern Love.

What is Anne Hathaway’s net worth?

Anne Hathaway is famous for being an actress and a singer from American and over the course of her career she has built up a net worth of approximately $35 million. Most of her fortune has been built up from her appearances in a number of films which have been highly commercially successful.

Who has Anne Hathaway married?

Anne Hathaway is married to actor and business executive Adam Shulman. The couple got married in 2012 in Big Sur, California. The couple sold a wedding photo in order to donate the profits to same-sex marriage group Freedom to Marry and hosted a party which raised $500.000 for the group.

Who has Anne Hathaway dated?

Anne Hathaway previously dated the Italian real estate developer Raffaello Follieri who ran a foundation that helped children in poor countries. In 2008 he was investigated by the IR and later arrested on charged of defrauding investors out of millions. In October of the same year he was sentenced to four years in jail. Whilst the investigation was happening, Hathaway’s journals were confiscated from her New York apartment.

Does Anne Hathaway have children?

Anne Hathaway has one child with her husband Adam Shulman and is expecting a second. Her first child, Jonathon Rosebanks Shulman was born in 2016 whilst her second is due in late 2019/early 2020.