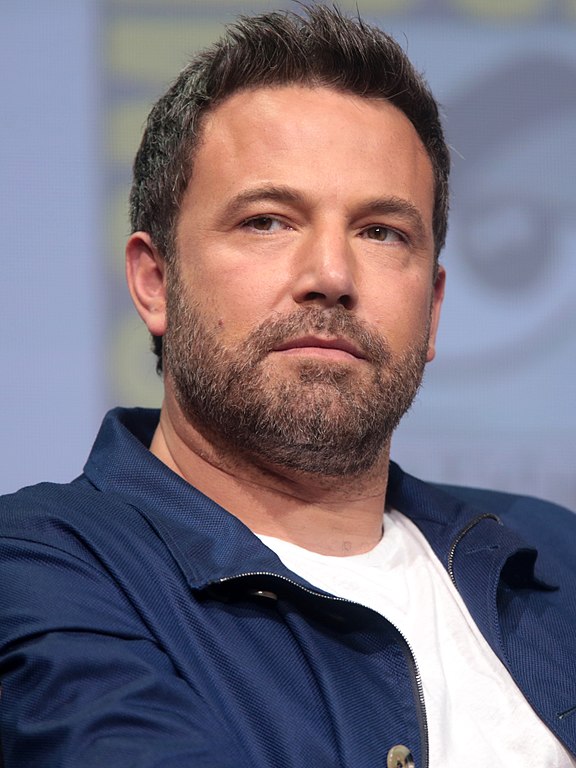 What is Ben Affleck’s full name?

Affleck’s real name is Benjamin Géza Affleck-Boldt, but he shortens it to the much shorter and easier to pronounce ‘Ben Affleck’ for the stage. Ben Affleck and his brother Casey Affleck are both very well known in Hollywood and have both had very successful careers.

What is Ben Affleck’s age?

Ben Affleck was born August 15, 1972 and is aged 47 years old. He was born in Berkeley, California. He has had a history of alcoholism and gambling which has understandably taken a toll on his appearance although Affleck is still a well-built and youthful looking man for his 40’s.

Who is Ben Affleck’s family?

Ben Affleck ‘s was born to mother, Christopher Anne (nee Boldt),a Harvard educated elementary school teacher and his father, Timothy Byers Affleck, an aspiring playwright who made a living as a carpenter, auto-mechanic, bookie, electrician, bartender and a janitor. Ben Affleck’s father has an issue with alcoholism and his parents divorced when Affleck was 12. Affleck grew up in  liberal household where theatre and the arts were encouraged.

Where did Ben Affleck go to school?

Ben Affleck went to Cambridge Rindge and Latin high school where he acted in theatre productions. He became a close friend with a fellow student, Matt Damon who he’d known since the age of eight. The two travelled to New York together for acting auditions, they saved all their earning in a joint bank account to help with buying train and airline tickets. Affleck studied for several months at the University of Vermont but left after he hurt his hip. Affleck later studied Middle Eastern affairs at Occidental College.

Where does Ben Affleck live?

Ben Affleck current lives in a $19 million mansion which he purchased after his split with Jennifer Garner. The home is located near Hollywood in LA and is not far from ex-wife Jennifer Garner’s home. The home has seven bedrooms, nine bathrooms, a gum, spa, wine cellar and a home cinema. It contains an expansive outdoor area which includes a pool and a guest house.

What is Ben Affleck’s height and weight?

Ben Affleck is 6 foot 4 inches tall, or 1.92 cm. He weighs 98kg normally, although his weight fluctuates depending on his roles. Some of his action roles have required him to bulk up a lot in order to look suitably intimidating, whilst other roles call for him to return to his lankier frame. His alcoholism issues have caused him to add some extra kilos.

What nationality is Ben Affleck?

Ben Affleck is primarily of English, Irish, Scottish and German descent. He took part in the genealogy show Finding Your Roots, in which he discovered that he had an ancestor who was a member of the Freedom Riders, and an ancestor who fought in the revolutionary war. He also discovered that one of his family members was a slave owners and asked that the show to repress the information. The censorship caused a scandal when it was discovered and caused the show to be suspended.

Ben Affleck has not spoken at length about his religious beliefs, although his has previously said that he was raised Protestant and that he has his own Western Christian spirituality. He has been seen attending church in the past and his first child was baptized at a Methodist church, although this was likely due to his wife’s religious beliefs.

What is Ben Affleck famous for?

Ben Affleck is famous for being an American actor, director, producer and screenwriter. He has won a number of awards include two Academy Awards and three Golden Globe Awards. He started his career as a child actor before appering in films as an adult.

How did Ben Affleck’s career start?

Ben Affleck started his career as a child actor. His first appearance was in a local independent film and his later appeared in The Voyage of Mimi and The Second Voyage of Mimi, which was produced for six grade science classes. He appeared in Wanted: A Perfect Man as a teenager, as well as a Burger King commercial. After finishing high school, Affleck moved to New York in search of work. He acted in a series of small parts in films and show liked Daddy and Buffy the Vampire Slayer, he had a supporting role in School Ties and later appeared in the cult classic Dazed and Confused. His first starring role was in Glory Daze and he later appeared in Mallrats before he eventually appeared in Good Will Hunting.

What was Ben Affleck’s breakthrough role?

The success of Good Will Hunting led to Affleck’s career taking off. He appeared in Armegeddon in 1998 and established him as a leading man. He later appeared in Shakespeare in Love which starred his then girlfriend Gwyneth Paltrow, Affleck’s performance received negative reviews. Affleck reunited with Damon in the movie Dogma before appearing in Forces of Nature. Later he appeared in Pearl Harbor, which he later said was for the money. His career struggled between 2003 and 2005, thanks in part to a string of poorly received movies including Daredevil, Paycheck, Jersey Girl and Surviving Christmas.

What has Ben Affleck done since his breakthrough role?

Ben Affleck started to make a comeback in 2006 with a number of well received roles. He also made his directorial debut in 2007 with Gone Baby Gone. He made three film appearances in 2009 but intended to primarily focus on directing for the remainder of his career. He worked on Argo in 2012 which was well received and won a number of awards. He later appeared in Gone Girl, a directorial project of Affleck’s that received widespread positive praise. In 2016, Affleck chose to star as Batman. The role earned him positive praise.

What is Ben Affleck’s net worth?

Ben Affleck has a net worth of $130 million. He earns millions from his career as an actor, as well as from his directorial pursuits and his screenwriting and producing. He has made it on to the list of top 10 highest paid actors in the past, after earning $43 million in 2016. He fell off the list in 2017 after he relapsed into alcoholism and took time off work.

Who has Ben Affleck married?

Affleck has divorced from actress Jennifer Garner who he began dating in mid-2004, whom he knew from the sets of Pearl Harbor and Daredevil. The couple were married in 2005 in a private ceremony. Their separation was announced in 2015 and Affleck continued to live with his family until 2017. The couple filed for divorce in 2017, the divorce was finalised in 2018.

Who has Ben Affleck dated?

Ben Affleck famously dated Gwyneth Paltrow in 1997, he later worked with her in Shakespeare in Love. They broke up in 1999 but still worked together on the film Bounce and later resumed their relationship, before separating for good in 2000. He also had an 18 month long relationship with Jennifer Lopez from 2002 to 2004. Their relationship attracted extensive media attention. They got engaged in 2002 but their wedding was postponed with only four days notice due to the excessive media attention. They broke up in 2003. Following his split with Jennifer Garner, Affleck has started dating producer Linday Shookus.

Does Ben Affleck have children?

Ben Affleck and Garner have three children together, daughters Violet Anne (born in 2005) and Seraphina Rose Elizabeth (January 2009), and a son Samuel Garner (born February 2012). They agreed to joint custody in their divorce filings. Affleck has spoken out against the media attention around his children in the past and called for legislation requiring the protection of his children’s identities and that certain distances be kept away from children.