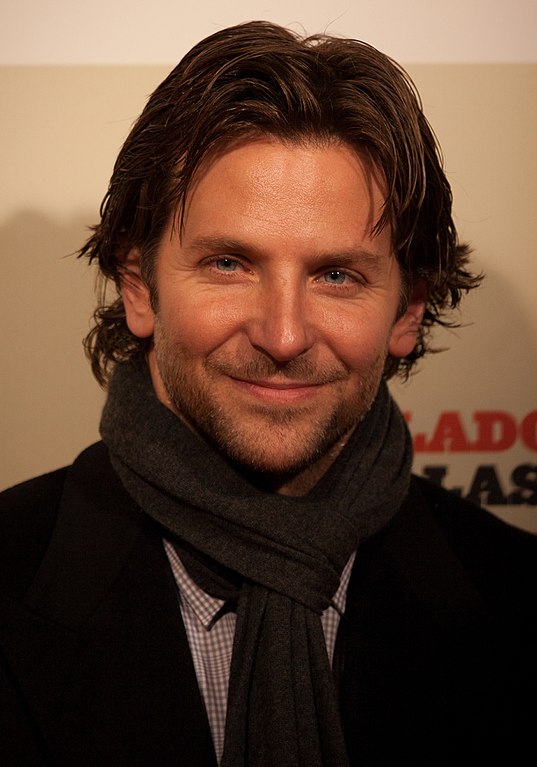 What is Bradley Cooper’s full name?

Bradley Cooper’s full name is Bradley Charles Cooper, unlike many other celebrities who use a stage name; Bradley uses the name he was born with. Interestingly he chooses not to go by the shortened ‘Brad’, he is often nicknamed ‘Coop’ by friends.

What is Bradley Cooper’s age?

Bradley Cooper was born on the 5th of January 1975 in Philadelphia. He spent his childhood in the nearby communities of Jenkintown and Rydal. When he was born he had a cholesteatoma in his earn which led to his eardrum puncturing when he began diving at an early age.

Who is Bradley Cooper’s family?

Bradley Cooper’s mother was Gloria (nee Campano) who worked for the local NBC affiliate, his father is Charles Cooper, whom worked as a stockbroker for Merrill Lynch. Cooper also has an older sister, Holly. Bradley Cooper was raised in a Roman Catholic household.

Where did Bradley Cooper go to school?

Bradley Cooper when to school at Germantown Academy and worked at the Philadelphia Daily News. He states that he wasn’t the smartest, or the coolest student. After graduating, Cooper studied at Villanova University for a year before he attended Georgetown University. Cooper graduated from university with a Bachelor of Arts in English 1997. He also received a Master of Fine Arts degree from the Actors Studio Drama School.

Where does Bradley Cooper live?

Bradley Cooper lives in a $6.5 million home which he shared with his wife Irina Shayk until recently, although she has recently moved out. The home is located in Pacific Palisades and is said to be stunning. Cooper also owns a $13 million townhouse in the West Village, New York. The home is 4,000 square feet and features a traditional red brick exterior.

What is Bradley Cooper’s height and weight?

Bradley Cooper is approximately 6 feet and half an inch tall, or around 185 cm tall. He weighs around 83kg normally, but his weight fluctuates depending on his roles. For his role as Chris Kyle, a navy SEAL with 160 confirmed kills, he bulked up quite a lot. This is because Kyle was a heavy set man and Cooper felt that his normal physique would not have been appropriate for the role.

What nationality is Bradley Cooper?

Bradley Cooper was born in the United States and is an American citizen; his family is mostly of European descent. Cooper’s father was of Irish ancestry, whilst his mother’s family was from Abruzzo and Naples. Bradley Cooper is well-known for showing hometown pride, but now spends most of his time residing in LA.

Bradley Cooper grew up Roman Catholic and had faith instilled in him from a young age. He says he grew up learning to love prayer from his father and states that he is a spiritual person as an adult. He says that he lost his way as an adult when drugs and alcohol caused him to spiral out of control but found his faith again after a night out left him in the hospital. Nowadays he is religious and prays regularly.

What is Bradley Cooper famous for?

Bradley Cooper is an American actor and filmmaker. He has been nominated for many awards, including a number of Academy Awards and a Tony Awards, as well as a Grammy Award and a BAFTA Award. His films have earned more than $11 billion worldwide and he has been the world’s highest paid actor for four years running.

How did Bradley Cooper’s career start?

Bradley Cooper’s first film debut was in the comedy, Wet Hot American Summer where he plays a counselor and a love interest. The film became a cult hilt in later years and Cooper went on to reprise his role in the Netflix series. He went on to play the role of Will Tippin in Alias, the best friend of main character Sydney Bristow. He then went on to act in the psychological thriller Changing Lanes, before appearing in Bending All the Rules and a TV series called Miss Match. He also made appearances in the movies I want to Marry Ryan Banks and Jack & Bobby. His career started to take off when he got a role in Wedding Crashers alongside Owen Wilson, Vince Vaughn and Rachel McAdams. He later appeared in the sitcom, Kitchen Confidential. He had several more film and TV appearances ahead of 2009.

What was Bradley Cooper’s breakthrough role?

In 2009 Cooper hosted a SNL episode and appeared in He’s Just Not That Into You. His big break however came when he appeared in The Hangover. The film was one of the most successful and highly rated R-rated films in America. He appeared in the psychological horror Case 39 after the film. In 2010 he also appeared in Valentine’s Day and Brother’s Justice. He appeared in Limitless and All about Steve in 2011, as well as the Hangover Part II. He starred in four films in 2012, including the Siler Linings Playbook which earned him a Golden Globe Nomination.

What has Bradley Cooper done since his breakthrough role?

Since his breakthrough in Hollywood, Cooper has appeared in a number of films that have had mixed responses. The final installment of The Hangover was negatively received but his role iin American Hustle earned him a number of Awards nominations. He also appeared in Serena before taking a turn in the Marvel Guardians of the Galaxy franchise, which earned him a Tony Award. He also appeared in American Sniper which won him a MTV movie award. He did not do well in 2015, with three of his films, Aloha, Burn and Joy all performing poorly. Cooper directed his first film; A Star is Born, which was well received. The movie won him a number of Awards nominations.

What is Bradley Cooper’s net worth?

Bradley Cooper’s net worth is estimated to be $100 million.  He made a huge salary of $57 million from movies such as Avengers and A Star Is Born. Cooper usually earns around $20 million for his roles in movies. He is listed as a producer for the new Joker movie, which has broken records and will likely earn him a large sum of money for 2019.

Who has Bradley Cooper married?

Bradley Cooper has been married twice. His first marriage was to Jennifer Esposito whom he married in 2006. The couple split only a few months later in 2007. He later married model Irina Shayk whom he started dating 2015. The couple has recently split and Irina moved out of their shared home. They agreed to shared custody and have recently finalised their divorce.

Who has Bradley Cooper dated?

Bradley Cooper has also previous dated Isabella Brewster, sister of Jordan Brewster, an actress who appeared in Fast & Furious. Brewster was a talent agent and not much is known about their relationship. It doesn’t seem that they were ever serious. Cooper also dated Renee Zellweger whom he met on the set of Case 39. They dated in 2009 but split in 2011 due to their busy schedules. He also briefly dated Jennifer Lopez after her splt from Marc Anthony. He later dated The Words co-star, Zoe Saldana. The couple dated for almost a year before splitting in 2012. He later dated Suki Waterhouse between 2013 and 2015, the relationship caused some controversy due to the large age difference. They split because Cooper wanted to start a family but Waterhouse wasn’t ready at only 23.

Does Bradley Cooper have children?

Bradley Cooper has one child with Irina Shayk, a daughter, Lea De Seine Shayk Cooper born in 2017. Her parents currently have shared custody of her and Bradley Cooper is regularly seen on outings with her.