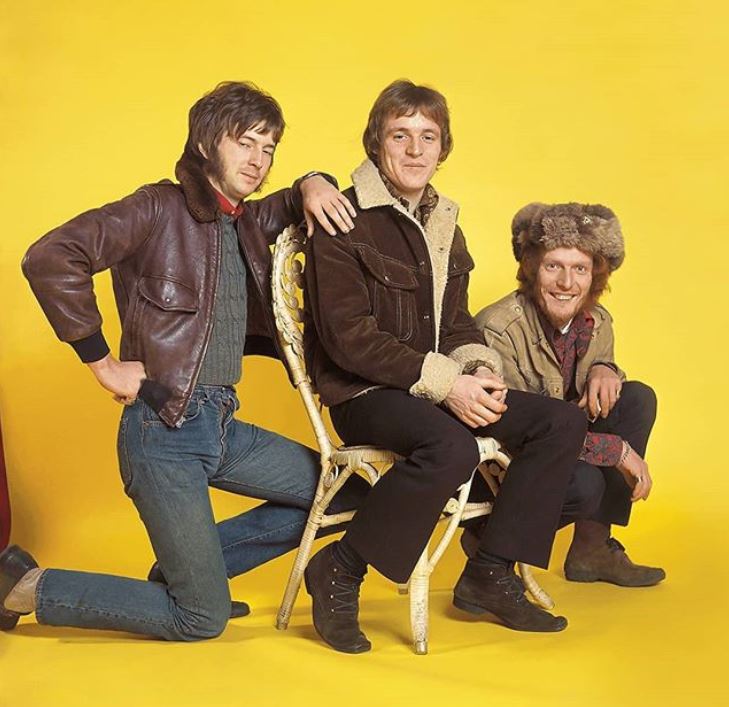 What are the Cream famous for?

Cream are famous for being a British rock band that was formed in 1966 in London. The band involved members; Jack Bruce as the bassist, Eric Clapton as the guitarist, Ginger Baker as the drummer. Bruce was the main songwriter and vocalist, although Clapton and Baker also contributed and sometimes sung. Each member came from successful bands and the group is often known as one of the first supergroups. The band had an almost instant fanbase and was highly regarded for the musical ability of each of its members. The band eventually broke up in 1968 due to tensions between Bruce and Baker, although they did go ahead with a farewell album and tour. Their music covered many music genres and overalls they sold more than 15 million records around the world, their third album became the first platinum double album in the world. The group received their induction into the Rock and Roll Hall of Fame in 1993.

How did the Cream’s career begin?

By 1966 Eric Clapton had earned a reputation as one of the best blues guitarists in Britain due to his career with the Yardbirds and John Mayall & the Bluesbreakers. In 1966 he met Ginger Baker, the leader of the band the Graham Bond Organisation, which Jack Bruce had at one point been a member of. Both Clapton and Baker were impressed with each other and decided to form a band, Clapton said on the condition that Bruce joined which Baker agreed to. Bruce and Baker had a long history of not getting along, their issues included on-stage fight and sabotaging instruments. When Baker fired him he would still show up to gigs , until Bruce drove him away by threatening him at knifepoint. The pair tried to set aside their differences for the new group which they envisioned to be called ‘Cream’ as they’d been considering ‘the Cream of the crop’ because they were among the best blues musicians on the British music scene. The band were sometimes called ‘the Cream’ by promoters and even by the band themselves. The band made their first debut at Twisted Wheel in 1966 before appearing at the Sixth Annual Windsor Jazz and Blues Festival.

What was the Cream’s career breakthrough?

The band’s first album ‘Fresh Cream’ was recorded and first released in 1966. It reached number six on the UK charts and number 39 in the US. The album was split up between blues covers and original songs which were written by Jack Bruce and Ginger Baker. Covers included ‘Four Until Late’, ‘Rollin’ and Tumblin’, ‘Spoonful’, ‘I’m So Glad’ and ‘Cats Squirrel’. Their original track ‘Toad’ contained a drum solo, one of the earliest to do so. The band visited the US for the first time in 1967 to play nine dates at the 58th Street Theatre in New York City. They made little impact and recorded their album ‘Disraeli Gears’ in 1967. The bands second album which reached the top five in the UK and the US. The album is considered to be the bands breakthrough, a successful blending of psychedelic British rock and American blues. The song ‘Sunshine of Your Love’ became the groups unofficial anthem and is one of their best known songs. The song was written by Bruce and Pete Brown who had spent the night together trying to write music, in an attempt to salvage their fruitless night, Bruce pulled out his bass and looked out the window, seeing it was near dawn and they came up with the lyrics from there.

The albums was originally set to be released in the summer of 1967 but the record decided to cancel the planned cover art and repackaged it with psychedelic artwork designed by Martin Sharp. The redesign resulted in delays of several months. The album was considered one of the bands best efforts but was not often well-represented in their live sets. They played their first headlining tour in the US in August 1967, appearing at The Fillmore in San Francisco and The Pinnacle in LA.

In 1968 the band released their third album ‘Wheels of Fire’ which peaked at number one on the American charts. The album represented a move away from the blues towards progressive rock for the band. After completing the album the band had begun to tire of their touring schedule and loud jamming and were ready to break up. Bruce and Baker’s already strained relationship began to worsen and put strain on the other band members, forcing Clapton to play the role of peacekeeper. Clapton had started to take an interest in Bob Dylan’s former backing group and their sound. Clapton had also read a scathing review about the band in Rolling Stone, a publication that he admired, where reported Jon Landau called him the ‘master of the blues cliché’. After the article Clapton decided he wanted to end the band and go in a different musical direction.

What have the Cream done since their career breakthrough?

The band decided to embark on a farewell tour in 1968 and played a set list that was almost entirely from ‘Wheels of Fire’. The band faced fundamental issues from its inception that later lead to its dissolution. The relationship between Bruce and Baker caused tension in the band and Clapton felt that there were communication issues between the members of the band. Changes in equipment also forced the noise higher, with Bruce amplifying his music and causing problems for Baker who could not play loudly enough. Clapton mentioned a concert where he stopped playing and neither Baker or Bruce noticed the lack of music. After announcing their break up the band were persuaded to release a final album, titled ‘Goodbye’. The album contained six songs, three new studio records and three live recordings. Their farewell tour involved 22 shows at 19 venues in the US and two farewell concerts at Royal Albert Hall. Their two concerts at the Royal Alber Hall were filmed and released on video.

Following the end of the band, Clapton and Baker formed a new band called Blind Faith and Clapton went on to perform material that was much more inspired by song-based acts. Bruce went on to have a successful solo career. In 1993 the band were inducted into the Rock and Roll Hall of Fame and reunited briefly to perform at the ceremony. The performance created rumours that there would be a reunion tour. They did not immediately re-united but got back together in 2005 for four shows at the Royal Albert Hall in London. Tickets for the show sold out in just an hour and the performance were recorded for DVD. The band then gave another three shows at the Madison Square Garden. The band received a Grammy Lifetime Achievement Award in 2006, Bruce made a statement that seemed to suggest the group would give more performance but that was refuted by Clapton and Baker. Clapton said that life was too short and he’d prefer to do other things, whilst Baker said that his grudge with Bruce had re-emerged during their New York performance and that it had been just like 1968. He compared Bruce was like Dr. Jerkyll and Mr. Hyde and said that he wouldn’t work with him again. Baker and Bruce appeared o-stage in London when Baker received an award for lifetime achievement from cymbal manufacturer Zildijan. Bruce did say that there may be a reunion later in the year in London as a tribute to Ahmet Ertegun but they decided against it. In 2010 Bruce confirmed that the band would not give any more life shows, he died in 2014 and Baker passed away in 2019, meaning that Clapton is the only remaining member.