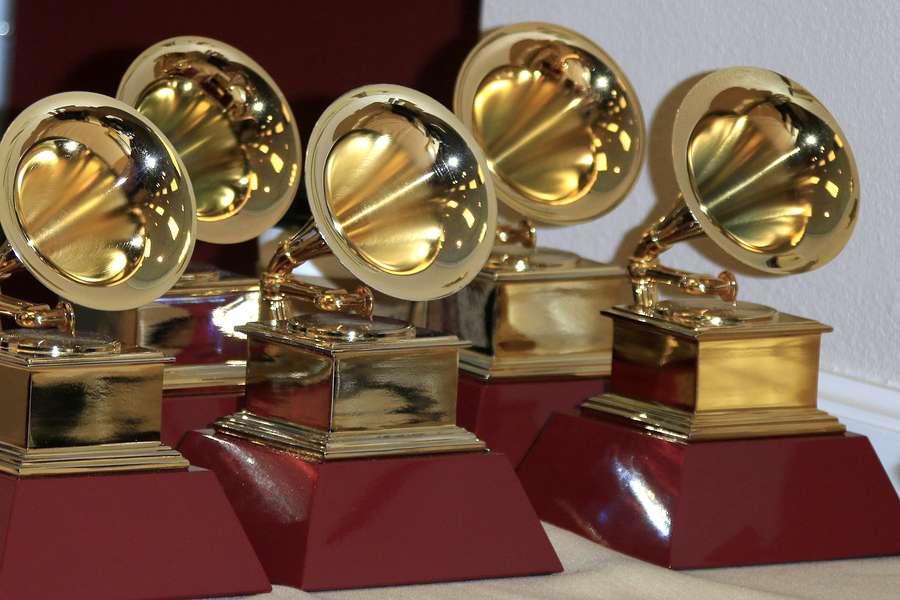 The annual Grammy Awards recognise amazing achievements in music. In conjunction with the Emmy Awards, the Academy Awards and the Tony Awards, the Grammys form what is known as the “EGOT.” The “EGOT” denotes the four major entertainment awards held in the United States. The Grammys are awarded by The Recording Academy, which is based in Santa Monica, California. It was formally established in 1957 and began hosting annual Grammy Award ceremonies in 1959. However, that’s just the beginning of the fun and rich history associated with the Grammys – keep reading to find out more.

The first ever Grammy ceremony was hosted in 1959 and was held simultaneously in two separate locations: Beverly Hills Hotel in California and Park Sheraton Hotel in New York City. At this ceremony, only 28 awards were presented. Ironically, the 2nd Grammy Awards was also held in 1959 (around 6 months after the first one), meaning no ceremony was held in 1960.

Bobby Darin won Record of the Year for “Mack the Knife”, while Duke Ellington and Frank Sinatra went home the big winners with three wins each. The 2nd Grammy Award ceremony was the first ceremony to be televised, however, it wasn’t until 1971 (the 13th rendition) that the awards were officially televised live.

A rundown of the different categories

The Grammy Awards went through some rather intense structural changes in 2012, since many of the categories were considered too niche and weren’t getting enough nominations to justify the award. As of 2019, there were 84 separate Grammy Award categories.

There are six “special” awards given to musicians. These awards are not based on votes or nominations and are typically for past musical achievements that go beyond just the previous year. These awards are as follows:

The general field of Grammy Awards often refers to the “Big Four”, which are four standard award categories that are not restricted by genre or other criteria.

The entering process can be broken down into 2 distinct phases: nominee selection and final voting.

Media companies who wish to enter recordings to be considered must be registered with the National Academy of Recording Arts and Sciences. Entries are generally delivered in two ways: online or a physical copy is sent to NARAS. Each work is then reviewed and assessed by a panel of more than 150 music experts. Then, the list of eligible entries is circulated to voting members. They will nominate their chosen entries for the general four awards and then an additional five other fields on the ballot (maximum).

Once the above process is complete, the final voting ballots are sent directly NARAS voting members. The same principles from above apply, in the sense that voters should only vote in the “Big Four” categories and a further five categories (a maximum of 9/30). Voters are encouraged to base their vote on tone and quality, as opposed to commercial sales and popularity.

Throughout the Grammys’ rich and evocative history, many amazing awards have been set. Georg Solti, a Hungarian-born, British operatic conductor holds the record for the most Grammy Award wins, with 31. Quincy Jones follows close behind with 28 wins. Beyoncé is the most nominated female artist, with a total of 24 wins. In terms of musicals groups, Irish band U2 holds the record with 22 wins.

In 2020, Billie Eilish became the youngest person ever to win Record of the Year (at 18 years of age), which she won for “Bad Guy.” New Zealand-based, Lorde won Song of the Year in 2014 for “Royals”, when she was just 17 years of age. U2’s “How to Dismantle an Atomic Bomb” and Santana’s “Supernatural” remain the most awarded albums of all time, with both winning 9 Grammy Awards.

As is the case with most award ceremonies, there is always controversy. In 2011, Randall Roberts, a journalist from the Los Angeles Times, criticised the Academy’s decision to snub Kanye West’s album “My Beautiful Dark Twisted Fantasy” from the Album of the Year category. More recently, the Awards were criticised when Adele’s “25” won Album of the Year over Beyonce’s “Lemonade”, with many believing that the latter should have won the award. This led to criticism that the award ceremony was racist against black musicians and performers.

In addition, the award ceremony has been criticised for mistreating female artists, with Ariana Grande pulling out of her performance at the 61st Grammy Ceremony due to a disagreement over song choices. According to an anonymous source, Grande was insulted by the fact that she would be unable to perform her song “7 Rings”.