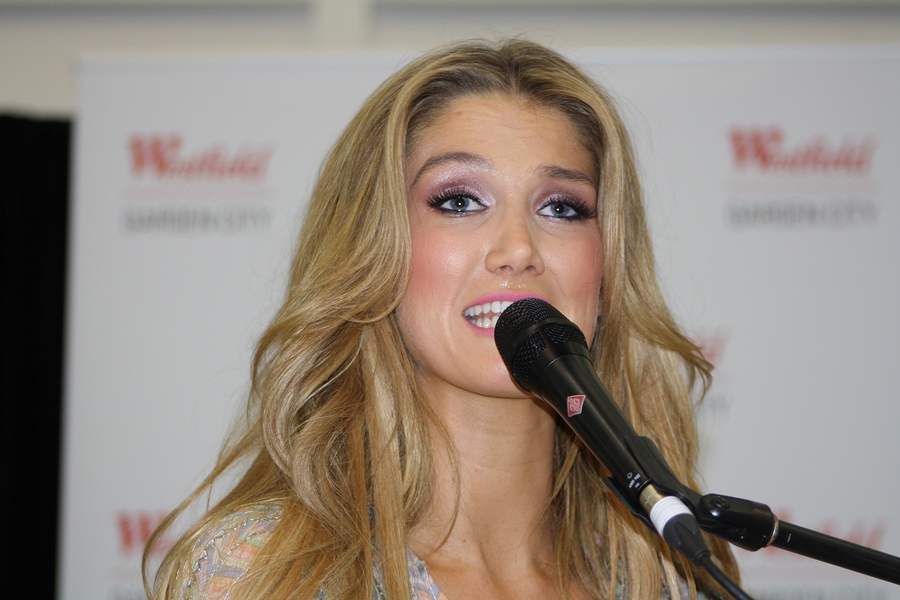 The singer’s full name is Delta Lea Goodrem; she has gone by her real name since her career began.

The singer was born on the 9th of November 1984 and is currently 35 years of age. She has had an active career since her early teens.

The singer is the daughter of Lea and Denis Goodrem, she also has a younger brother, Trent. The singer has had her family’s support in her career since she was youn, appearing in an American advertisement for the Galoob toy company at the age of seven alongside Bec Cartwright. She also took up piano, singing, dancing and acting lessons from a young age. She has also appeared in advertisements for Optus and Nequik and has a number of minor roles in television series as a child, including ‘A Country Practice’ and ‘Police Rescue’.

The singer attended the Hills Grammar School in Kenhurst between kindergarten and Year 11. At age thirteen she recorded a demo which was financed through her television work. The demo was sent to the Sydney Swans who passed it onto Glenn Wheatley who signed her to an artist development deal with Empire Records. She worked on an album called ‘Delta’ between 1999 and 2000 but it was never released.

The singer currently lives in an apartment worth $4.825 million in Sydney. The apartment overlooks Hyde Park and sits on the seventh floor. 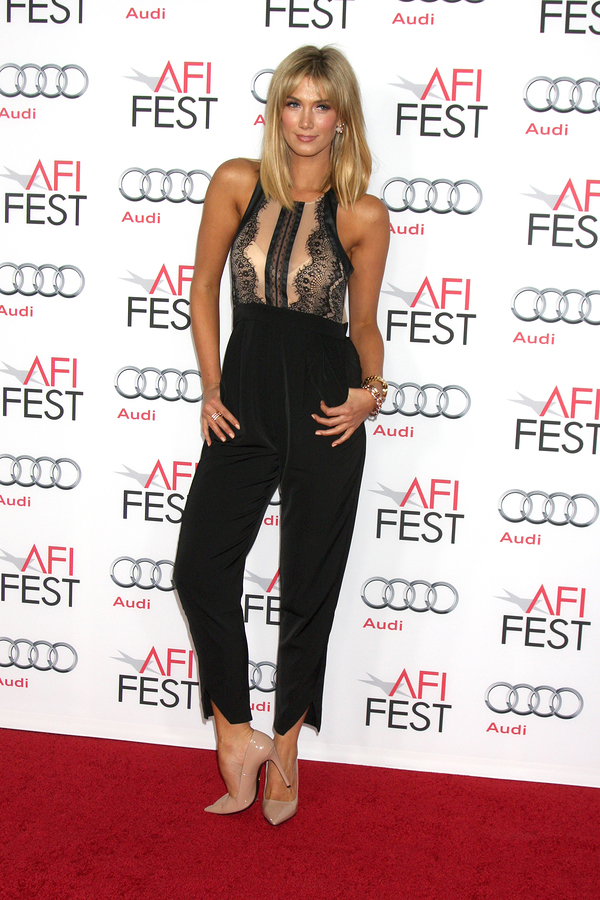 The singer is 178 cm’s tall and weighs approximately 62 kg’s. The singer keeps her thin physique with a sugar free diet and hot yoga.

The actress has not openly stated what, if any, religion she follows but she has been previously spotted taking part in a ceremony that looked like a baptism, suggesting some religious affiliation.

Delta Goodrem is famous for being an Australian singer, songwriter, reality series host and actress. The singer first signed to Sony Music when she was only 15 years old and released her first album in 2003. The singer has nine number-one singles and 17 top-ten singles and has sold more than 8 million albums around the globe. She has also won a number of awards including three World Music Awards, nine ARIA Music Awards and MTV Video Music Award. The singer has been a coach on The Voice Australia with Guy Sebastian since 2012.

At the age of 15, Goodrem began working on an album with Sony and released the single ‘I Don’t Care’ which was not successful. The singers album was subsequently shelved and in 2002 the singer took a role as Nina Tucker on the soap ‘Neighbours’ which helped to launch her music career. The singer released the piano ballad ‘Born to Try’ which premiered on the show and reached number one on the charts in Australia. The song sold over 210,000 copies in Australia. Her role on ‘Neighbours’ earned her a Logie Award.

The singer released her debut album ‘Innocent Eyes’ in 2003. The album debuted at number one in Australia and stayed at number one for 29 weeks. It was the highest-selling album in Australia of 2003 and sold 1.2 million copies throughout the country. The singer was diagnosed with Hodgkin’s lymphoma at the age of 18 and was forced to put work commitments on hold while she underwent chemotherapy.

After going into remission the singer began working on her next album and received two nominations in the same year for the Logie Awards. The singers’ second album ‘Mistaken Identity’ was released in November 2004 and debuted at number one in Australia. The single ‘Out of the Blue’ debuted at number one on the ARIA singles chart and became the singers sixth number on single in Australia.

In 2005 she starred in her first film role ‘Hating Alison Ashley’ which was not critically successful. The singer relocated to New York in 2005 and tried to re-launch her career with the song ‘Lost Without You’, she also appeared on the show ‘North Shore’. The singer later embarked on her first headline tour in Australia, called ‘The Visualise Tour’. The tour was criticised for its high ticket prices and ticket prices were later reduced.

In 2006 the singer performed the song ‘Together we are one’ at the Commonwealth Games opening ceremony. The song peaked at number two on the Australian charts.

Delta Goodrem’s third album ‘Delta’ was released in 2007. The album debuted at number one on the ARIA Albums Chart and received platinum certification. In 2007 the singer recorded the music video for the song ‘Is This Life’ which became the opening theme for the anime ‘Deltora Quest’, based on the novels by Emily Rodda. The song became the singers eighth number one single. The singer focused on promoting her career in Japan and the US throughout 2008. She also toured in Australian in 2008 and was nominated for two awards at the ARIA Awards ceremony.

In 2011 the singer joined the judging panel on ‘The Voice’ which first aired in 2012. The singer returned again the following year. In March 2012 she released a single ‘Sitting on top of the world’ which peaked at number two in Australia. The singer released the album ‘Child of the Universe’ which debuted at number two and received Gold certification for sales of 35,000 by its second week. The singer then embarked on her tour ‘An Evening with Delta: The Top of My World Shows’ which promoted her album released and featured a number of stripped-back performance which began in Brisbane and finished in Melbourne. In November of that year she recorded a Christmas EP titled ‘Christmas’, it was released on the 14 of December in Australia and New Zealand.

In 2013 the singer signed with US manager Irving Azoff and she later performed at Mardi Gras in Sydney. In May she was joined by Geoffrey Gurrumul Yunupingu for a special performance on ‘The Voice Australia’ to celebrate National Reconciliation week. In June she released a new single ‘Heart Hypnotic’ which she performed live on ‘The Voice’. The singer celebrated the ten year anniversary of the release of her debut album by releasing an anniversary edition in November 2013. Around the same time the singer revealed that she would not be returning to ‘The Voice Australia’ for a third season, and instead would appearing on ‘The Voice Kids’ as it would give her more time to focus on her music career.

In 2015 the singer announced that she would be returning to ‘The Voice Australia’ for the fourth season of the show. She also appeared in three episode of ‘Neighbours’ in the same year. In July 2015 the singer released ‘Wings’ the lead single for her upcoming album ‘Wings of the Wild’. The song reached number one on the Australian charts and was certified double platinum. The singer made her musical theatre debut in the same year on the Australian version of ‘Cats’. Her album was released on the 1 July 2016. The following year the singer appeared on the show ‘House Husbands’, she also became an ambassador for V8 Supercars, performing at racing events over the course of the year. She appeared in an Apple Music advertisement which received criticism for promoting unsafe driving practices. The ad was pull from screens and later re-aired after being re-edited. In 2018 the singer released a new song ‘Think About You’ and updated her look, with darker hair for the promotional video. She also appeared in the Olivia-Newton John biopic in the same year.

Delta Goodrem has an estimated net worth of $16 million thanks to her career as a singer-songwriter and actress.

Who has she dated?

The singer had a nine month relationship with tennis player Mark Phillippoussis and later dated signer Brian McFadden. She had a relationship with Nick Jonas but the pair separated in 2012. She is currently dating Matthew Copley.