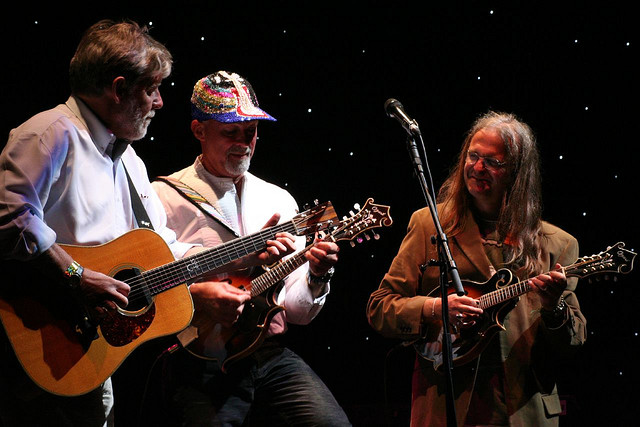 What is the Fairport Convention famous for?

Fairport Convention is famous for being a British folk-rock band formed in 1967. Members of the band included guitarist Richard Thompson, guitarist and singer Simon Nicol, bass guitarist Ashley Hutchings and drummer Shaun Frater who was replaced by Martin Lamble. The band began by taking heavy influences for American folk-rock before they moved towards a more traditional British music. One of the band’s most notable songs was ‘A Sailor’s Life’ which was the first time a traditional British song was combined with a rock beat. Lamble and Thompson’s girlfriend were unfortunately killed in a crash on the M1 which resulted in the group retiring a lot of their previous material and returning to a British folk sound. Swarbrick and Dave Mattacks joined the band for the next album. Denny and Hutchings left and Hutchings was replaced by Dave Pegg who is the remaining consistent member of the band. Thompson left the band after the recording of 1970s ‘Full House’. The band has achieved little mainstream success but has been named one of the most influential folk bands in history with their album ‘Liege & Lief’ being named the ‘Most Influential Folk Album of All Time; by BBC Radio’s 2 Folk Awards.

How did the Fairport Convention’s career begin?

In 1966 bassist Ashley Hutchings and guitarist Simon Nicol met when they both played in the Ethnic Shuffle Orchestra. They practice on the floor above Nicol’s fathers’ medical practice at a house called ‘Fairport’ which later contributed to their name. The band formed in 1967, calling themselves Fairport Convention and gave their first performance at St Michael’s Church Hall.

What was the Fairport Convention’s career breakthrough?

The band quickly began to play at underground venues like UFO and The Electric Garden and after just a few months they got the attention of Joe Boyd who got them a contract with Polydor Records. Boyd made the suggestion that they add another male vocalist to the line-up. Singer Ian Matthews joined the band and they put out their first album ‘Fairport Convention’ which was released in 1968. Their name made many people think that they were an American act and earned them the nickname ‘the British Jefferson airplane’. After poor album sales, they signed a new contract with Island Records and released the albums ‘Unhaldbricking’ and ‘What We Did on Our Holidays’.

The albums gained the band more recognition and Radio DJ John Peel became a fan of their music, playing it on BBC shows. The band achieved some mainstream success when their single ‘Si Tu Dois Partir’ entered the charts. In 1969 whilst on the way home from a gig the Fairport’s van crashed on the M1 motorway and Martin Lamble, only nineteen at the time, and Jeannie Franklyn were killed. The rest of the band were injured. The band worked on their fourth album ‘Liege & Lief’ after recuperating and reconvening. The album is often considered the best in the band’s career and contained two sustained epics, a medley of four traditional songs, and four original compositions. The album was played at a sell-out concert in London’s Royal Festival Hall in 1969 and reached number 17 on the UK album charts.

What have the Fairport Convention done since their career breakthrough?

After the success of the album, disagreements began to arise for the band and Ashley Hutchings left the band to join Steeleye Span and the Albion Band. The band produced the album ‘Full House’ in 1970 which was also successful. The album reached number thirteen on the UK charts and stayed on the charts for eleven weeks. In 1971 the band released their album ‘Angel Delight’ which was their first album to chart in the US, it peaked at number 200 on the Billboard 200 and went to the top 5 in the UK. Their next album was the concept album ‘Babbacombe Lee’ which received good airplay in the US. In 1973 the band released the album ‘Rosie’ and the following year released ‘Nine’. In 1975 they released the album ‘Rising for the Moon’ which became their highest-charting album in the US, reaching number 143 on the Billboard 200. In 1976 the band completed their contractual obligations to Island Records by releasing ‘Gottle O’Geer’ and then they signed with Vertigo. The band released the albums ‘The Bonny Bunch of Roses’ and ‘Tipplers Tales’ but sales had begun to decline.

By the end of the 1970s, the market for folk-rock had almost disappeared and the band no longer had a record deal, the band decided to break up and played a farewell tour.

No record company was interested in releasing the live recordings of the tour and the concert so they founded WoodwormRecords.  The band continued to take part in gigs occasionally at festivals around Europe and after a year they gave a reunion concert at Cropredy at a festival that would become the annual Cropredy Festival, which became an important way for the band to sustain themselves. In 1983 the magazine Fairport Fanatics was created, showing the sustained fanbase that the band had maintained over the years. Remaining members of the band continued to pursue their own solo careers and other ventures outside of the band. Nicol, Pegg, and Mattacks recorded and performed with Richard and Linda Thompson whilst Bruce Rowlands left the music business. Dave Pegg was the first of a number of members of the band to join Jethro Tull and Simon Nicol and Dave Swarbrick teamed up as an acoustic duo.

In 1985 Pegg, Nicol and Mattacks decided to add to the band’s catalog and recorded the album Glady’s Leap which was well received by critics and the music press. The album caused some tension with Swarbrick who refused to play the new material.  The band members decided to reform the band without him and invited Ric Sanders to join, the new line-up lasted eleven years.

The newly reformed band began a hectic touring schedule and performed in Britain and around the world, preparing material for a new album at the same time. As a result, they released the all-instrumental album ‘Expletive Delighted!’ which was not popular with fans. They then released the recording ‘In Real Time: Live ‘87’. The band began to play in front of larger and larger audiences and were highly productive during recording sessions. They released the albums ‘Red & Gold’, ‘The Five Seasons’ and ‘Jewel in the Crown’ which became their best-selling album in a number of years.

The band released ‘Old New Borrowed Blue’ a set of acoustic recordings in 1996. They released the album ‘Who Knows Where the Time Goes’ in 1997. In 1998 Dave Mattacks moved to the US and Gerry Conway joined the band to take over on the drums. The band produced two more albums ‘The Wood and the Wire’ and ‘XXXV’. For their next album ‘Over the Next Hill’ they started a new label Matty Groves Records. The band toured extensively during the released and performed in the UK, Europe, Australasia and Canada. In 2007 for their fortieth anniversary they released the album ‘Sense of Occasion’ and appeared on-stage at Cropredy with their 1969 line-up. In 2008 the band released its first YouTube video, a mini-documentary. In 2011 they released the album ‘Festival Bell’. Currently the band is still continuing to write and record, with recent releases being ‘Myths and Heroes’, ’50:50@50’ and ‘Shuffle and Go’.