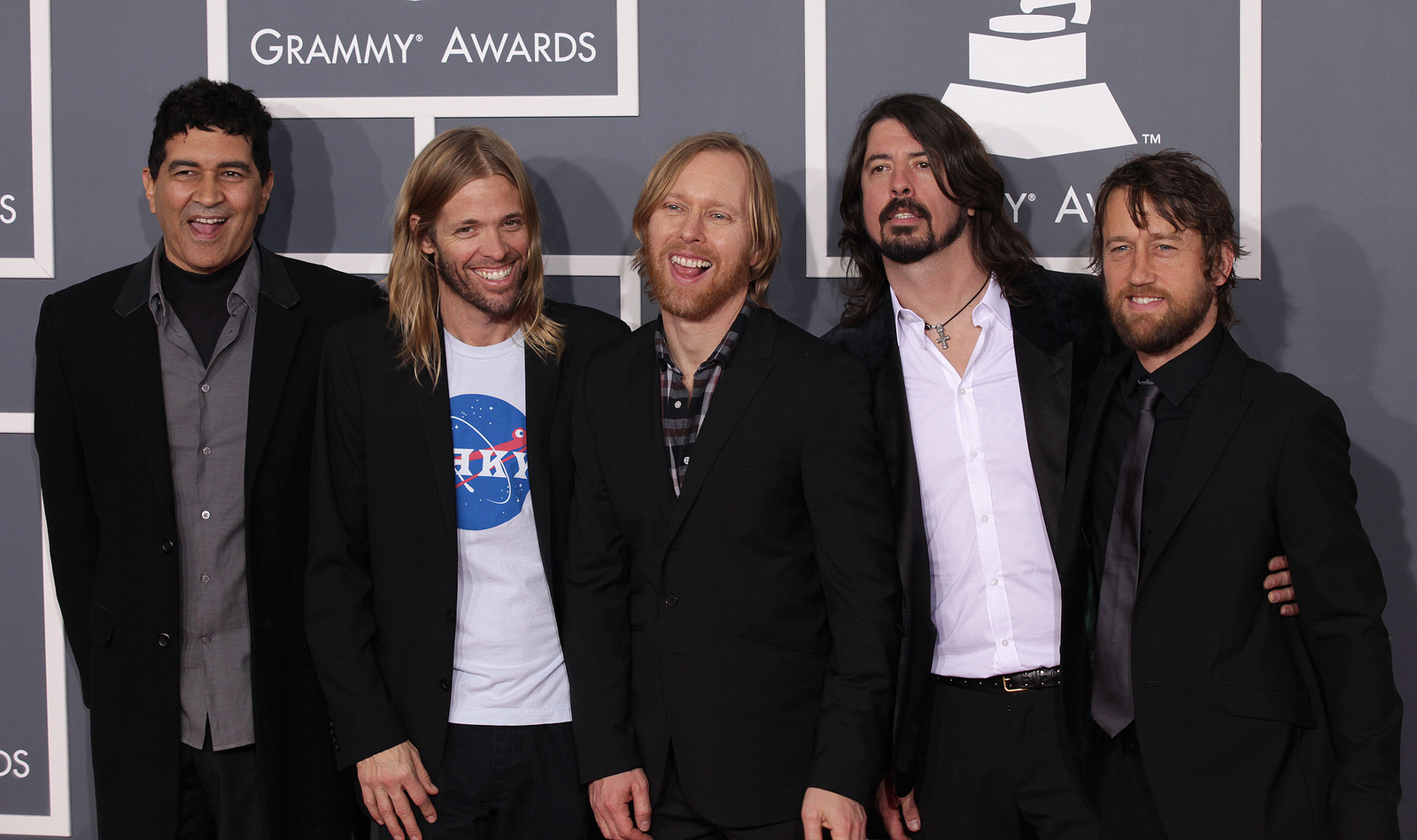 What are the Foo Fighters famous for?

The Foo Fighters are famous for being an American rock band that was founded in Seattle in 1994. It was started by Dave Grohl, drummer of Nirvana after the death of Kurt Cobain. The group’s name comes from UFOs and other aerial phenomena which were known as Foo Fighters during World War II by the Allied Aircraft Pilots who spotted them.  The band originally began as a single member project until Grohl recruited Nate Mendel as the band’s bassist and drummer William Goldsmith, both band members were previously from the band Sunny Day Real Estate. Pat Smear, a touring guitarist from Nirvana also joined the band. Goldsmith quit the band as did Smear and they were replaced by Taylor Hawkins and Franz Stahl, although Stahl was later fired and replaced by Chris Shiflett. The band has won four Grammy awards for Best Rock Album over the course of their career.

How did the Foo Fighters career begin?

During his time in Nirvana, Dave Grohl would write his own songs but chose not to share them as he was intimidated by Cobain’s songwriting ability. After the death of Cobain, Nirvana disbanded and Grohl received a number of offers to work with other bands. Instead, he decided to record 15 songs in 1994, playing every instrument and singing the vocals. He completed an album in five days and handed cassettes to his friends for feedback. He wanted to remain anonymous and release the music under the name ‘Foo Fighters’. The demo tape quickly circulated and gained interest from record labels and so Grohl formed a band to support the album. After hearing about the disbanding of Sunny Day Real Estate he drafted Nate Mendel and William Goldsmith to join the band, alongside Pat Smear. The band made their first live debut in 1995 at the Jambalaya Club in California and went on their first major tour later that year. Their debut album was self-titled.

What was the Foo Fighters’ career breakthrough?

After touring throughout the spring of 1996 the band returned to the recording studio to work on their second album. Grohl wrote all the songs whilst the members collaborated on the music. Grohl was not happy with the drums on the song and recorded his own over the top of Goldsmith’s and told him not to come to LA to re-record his sections. Grohl explained that he wanted him to play on tour, but wanted a certain sound on the album. Goldsmith decided to leave the band and so Taylor Hawkins was hired in his place. The band released their second album ‘The Colour and the Shape’ in 1997, it included the tracks ‘Monkey Wrench’, ‘Everlong’, ‘My Hero’ and ‘Walking After You’.

Pat Smear told the band that he was ready to leave as a result of burnout but agreed to stay until they could find a replacement, who was Franz Stahl.

What have the Foo Fighters done since their career breakthrough?

Around 2001 the band struck up a relationship with the rock band Queen, whom Grohl was a fan of and in the same year inducted them into the Rock and Roll Hall of Fame. Close to the end of 2001 the band reconvened to record their fourth album but was unhappy with the result. The band was suffering from infighting and close to breaking up but agreed to stay together after performing at the Coachella Festival. The band re-recorded their album over ten days and released it in 2002. The band spent a year and a half touring after the release of the album and relocated to LA to record the next. Their fifth album, titled ‘In Your Honor’ was released in 2005, the album included the tracks ‘Best of You’, ‘DOA’ and ‘Resolve’.

The band toured with Weezer for several months in 2005 and organised a short acoustic tour for 2006.

Their next album, ‘Echoes, Silence, Patience & Grace’ was released in 2007. The album included the single ‘The Pretender’ which topped the modern rock charts for a record-breaking 19 weeks. The band embarked on a world tour throughout the US, Canada, Europe , Australia, New Zealand and Asia to promote the album and confirmed the return of Pat Smear to the band. The album was nominated for five Grammy Awards and won the award for Best Rock Album.

After finished the tour the band recorded 13 new songs and announced a hiatus from touring. In 2009 the band released a compilation album ‘Greatest Hits’ which featured two new songs.

In 2010 the band began work on their seventh studio album, which they recorded analog in Grohl’s garage. The album, titled ‘Wasting Light’ included the single ‘Rope’. The band also released an album of covers in 2011, titled ‘Medium Rare’.

Although the band initially stated they were taking a break after ‘Wasting Light’ Grohl confirmed that they were working on a new album in 2013. The band indicated that 13 songs would be recorded for the album which would be titled Sonic Highways. They also announced a tour, set to take place in South Africa, Australia and New Zealand.

In May 2015 they became the last band to perform on the ‘Late Show With David Letterman’ after he retired, wrapping up a 33 year career on the show.

In June 2015 Grohl fell of a stage in Sweden and finished his performance seated in a chair, the bands remaining European tour dates had to be canceled as a result of the injury. Two months later one thousand Italian fans held a gathering and performed ‘Learn to Fly’, asking the band to play in the town. The video of the town’s performance went viral and Grohl performed at the town in November 2015.

The band had planned to follow their international tour with a North American tour, but Grohl’s leg injury had many speculating that they would cancel. The band went ahead with their performances, however, with their tour being rebranded as their Broken Leg Tour.

In late 2015 the band released a free EP titled ‘Saint Cecilia’ and announced that they would be entering an indefinite hiatus. Grohl revealed that they working on their ninth album in 2017 and released the single ‘Run’ which topped the US mainstream rock charts. Their album ‘Concrete and Gold’ was released in September 2017. The band began touring to promote the album in June 2017 and later extended their tour to October 2018.