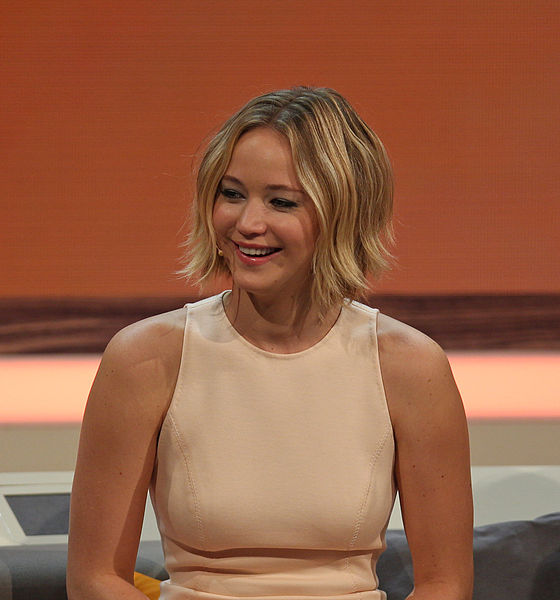 What is Jennifer Lawrence’s full name?

Jennifer Lawrence’s full name is Jennifer Shrader Lawrence. Unlike many actresses who work under a stage name, Jennifer uses her real name, although many people don’t know her middle name. Luckily her name is easy to remember, and many people now know it since she’s now one of the most famous and influential celebrities there is.

What is Jennifer Lawrence’s age?

Jennifer Lawrence was born on the 15th August, 1990, she turned 29 this year. She was born in Indian Hills, Kentucky. Jennifer Lawrence has been very famous and successful since her early 20s, and her fame doesn’t look like it’s going anywhere anytime soon. She regularly tops lists of most beautiful and influential celebrities and likely will continue to.

Who is Jennifer Lawrence’s family?

Jennifer Lawrence’s father, Gary Lawrence is a construction worker whilst her mother, Karen, is a summer camp manager. She has two older brothers, Ben and Blaine and Lawrence grew up to be a tom boy like her brothers. Lawrence has stated that she liked rough-housing as a child and that she wasn’t allowed to play with other girls in pre-school because she liked to play too roughly with them.

Where did Jennifer Lawrence go to school?

Jennifer Lawrence went to school at Kammerer Middle School in Louisville. She was not a happy child because she was hyperactive and suffered from social anxiety at school, she was considered to be misfit among other kids her age. Lawrence has said that her anxiety would disappear when she was on stage. Lawrence was interested in cheerleading, softball, field hockey and basketball at school. She played on the boys basketball team. She also loved horseback riding and performing. She often took part in church plays and musicals. Lawrence was spotted on the streets of New York City whilst on holiday at 14 and scouted by a talent agent. Lawrence and her moth moved to the city to allow her to read and the agents said that she was talented. She signed onto a talent agency and began auditioning for roles. She finished school at 14 without receiving a GED.

Where does Jennifer Lawrence live?

Lawrence currently lives in a 5,500 square foot home in the hills of Beverly. Her home has previously been owned by celebrities such as Jessica Simpson and Ellen DeGeneres. Her neighbours include Cameron Diaz, Mila Kunis and Ashton Kutcher. The home is worth $8 million and includes a beautiful backyard and expansive interiors.

What is Jennifer Lawrence’s height and weight?

Jennifer Lawrence is 5 feet 7 inches tall or 175 cm tall. She proudly weighs 63kg, making her curvier than the average actress. She is a strong proponent of a healthy body image and challenging Hollywood’s impossible weight and shape standards. She has been outspoken about not apologizing for her weight and shape in the past.

What nationality is Jennifer Lawrence?

Jennifer Lawrence was born in the United States and is an American citizen. Her ancestors are from England, Germany, Irish and France mostly. People frequently wonder if she has Asian heritage because of her exotic look, but it seems that her ancestors were entirely European.

Jennifer Lawrence has come out to say that she is ‘spiritual’ but not ‘religious’. Her family were religious but she does not have her own religious beliefs. Whilst she doesn’t identify as an atheist she doesn’t necessarily believe in an single concept of God and says that none of us have the answer. She says that she does often pray as it was a habit that was instilled in her as a child, she admits that she did pray to God when she feared for her life on a plane.

What is Jennifer Lawrence famous for?

Jennifer Lawrence is an American actress. Her films have grossed over $6 billion worldwide and she has become the highest-paid actress in the world, since 2015. She regularly tops lists as one of the most influential people in the world and is currently one of the hottest and most sought after celebrities in Hollywood.

How did Jennifer Lawrence’s career start?

Jennifer Lawrence first began her acting career with a minor role in Company Town and followed it up with a guest role on television show’s Monk and Medium. These roles led to a regular part on The Bill Engyall Show in the role of a rebellious teenager name Lauren. The show ran for three seasons and Lawrence was often considered to be a scene stealer, she won a Young Artist Award for the role. Her film debut was in a film called Garden Party, where she played a trouble teen called Tiff. She then appeared in The Burning Plain as then teen daughter of Kim Basinger’s character. Her role was shared with Charlize Theron.

What was Jennifer Lawrence’s breakthrough role?

Larence’s big break came with her role in drama film, Winter’s Bone, which was an independent feature film that saw Lawrence portray a pverty-stricken teenager who cared for her mother snd siblings. She learned to fight, skin squirrels and chop wood for the role. Lawrence received an Academy Award nomination for Best actress, becoming the second youngest to receive a nomination. She then appeared in Like Crazy, the film was filmed in 2009 but production was delayed due to the controversy around Mel Gibson. Lawrence’s next appearance was in X Men: First Class as Mystique. The film became her highest gross at that point in her life. In 2012, she was given the role as Katniss Everdeen in the Hunger Games; the role made Lawrence the highest grossing female action hero of all time. She next appeared in Silver Linings Playbook and won a Golden Globe and Academy Award for the role. She appeared in American Hustle in 2013 and won a Golden Globe, BAFTA award and third Academy Award Nomination.

What has Jennifer Lawrence done since her breakthrough role?

What is Jennifer Lawrence’s net worth?

Jennifer Lawrence’s net worth is currently estimated to be $130 million. She earned most of her money from acting, with her high grossing films making her the highest paid women in Hollywood. She earned $46 million in 2016. She also earns money through her endorsement deals with brands, such as her collaboration with Miss Dior which earned her $20 million.

Who has Jennifer Lawrence married?

Who has Jennifer Lawrence dated?

Jennifer Lawrence has previously dated Nicholas Hoult, whom she met on the set of X-Men: First Class in 2010. The couple dated until 2013, before briefly splitting, reconciling and then finally calling it quits for good whilst they were filming X-Men: Days of Future Past. They seem to be amicable post-split however. After her relationship with Hoult ended, Lawrence dated Chris Martin, Gwyneth Paltrow’s ex-husband and Coldplay frontman. Fans were surprised at the unlikely pairing, but the couple stayed together until 2015. The actress has also been linked TO Liam Hemsworth whom she admitted she has shared a few off screen kisses with. She next dated Dareen Aronofsky, a director that she worked with on Mother!. The couple split in 2018.