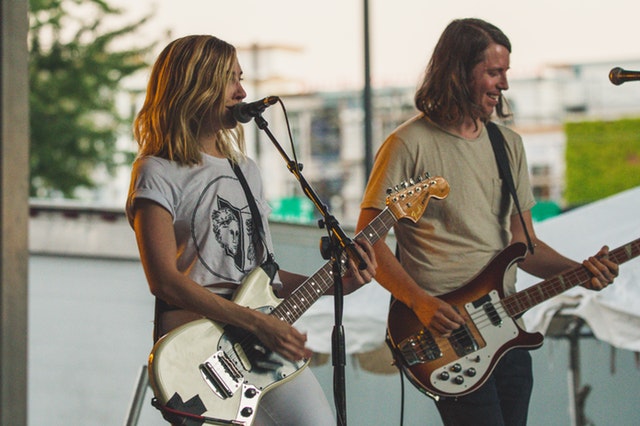 There are some live music performances that just simply stand out from the rest. Performances that not only change the perception of the band/artist but also the festival they played at as well as the music industry in general.

Some performances are so memorable that people that didn’t even attend the performance live or weren’t even born when it took place, know all about it (thanks YouTube). Some artists just know what it takes to get the crowd going crazy and put on the performance of a lifetime, even when everything else seems to be going wrong.

Weather becomes a huge factor, and while some artists get caught up in all that is wrong with the performance, others have the ability to shine through and give the audience a time they will never forget. Most fans want to see their favourite artist live, but some aren’t so lucky due to timing or locations.

While you can still hear your favourite artist on the radio or watch videos of them on YouTube, sometimes nothing can really beat a live performance. Some really have the ability to put on a show, not just come on to the stage and sing songs, and connect with the crowd.

During this Live Aid performance Queen was slotted in between David Bowie and U2, two really big names in music at the time, whereas Queen wasn’t as popular at the time compared to the 1970’s. But Queen and in particular Freddie Mercury gave the performance of a lifetime that many people still talk about today.

There was a huge crowd due to the awesome names and line up for this performance, and Queen had the entire crowd on their finger. Everything about this performance was iconic, from Freddie Mercury’s outfit to getting the entire 72,000 crowd involved.

If you weren’t lucky enough to be a part of the crowd on the day, it was broadcasted right around the world and it was estimated that almost 2 billion people were watching. That was certainly a lot of people in 1985, which made up about 40% of the total popular at the time.

Beyoncé is known to put on an amazing live performance no matter what, but her performance a Glastonbury in 2011 really stands out from the rest. She is not just a singer but also a true performer and she loves putting on a show that the audience will love and never forget.

She knew what her fans wanted to see, and she gave them exactly that, kicking off the show with one of her most popular songs (at the time) “Crazy in Love”. She also treated fans to her other hits as well as songs from her Destiny’s Child days. To top it all off, she also performed some covers of big hitting songs.

Fans later found out that she was 3 months pregnant during that show, making her live performance even more inspiring. She really connected with her fans and showed genuine care to ensure that everyone had a great time and really enjoyed the music.

No list of all time greatest live performance would be complete without Prince, or even a performance from the Coachella festival. Coachella is one of the most well known festivals in the world and it attracts the biggest artists and fans (including big time celebrities) from right around the world flock to the American desert to see these artists perform all in the one place.

Prince had a lot of amazing performances throughout his long career, but his performance at Coachella really does stand out from the rest. He sung such a wide variety of different songs, including covers of other songs to his own classic like; “Housequake”, “Let’s Go Crazy”, “Controversy”, and “Cream”.

At the beginning of his performance at Coachella he also managed to bring some other popular artists on stage to perform with him. Fans were treated to his first three songs that were sung with the Time and Sheila E. Prince’s sheer versatility was amazing and it was one of the major reasons he was able to keep himself so popular and relevant throughout his entire career.

Another performance from Coachella makes the list, not at all surprising, this time from electronic duo Daft Punk. Electronic Dance Music (EDM) was becoming quite popular in the early 2000’s but it was hard for artists to translate that to live performances, this all changed with Daft Punk and they truly set the standard of types of performances for this genre of music.

The staging and lighting was on a whole other level and it was quite like nothing anyone had ever seen before. They weren’t just hiding behind their equipment, they were on the top of a 24-foot pyramid which was covered in LED panels.

This was one of the first shows to really help cement EDM as a major force that needed to be considered for all major music festivals. The ability to engage the crowd all while not really talking and with their faces covered was simply amazing and a true testament to the duos ability. The duo is still creating amazing music and live performance these days and you should certainly try to see them perform live before it’s too late.

Once again a Coachella performance makes this list and with the likes of major names of Dr Dre and Snoop Dogg you can see why! But it was 2Pac (via hologram) that made the crowd go crazy and ensured it was one of the most talked about performances of all time.

Not only did the performance include those three artists but also the likes of 50 Cent, Eminem, Wiz Khalifa, and even Kendrick Lamar. The huge crowd was incredibly impressed with the technology behind getting a hologram of 2Pac and they were pleased to see “him” back on the stage where he belonged.

The greatest bands of all time also have one of the greatest live performances, no surprises here. There are obviously a lot of live performances to choose from, but this one really stands out. It was the first time ever that a concert was performed at an outdoor stadium.

It was also reported that the crowd was so loud that the band members couldn’t even hear what they where playing! The Beatles even had to arrive in an armored truck and there was over 2,000 security and police officers employed to keep everyone safe.