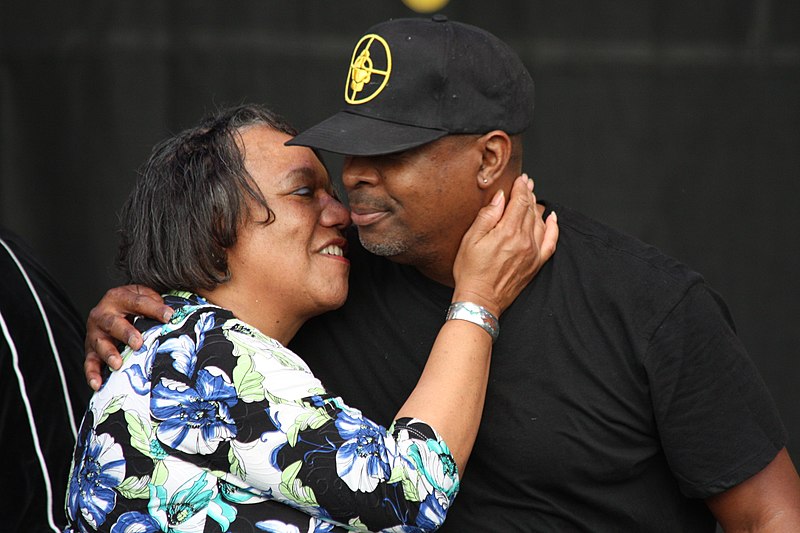 Public Enemy is famous for being an American hip-hop group, first formed by Chuck D, Flavor Flay, Professor Griff and DJ Lord (who replaced Terminator X after he retired). The band was first formed in Long Island in 1985 and is well known for the content of their music which features political commentary and criticism of the media in the US. The band music often focusses on African American issues in the United States as well. The band has often been recognised for their radicalism and influence on other hip-hop acts. They received their induction into the Rock and Roll Hall of Fame in 2013. The band received a Lifetime Achievement Award at the Grammy Award ceremonies in 2020.

The success of the bands politically motivated music has inspired other acts such as Kool Moe Dee, Gang Starr, X Clan, Queen Latifah and The Jungle Brothers to pursue similar topics in their music.

The band has the distinction of being one of the first hip-hop groups to perform well internationally and they pioneered the MP3 only format with their albums, the format was almost completely unknown at the time.

Chuck D and Flavor Flay first met at Adelphi University in the mid-1980s. They developed their talents as MC’s whilst working together on Flay’s father’s furniture business. Together they released the record ‘Check out the Radio’ which was a social commentary and was influenced by both Run D.M.C and the Beastie Boys. A while after Chuck D put out a tape called ‘Public Enemy #1’ in response to a MC who wanted to battle him and because he felt like he was being persecuted by other members of the scene. In 1996 Bill Stepheny was asked to sign Chuck D by Rick Rubin whom had heard his tape. The group was born after Stepheny assembled a number of the members, with the idea being that the group wiould blend Run DMC’s hard hitting style with intelligent commentary on black youth issues. The group first started out as an opening act for the Beastie Boys and released their debut albu, titled ‘Yo! Bum Rush the Show’ in 1987.

The band’s first album was received enthusiastically and critically acclaimed. The came out with their second album ‘It Take A Nation Of Millions To Hold Us Back’ in 1988. The album performed even better in the charts than their first and included the hit single ‘Don’t Believe the Hype’ and ‘Bring The Noise’. Impressively, the album was the first hip-hop album in history to be voted album of year in the critic polls for The Village Voice.

The following year saw the band return to the studio to record the album ‘Fear of the Black Planet’ which was just as politically motivated as their previous album. The album was intended for release in 1989 but wasn’t released until 1990. The album remains the bands most successful and includes the hit songs ‘Welcome to the Terrordome’ and ‘911 is a Joke’ which was criticism of the longer wait times for emergency responses in Black communities. The album also contained ‘Fight The Power’ which has gone on to become known as one of the most influential songs in hip hop history.

The band’s follow up release, ‘Apocalypse 91…The Enemy Strikes Back’ included a number of important songs including ‘Can’t Truss It’ which addressed slavery. They also included the song ‘I Don’t Wanna Be Called Yo Nigga’, a track which raised issues with the use of the word ‘nigga’. The band was one of the first rap groups to perform at the Reading festival.

Following a 1994 motorcycle accident, Terminator X relocated to North Carolina and eventually retired from the group in 1998 – wanting to live full time on his farm and focus on caring for his African Black Ostriches. The group began searching for a replacement in late 1998. The search took several months, but eventually they invited DJ Lord to join them after Professor Griff saw him at a Vestax battled and asked him if he was interested in hoing the group. DJ Lord joined Public Enemy during their 40th World Tour and has been credited on all albums and merchandise since. He has also won a number of turntablist competitions whilst working with the group.

The group released an album titled ‘How To Sell Soul To a Soulless People Who Sold Their Soul?’ which included the single ‘Harder than you think’. The group went on a four year hiatus from recording and returned in 2011 which the album ‘Beats and Places’, a compilation album which included remixes of their songs and a number of ‘lost’ tracks. The following year in July, 2012 Public Enemy released the album ‘Most of My Heroes Still Don’t Appear on No Stamp’, the album was released exclusively on iTunes.

Not long after the release of their new album, a remix of ‘Harder than you think’ was featured in an album for the 2012 Summer Paralympics which caused the song to go to number four on the charts in the UK. Mid-way through 2012 the band performed a free concert with other acts such as Salt-N-Pepa and Kid n’Play in Brooklyn, New York to celebrate Martin Luther King Jr. as part of the Martin Luther King Jr. Concert series. They also appeared live at the South West Four music Festival in London which was held at Clapham Common.

Late in 2012 their album, ‘The Evil Empire of Everything’ was released. The subsequently gave performances as the 2013 Glastonbury Festival, Riot Fest and Carnival in Chicago and Riot Fest and Side Show in Colorado.

The act ‘PE 2.0’ was launched in 2014 with the help of Chuck D, with the rapper Jahi from Oakland onboard. Chuck D stated that Jahi was the next generation of Public Enemy and the band’s spiritual successor. The rappers first met during a backstage sound check at the 1999 Rock and Roll Hall of Fame celebrations and he was later invited to support Public Enemy’s 20th anniversary tour in 2007.

The new act, PE 2.0 is tasked with revisting and covering past Public Enemy songs and creating new music with the original members of Public Enemy. The first album by PE 2.0 was released in 20134, titled ‘People Get Ready’ the album was the first in a planned trilogy. The second album ‘InsPirEd’ was released in 2015.

Public Enemy brought out their own album in the same year, released in July 2015, ‘Man Plans God Laughs’ was the bands thirteenth album. In 2017 the group released the album ‘Nothing Is Quick In The Desert’ which was available for free download on the Bandcamp website up until the 4th of July 2017.

PE 2.0 and Public Enemy have not released any new music more recently. Although Chuck D has recently written an open letter about the Grammy Awards after the group accepted their Lifetime Achievement Award after previously protesting the ceremony due to the lack of inclusion for hip hop and rap artists in the ceremony. The group had to argue that newer member DJ Lord should aslo receive the award after being a part of the group for more than 22 years.