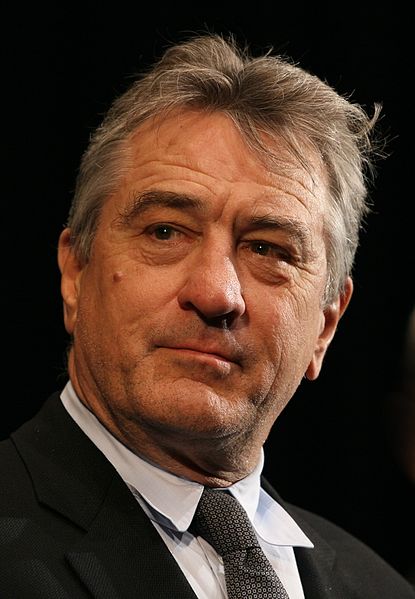 What is Robert De Niro’s age?

Who is Robert De Niro’s family?

Robert De Niro is an only child of Virginia Admiral and Robert De Niro Sr., who were both painters and who met during painting classes led by Hans Hofmann in Provincetown, Massachusetts. De Niro’s parents divorced when he was two years old after his father came out as gay and De Niro was subsequently raised in Greenwich Village and Little Italy in Manhattan with his Mother. De Niro’s father remained within walking distance of De Niro for most of his life.

Where did Robert De Niro go to school?

Rober De Niro went to PS41 up to the sixth grade before going to Elisabeth Irwin High School, a private upper school. He went to High School of Music and Art for a short period of time in ninth grade before transferring to a public junior high school, IS 71. De Niro went to high school at the private McBurney School before attending Rhodes Preparatory School. De Niro was friends with a group of street kids in Little Italy as a boy, who called him ‘Bobby Milk’. He remains lifelong friends with many of them. De Niro’s first acting experience was at school, with a production of The Wizard of Oz. He dropped out of high school at the age of 16 to pursue his acting career,

Where does Robert De Niro live?

Robert De Niro has an extensive property portfolio, his primary residence is a 78 acre estate in Gardiner, New York but he also owns a 6,000 foot, five bedroom apartment in Manhattan, worth $39.8 million. He has a number of other residences in and around the Tribeca area of New York.

What is Robert De Niro’s height and weight?

Robert De Niro is around 5 feet 9 inches tall or around 175 cm’s, and he weighs around 80kg’s. He famously gained around 27kg’s of muscle to play the role of the boxer Jake Ma Lotta in the movie Raging Bull. De Niro’s weight gain for the role was at the time the most that an actor had ever put on for a role and the effect was transformative. De Niro gained the weight by eating as much pasta as he could.

What nationality is Robert De Niro?

Robert De Niro was raised by his atheist mother and a father who was a lapsed Catholic. De Niro’s father left the Church at the age of 12. De Niro’s Grandparents had him baptized ag ainst his parents will as a child, his Grandmother being Catholic. De Niro has refused questions about religion in many of his interviews. He refused the role of Jesus Christ in the Martin Scorcese film, The Last Temptation of Christ. He has also played a number of Catholic characters in movies but has never confirmed his religious beliefs.

What is Robert De Niro famous for?

Robert De Niro is famous for being an American-Italian actor, producer and director. He has won many awards over the course of his career, including two Academy Awards, a Golden Globe Award, the Cecil B Demille Award, The Golden Lion, AFI Lifetime Achievement Award, Presidential Medal of Freedom and has received nominations for six BAFTA Awards.

Robert De Niro’s first role in a film came when his was 20 years old and he appeared in The Wedding Party (1963). His next appearance was in Blood Mama (1970) but first gained attention for his role in Bang The Drum Slowly (1973). He collaborated with Martin Scorcese for the first time that same year when he appeared as Johnny Boy in Mean Streets (1973).

De Niro’s break through role came in 1974 when he appeared in the Francis Ford Coppola film, The Godfather Part II (1974). De Niro played a young Vito Corleone and won an Academy Award for the role. De Niro also continued to have a working relationship with Scorcese, appearing in films like Taxi Driver (1976), New York, New York (1977), Raging Bull (1980), The King of Comedy (1982), Goodfellas (1990) and most recently The Irishman (2019).

What has Robert De Niro done since his breakthrough role?

What is Robert De Niro’s net worth?

Robert De Niro has an estimated net worth of approximately $300 million thanks to his film appearances, directorial work, real estate investments and business ventures. He is a part owner of the restaurants Nobu and Tribeca Grill and owns a film production company called TriBeca Productions.

Who has Robert De Niro married?

Robert De Niro’s first wife was Diahnne Abbott, the couple got married in 1976 and divorced in 1988. In 1997 Robert De Niro married his second wife, actress Grace Hightower. The couple split in 1999 but their divorced was never finalized and in 2004 they renewed their marriage vows. In 2018 the couple again split after 20 years of marriage.

Who has Robert De Niro dated?

Does Robert De Niro have kids?

Robert De Niro has six children, adopted daughter, Drena who was from her mother, Diahnne Abbott’s previous relationship. His second child with ex-wife Diahnne Abbott was a son, Raphael. He had twins with Toukie, sons Aaron and Julian. He also has a son Elliot with his Grace Hightower and a daughter, Helen. De Niro is also a Grandfather and has four grandchildren.