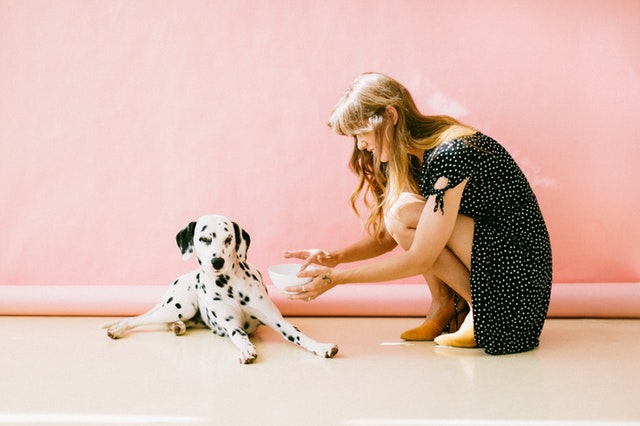 It’s not just humans that love music, animals do as well, music is truly enjoyed by all creatures great and small! But before you start belting your favourite tunes for your pet to enjoy as well, remember that animals tend to like different types of music than humans.

There can be heaps of benefits for animals to listen to music and science has certainly developed a lot to help humans understand the ways we can help our animal friends with music and what they want to hear. As a pet owner, you want to do everything you can to make your pet feel relaxed and comfortable in their home.

Music can also have an impact on other animals that aren’t just pets, which can be beneficial in other areas. Some of the impacts of music on animals are quite quirky and interesting. It will be great to see where science takes this in the future and what other discoveries can be made about the how different animals react to music.

You have probably even watched some videos on YouTube on animals reacting to music and tried it out on your own pet. Pets also tend to feed off the feelings and emotions their owner is displaying so if you are happy and dancing around the house while music is playing, then your pet might even be doing the same!

Playing the right type of music for animals is known to keep them calm in difficult situations like if they had an injury, or even help them do a certain activity faster.

Music is embedded in the world of humans and most would listen to music in one form or another at some point during the day, it is part of our routine and it makes us happy. It is so easy to just turn on the radio when you are in your car or pop your headphones in and get your playlist pumping.

Now, with the right type of music we can do the same for animals. Hopefully as the science in this area advances we can find out more and more of what our pets as well as other animals in general like to hear.

Have a read on below on all the different ways that music impacts animals; this includes household pets as well as other animals:

Cats love their own music

While cats don’t really like the type of music us humans listen to, scientists have been able to create music that cats really enjoy. Typical of cats to not like something that we like! But if you have a cat as a pet then you are still in luck and are able to have your pet experience music as well, it just won’t be anything that we, as humans, would be used to.

The music is different as it has tempos and frequencies that are consistent with the way cats usually communicate. The study that found and developed this new music went to different household and gave cats two varieties of music to listen to, classical music and the songs that were specifically designed for cats.

Cats had more of a positive reaction to the songs that were created for them and they would even rub against the speaker. The study also found that younger and older cats enjoyed the cat created music more, while middle aged cats didn’t really have that much of a reaction.

Cats are very interesting creatures and it can sometimes be difficult to get a read on them. Owners of cats should think about finding music that has been specifically written for cats to give them something to be happy and hopefully more relaxed about!

No we aren’t talking about heavy metal

music here, more along the lines of classical music. There are a lot of different things that can make a dog stressed out, like; being in a shelter, fireworks/ thunder storm/ loud noises, in a boarding house, travelling in a car, at the vet/ in surgery or even at a grooming facility.

Dogs also tend to feed off your emotions as well, and no pet owner would want to have an upset or stressed dog, however some of these situations are a fact of life (you probably won’t be able to get New Years Eve fireworks cancelled!). So it is important that you do all you can to make your dog as comfortable as possible until the situation is over.

Classical music has been found to have great impacts on humans, it helps them study better for example, and with dogs it is found to help them sleep easier which is a sign that they are more relaxed. In the same train of thought, a study also found that metal music had the complete opposite effect on dogs and caused their bodies to shake more, which is a sign that they are frightened.

The study found that humans and dogs are quite alike when it comes to how music makes us feel. So why don’t you pop on some classical music which will have some great benefits for not only you but also your pet dog!

Something that you probably didn’t think would make the list of benefits music can have on animals! A research found that when cows listened to relaxing music they actually produced more milk. Now if you are a farmer this might actually be music to your ears as you might be able to get more milk from your cows in the same amount of time!

It was concluded that listening to relaxing music probably meant the cows were less stressed which helped them to produce more milk (upwards of 3% more). Relaxing music tends to be slightly different to that of classical music, but songs from Enya and other relaxation music should do the trick, you could also experiment with different songs to see if there are any changes in milk production.

Birds love to sing and create their own sounds, most birds chirp (sometimes too early in the morning!). When birds were studied while listening to other birds chirp tunes, scientist found that their brains reacted in a comparable way to that of human brains when we listen to music.

The study was conducted using white tailed sparrows and when the male birds sung to the female birds, the brain lit up in similar places as human brains do while music is playing. The male birds were a bit different as their brains lit up in a similar fashion as when humans listen to music that they don’t really enjoy.

Just like how elephants can paint using their trunks, they also have the ability to play music. In Thailand, a conservationist created instruments specifically designed for elephants, and they can really play!

Elephants seem to have a basic concept of rhythm and beats so they have the ability to play together. They have even to been found to keep a good tempo on large drums, some even better than humans can. Elephants are truly amazing creatures and it is remarkable just how much they can do with their trunks.