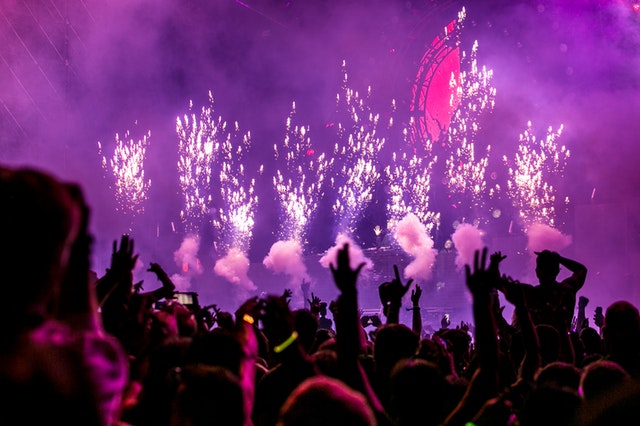 Live music is unlike anything else in the world. It is so important that if you have the ability to go see as music live music as possible, and if you are lucky enough you might go and see one of the greats.

There are some artists, however, that stand out from the rest when it comes to putting on a show. They don’t just come and sing for a couple of hours, they truly perform and connect with the audience. This is actually quite a difficult thing to do, especially with massive crowds, that’s why only a few of the greatest artists have made this list of best performers!

Listening to music through the radio or your phone is good, but nothing beats the real deal. So make sure you take the opportunity when you get the chance, or you might really regret it. So keep your eyes peeled for when artists make their way to your home city, or if you have a bit of cash to splash travel to where they are performing.

If you are struggling for funds at the moment, that doesn’t mean you can’t go see live music. A lot of local pubs and bars have live music, especially on the weekend. While you probably won’t be seeing one of the greats, you never know what you might find!

So, have a read on below at some of the best artists to see live (present or in the past and artists are in no particular order):

She just knows how to put on a show, all the way back from her Destiny’s Child days she is a true performer. You don’t have to be an avid follower or crazed fan to understand and appreciate the talent that is Beyoncé.

She recently performed at Coachella in front of a huge adoring crowd. Her dance moves are killer and she is super fit (she would have to be to ensure she can sing and dance so well at the same time). If you ever get a chance to see her live, you should grab the opportunity with both hands.

One of the greatest of all time who is still touring today. He has been in the music industry for a while now and has still been able to remain relevant and loved by so many. Fans that go see Elton John live will be treated to a spectacle of lights and colours, as well as his famous piano playing abilities.

Elton John plays for massive sell out crowds w herever he goes, but is still able to build personal connections. If you have the chance you should certainly go see him live before he retires

from going on world tours.

Unfortunately, Michael Jackson is no longer with us so everyone has missed the opportunity to see this great live (unless you already saw him back in the day). During his live performances fans were amazed has his crystal clear voice and smooth dance moves.

He truly had the ability to captivate any audience and take them on a journey. He always seemed to really be enjoying himself and he loved to entertain, even all the way back to his Jackson 5 days.

The dancing is one of the things that make Jennifer Lopez’s live performances great. She knows what people want to see and she works hard to ensure the fans get it. She has got so many awesome hits, spanning her entire career, that fans should go and see live as soon as possible.

Recently, at 50 years of age she performed at the 2020 Super Bowl half time show. She proved that age is no barrier when it comes to performing so actively live. She wasn’t just standing and singing, it was a true performance with dancers, costume changes and everything in between.

Adele sells out massive arenas no matter where she goes in the world. People find that they can relate to Adele on a more personal level, and this is felt in her live performances. She is really down to earth and likes to make everyone feel included. Her sound is just breathtaking and has to be heard live to be believed.

Hopefully there are still many more world tours from Adele to come, so if you haven’t seen the great Adele yet you will still have an opportunity. In the meantime, people will just have to be happy with watching YouTube clips until she goes on tour next.

Nothing beats a little bit of live rock and roll, and no band does it better than The Rolling Stones! While the English rock band has performed live in recent years (in 2018), many fans believe that their days of world touring are numbered. So if you can make sure you see them live one last time.

During live performances The Rolling Stones always get the crowd up and dancing around with all their greatest hits. Lead singer Mick Jagger has some awesome dance moves that you do not want to miss!

While lead singer Freddie Mercury passed away in 1991, you can still see the band live with other lead singers, more recently with Adam Lambert. Nothing, however, would beat seeing the original band perform live back in its hay day.

If you do find you need your hit of Freddie Mercury like performances, then this motion picture Bohemian Rhapsody is one of the next best things, or even YouTube clips of the great band performing (thank god for YouTube!).

If you were lucky enough to see the AC/DC’s tour back in the 1980’s the you know just how amazing of a live band they are, not to be outdone, they are still touring today (including Guns N’ Roses lead Axl Rose or Aerosmith).

With so many hits to choose from to add to their live set, fans are entertained for hours. Their Aussie laid back attitude makes for a unique performance that would be remembered for many years to come. Make sure you don’t pass up the opportunity to see this band live if you can.

If it is a true show you are looking for, then Taylor Swift will have everything you need. You don’t even need to be a massive fan to value the amount of time and energy she puts into every performance, even the sets are amazing and out of this world.

She has a massive fan base right around the world which means that no matter where she performs, it is a sell out. Fans are hoping that they will see Taylor Swift back in their home country many more times, as there is nothing like seeing Taylor Swift perform live!