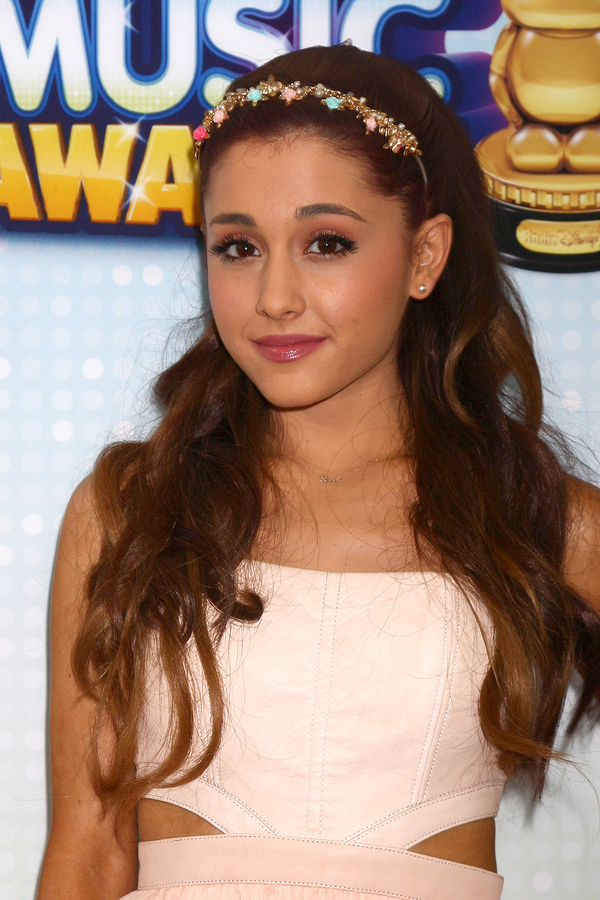 Ariana Grande (born on the 26th June 1993) is famous for being an American singer, songwriter and actress. She first began her career on Broadway in the musical 13 and became popular thanks to her role on the Nickelodeon television series Victorious which ran between 2010 and 2013 and the spin-off television series Sam & Cat which she appeared in between 2013 and 2014.

She launched her music career on those shows and first emerged with a 1950s doo-wop inspired style. The singer has received a number of awards over the course of her career including a Grammy Award, Brit Award, two Billboard Music Awards and three American Music Awards. She has been streamed more than 40 billion times on YouTube, Spotify and Apple Music. She has been the most followed person on Instagram since 2019.

Ariana Grande was born in Boca Raton, Florida. She is the daughter of Joan Grande, the CEO of Hose-McCann Communications and Edward Butera, a graphic design firm owner. Grande is Italian-American with her heritage being Sicilian and Abruzzese. She has an older hlf brother, Frankie Grande who is a producer and entertainer. Ariana Grande’s parents first separated when she was around 9 years old.

When she was a child she performed at the Fort Lauderdale Children’s theatre in a production of Annie as the main title character. She also performed in The Wizard of Oz and Beauty and the Beast. She made her first nationally televised appearance in ‘The Star-Spangled Banner’ for the Florida Panthers.

Ariana Grande went to Pine Crest School and North Broward Preparatory School. By the time she reached the age of thirteen she had become serious about pursuing a career in music. She began meeting managers in Los Angeles and expressed an interest in creating an R&B album. She was cast in the Broadway musical 13 in 2008.

Ariana Grande was first cast in the Nickelodeon show ‘Victorious’ alongside her musical co-star Elizabeth Gillies in 2009. She was cast as the character Cat Valentine and had to regularly dye her hair red for the role which cause extreme damage to her hair. The show first premiered in 2010 and had the second largest viewership of any live-action Nickelodeon show in history. The role made Grande a teen idol.

In 2010 she also appeared in the musical Cuba Libre. Following the end of the second season of Victorious, Ariana Grande decided to start focusing on her musical career and began working on her debut album. She began to work with the vocal coach, Eric Vetro to help extend her vocal range. She made her first musical debut on the soundtrack of Victorious in 2011. During the 2011 filming of Victorious she began to make recordings of herself singing covers of songs by Adele, Whitney Houston and Mariah Carey.

A friend of the CEO of Republic Record became impressed with her vocal range and sent links to her Youtube videos to him and she was quickly signed to Republic Records. A single ‘Put Your Hearts Up’ was released in 2011, the song was recorded for an unreleased teen pop album. She has come out to say that she did not like recording for the bubblegum pop genre and did not like the song.

Throughout 2011 she also did voiceover work for the television show Winx Club and for the animated film Snowflake, the White Gorilla. She also recorded music for the second Victorious soundtrack. The show was not renewed for a third season and aired its final episode in 2013. Grande also collaborated with Mika on a song called ‘Popular Song’ in late 2012 and starred in the musical production ‘A Snow White Christmas’. She began appearing in the Victorious spin-off series ‘Sam & Cat’ which only lasted one season.

Ariana Grande brought out her first studio album in 2013; it was titled ‘Yours Truly’ and debuted at number one. The lead single on the album featured rapper Mac Miller and peaked at number nine. She recorded the song ‘Almost Is Never Enough’ with Nathan Sykes in 2013 and joined Justin Bieber on his tour for the Believe album. She released a Christmas EP in 2013 called ‘Christmas Kisses’.

Her second album, ‘My Everything’ was released in 2014 and debuted at number one. The songs lead single, ‘Problem’ featured rapper Iggy Azalea and became her first number one single in the UK. She also provided vocals for the song ‘Bang Bang’ alongside Jessie J and Nicki Minaj. She recorded the song ‘All My Love’ for the Hunger Games: Mockingjay – Part 1 soundtrack and released the Christmas song ‘Santa Tell Me’ in 2014. In 2015 she went on The Honeymoon Tour and appeared on the television show Scream Queens.

The following year she contributed her vocals to the 2017 live action remake of Beauty and the Beast and embarked on her Dangerous Woman Tour. During a concert at Manchester Arena in the same year a suicide bomber detonated a homemade bomb. Ariana Grande suspender her tout and performed a benefit concert which raised more than $23 million. Her tour was resumed and ended in September 2017.

She also started working on her fourth album Sweetener. She released the single ‘No Tears Left to Cry’ in 2018. The album debuted at number one and was well received by critics and earned her a Grammy Award. In late 2018 she released the single ‘Thank U Next’ and announced her fifth album. ‘Thank U Next’ became the most-watched music video on Youtube in 24 hours after its release.

The second single from her album ‘7 Rings’ was released in 2019 and debuted at number one. The album also debuted at number one and made Ariana Grande the first artists with three songs occupying three spots on the Billboard Hot 100 thanks to the single ‘Break Up With Your Girlfriend, I’m Bored’. She collaborated on the song ‘Don’t Call Me Angel’ with Miley Cyrus and Lana Del Ray which was released in 2019. She also released the single ‘Boyfriend’ in August 2019.

Ariana Grande dated the actor Graham Phillips whom she met on the Broadway set of 13 between 2008 and 2011. She met Mac Miller whilst recording her single ‘The Way’ in 2012 and began dating him in 2016; they broke off their relationship in 2018.

He died a few months after their break-up leaving Ariana Grande devastated. She began dating Pete Davidson in May 2018, although the couple announced they were engaged only a couple of months later, the engagement didn’t last and was called off in October 2018.

Grande has suffered a number of health issues including post-traumatic stress disorder following the bombing of her Manchester concert.