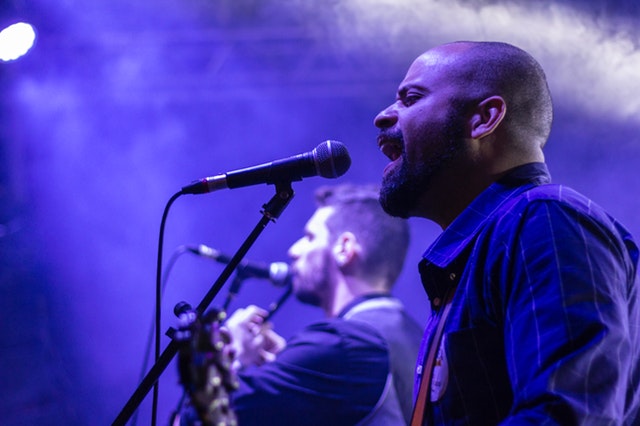 It is never too late to start a career in music, no matter your age. Many have this belief then you need to be young to have a career and make it in music. But the good news is this is certainly not the case. While it will be particularly challenging at times, age is but a number and the music industry should appreciate good music.

While you can get your “big break” at any time, it doesn’t mean you won’t have to work hard. If you look at all the most successful musicians in the industry, you will probably notice that they all have a few things in common. So if you want to be successful be prepared for the never say die approach and work harder than everyone around you.

This doesn’t guarantee success, but it sure points you in the right direction. Majority of the artist these days rose to popularity when they were quite young, i.e. in there 20’s or even earlier. However, that doesn’t mean if you are in your 30’s and beyond, you have lost your chance.

The music industry has opened up dramatically in the past few years with the help of technology and online streaming music services. You no longer need to be signed to a major label and it is much more easier to self publish your work on your own website, or even on Spotify etc. People love discovering new music and they are constantly looking for new ways to find hidden gems.

Only recently (in 2015) made it to mainstream with her motivational “Fight Song”. Rachel Platten was 34 years old when this single was released and the next year released “Wildflower” which climbed to position 5 on the Billboard 200. The catchy tune made a big splash and continued to build momentum as it was used in media quite a bit.

Some of the most well known places where “Fight Song” could be heard included, on advertisements for Ford, in TV shows Supergirl and Pretty Little Liars, as well as for Hillary Clinton’s presidential campaign. All this helped the tune become certified double platinum.

After not seeing the success he had hoped for as a writer, he moved from Canada to US in hopes of having the success he desired in the music industry. He made his way by writing songs for other artists before he released Songs of Leonard Cohen in 1967.

This song included the cult classic “Hallelujah”, which is well known by many people right across the world. At the time of this album release, Leonard Cohen was 33 years of age. The classic tune “Hallelujah” has been covered numerous times by the likes of Bob Dylan and Neil Diamond. He has also won the Grammy Lifetime Achievement Award, in 2010.

Before she hit mainstream success in the music industry, Sheryl Crow was a music teacher at an elementary school. She also worked on commercial jingles for popular brands including Toyota and McDonalds. On top of this she was even a background singer for the great Michael Jackson before she decided to create her own album.

After creating her own album, and it being rejects by a label, it found its way online through a variety of sharing platforms, she started to gain momentum and it was in 1993, with the release of “Tuesday Night Music Club” where she saw great success. At the age of 31 her single “All I Wanna Do” was being played on a continuous loop on every radio station (https://chilloutradio.com/) in every country!

The rise of Susan Boyle was closely documented as she rose to fame at 48 years of age on the talent TV show, “Britain’s Got Talent”. The YouTube clip of her first audition on the show is one of the most highly views clips. Despite not winning “Britain’s Got Talent” in 2009, she finished in second place; her success in the music industry was still cemented.

Throughout her time on the show, she gathered a huge following, through the help of the internet. She gained a lot of international attention, which helped her first album (in 2009) to debut as the number 1 best selling album in many countries around the world. She has even received two Grammy nominations!

Ah the difference a name change can make! After recording and releasing albums under the name “Tity Boi” without any real success, he decided to change his name in 2011 to something a bit more family friendly (so to speak), and this was how 2 Chainz was born.

His seventh (yes seventh) album, “T.R.U. REALigion” was his first one to see real success and he was 34 years of age at the time of this album release. Since then 2 Chainz has become one of the biggest names in rap and has collaborate with some other big names including Nicki Minaj, The Weeknd and Kanye West. He has even won a couple of Grammy’s just for good measure.

This Italian musician is probably one of the most recognised in the world. While he doesn’t sing mainstream pop songs, he has sold millions upon millions of albums worldwide. It took a few years for this legend to break through, but once he did, he never looked back.

Andrea Bocelli was signed to a label in 1993, when he was in his 30’s. After the release of his debut album has music career skyrocketed. Even a couple of years later, at the age of 41, another one of his albums “Sacred Arias” reached the feat of becoming the most sold classical album from a solo artist, it sold more than 5 million copies!

Debbie Harry was always set for stardom, but her music career didn’t come until later in life. In her earlier years she spent her time in the Playboy Mansion as a bunny. After that she and her band, “Blondie” became one of the most well known bands of the 70’s.

Their first album was released in 1976, when Debbie Harry was 31 years of age. It took another two albums to achieve mainstream success, when the album “Parallel Lines” released in 1978. It in album sits the number 1 hit “Heart of Glass”.

After serving nine years in the Navy, Bill Withers decided to move to LA in the dream of becoming a musician. He recorded demos out of his own pocket and performed live at clubs during the night.

He finally released his debut album “Just As I Am” in 1971 and he was 34 years of age. This great album includes the mega hit of “Ain’t No Sunshine”. He also won a Grammy in 1972 for Best R&B Song. Even after his album’s rising success it took him a while to quit his assembling job because he thought the music industry was fickle.