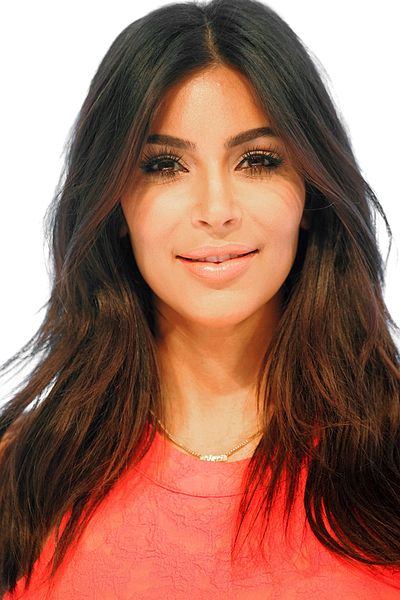 What is Kim Kardashian’s full name?

What is Kim Kardashian’s age?

Where does Kim Kardashian live?

Kim Kardashian and her husband Kanye West have substantial real estate holdings but their main residence is in Hidden Hills, Los Angeles, where they live in a sprawling, luxury home.

Who is Kim Kardashian’s family?

Kim Kardashian is the daughter of Robert Kardashian and Kris (née Houghton). Her father is famous for defending OJ Simpson during his infamous 1995 murder trial. Her father died in 2003. She is the middle child and has an older sister, Kourtney, a younger sister Khloé and a younger brother, Rob. Kim’s parents divorced in 1991 and Kris remarried again later that year to Bruce Jenner (now Caitlyn Jenner) which led to Kardashian-West gaining the step brothers Burton, Brandon and Brody, step-sister Casey and her half-sisters Kendall and Kylie Jenner.

Where did Kim Kardashian go to school?

Kim Kardashian went to Marymount High School; a Roman Catholic all-girls school located in Los Angeles and was later home-schooled. She is currently studying to be a lawyer.

How tall is Kim Kardashian?

How much does Kim Kardashian weigh?

Kim Kardashian has most recently confirmed her weight is 53kg (although it fluctuates with dieting). The mention of her weight was during an Instagram story in which her sister, Khloe, called her anorexia. The comments drew widespread criticism.

What nationality is Kim Kardashian?

Kim Kardashian is American. Her mother is of Dutch, Irish, English and Scottish heritage and her father is American-Armenian.

Kim Kardashian is a Christian and has previously described herself as ‘really religious’. Most of her education was in Roman Catholic and Presbyterian Christian schools.

What is Kim Kardashian famous for?

Kim Kardashian West is a reality TV star, social media influencer and entrepreneur who first became famous in 2007. She is one of the most influential celebrities in the world and has more than 151 million followers on Instagram.

How did Kim Kardashian’s career start?

Kim Kardashian’s first foray in fame was as a friend and stylist of Paris Hilton. She made a number of guest appearances on the reality television show ‘The Simple Life’ between 2003 and 2006. She opened a boutique called D-A-S-H with her sister in 2006.

What was Kim Kardashian’s breakthrough?

It was the leak of Kim Kardashian’s sex tape in 2007 which catapulted her to notoriety. The sex tape was filmed in 2002 with Ray J and was leaked, resulting in Kardashian filing a lawsuit against Vivid Entertainment, who first distributed the film. The suit was eventually dropped and Kim Kardashian agreed to a $5 million dollar settlement. She has been highly criticised for using the release of the sex tape as a launch pad for promoting the upcoming reality show, ‘Keeping up with the Kardashians’ which was close to release at that time.

What has Kim Kardashian done since first becoming famous?

The reality show premiered in 2007 and featured Kim Kardashian, her mother Kris Jenner, step-parent Caitlyn Jenner, siblings Kourtney, Khloe and Rob Kardashian and her half-sisters Kendall and Kylie Jenner. The series proved to be highly successful on the E! Channel and led to a number of spin-offs. Kim made a nude appearance in Playboy in December 2007. She made her first film appearance the following year in the spoof movie, ‘Disaster Movie’. She later appeared on ‘Dancing with the stars’ and made a cameo appearance on ‘How I met your mother’ in 2009. She most recently drew a lot of attention for her figure-hugging ‘wet dress’ at the Met Gala.

What products does Kim Kardashian endorse?

Kim Kardashian began endorsing several products in 2010; including Carl’s Jr and launched several clothing collections and fragrances with the help of her sisters between 2010 and 2013.

A wax figure of Kim Kardashian was revealed in 2010 at Madame Tussauds in New York. She also wrote an autobiography with her sisters and filmed a music video in the same year. In 2014 Kim Kardashian was photographer for ‘Paper’ by Jean-Paul Goude. The image of her nude buttocks above the caption ‘Break The Internet’ became a popular meme. The image garnered an unprecedented social media response of 15.9 million views in a single day.

What products has Kim Kardashian created?

In 2016 Kim Kardashian was robbed at gun point, whilst she was in Paris attending Paris Fashion Week. Five men dressed as police officers entered her hotel room, bound and gagged her and then stole more than $10 million in jewellery. Many media outlets have suggested that the robbery was a ploy to gain media attention. Kim Kardashian’s net worth

What is Kim Kardashian’s net worth?

Kim Kardashian is currently estimated to be worth $370 million. Much of her money has come from endorsements, Kim can earn up to $1 million for an Instagram post. She has also earned significant sums of money from  her reality TV show Keeping up with the Kardashian’s.

Who is Kim Kardashian married to?

Kim Kardashian is currently married to Kanye West, but has been married twice previously. Her first marriage was in 2000, when a then 19 year old Kim eloped with music producer Damon Thomas, they divorced in 2003. Kim claimed that Thomas was emotionally and physically abusive and that she was high during their wedding. She later married Kris Humphries in 2011. The wedding was aired in a TV special on the E! Network. Kim filed for divorce only 72 hours later, claiming irreconcilable differences. Most news outlets said that the marriage was only a publicity stunt to generate money and fame. She later began dating rapper Kanye West in 2012, whilst she was still married to Humphries. Kim and Kanye got married in 2014.

How many children does Kim Kardashian have?

Kim Kardashian has four children with her husband Kanye. She has a daughter North (born June 15, 2013), a son Saint (born December 5, 2015), a daughter Chicago (born January 15, 2018) and a son Psalm (born May 9, 2019). Kim has suffered a number of difficulties during her pregnancies including pre-eclampsia and placenta accreta. She was advised not to fall pregnant again and her third and fourth children were carried by a surrogate.