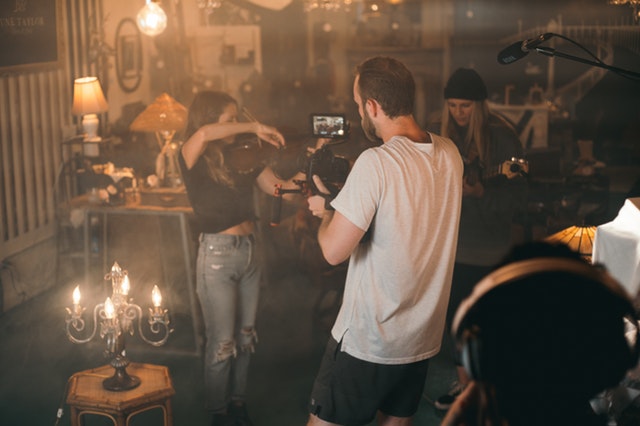 Music videos are still important today for the music industry and they are great to express a snippet of time and culture. With the increase of video streaming sites (like YouTube), viewing all different types of music videos is readily available.

Not only can you see the latest and greatest when it comes to music videos, but you can also take a look at the music videos created in the past. Some music videos are so instrumental they can even change the way we think.

Music videos are an effective way of getting the message of not only the song across but also the artist. They are massive in pop culture and shows what the latest in fashion, cars, houses, technology was like. Some music videos were even ahead of there time pushing the boundaries of special effects and the like.

You wouldn’t go so far to say that a music video could make or break a song, but it does have a fairly big influence. There are some music videos out there that are created to get people talking and really do stand out from the rest.

Some are cinematic pieces of brilliance destined for the big screen and help to convey a really important message. Some are just iconic and even though they were released decades ago, are still talked about and watched very regularly.

Those few music videos that have the power to change how we feel or what we think, they have the ability to stand the test of time, still being relevant and popular today. These greatest music videos of all time are great for a reason and are usually created for and by artists that are already very popular within the industry.

These artists know just how important music videos can be for the song/ album/ their career in general, and usually a lot of resources are put behind the video to ensure it is the best it can be. More resources doesn’t always translate to better music video however, it is important that the sweet spot is found.

So, have a look below at some of the greatest music videos of all time (in no particular order), you have probably already seen or heard about all the below music videos, but why don’t you take trip down memory lane and re-watch some of the classics:

This catchy tune was made even better by the amazing music video that accompanied it. The music video is so regularly talked about and many believe it to be the birth place of those famous pants, they are even sometimes referred to as “MC Hammer pants”. You know when a music video has an impact on fashion that it is a very influential video!

The best thing about this music video is its simplicity, it isn’t trying to be something it’s not and over complicate things. Most of the video is filmed with a white background and MC Hammer doing that famous dance that pretty much everyone has tried (and some more successfully than others) to replicate. If you are looking for a music video to get you in the party mood, this is the one for you.

No greatest musical videos of all time list would be complete without the king of pop himself! There are a lot of Michael Jackson videos that could have been on this list, but many would agree that Thriller video is really a cut above the rest.

This was a song that was played on our radio pretty much on a continual loop, and is even still played today. Unlike the MC Hammer music video, there was a lot that went into this to make it what it is. The costumes, special effects, story line, make up, dancing, acting, and let’s not forget the sweet voice of MJ himself.

This music video really told a story and it was directed to perfection. Classic MJ dance moves were also featured heavily throughout the music video and many people pride themselves in saying they know how to do the Michael Jackson Thriller dance!

A more recent music video makes this list. Just a few years ago Kendrick Lamar released the great masterpiece that is the Humble music video, and it is certainly anything but humble! The special efforts of this music video are actually out of this world and really have to be seen to be believed.

The director did simply an amazing job with this music videos and religious imagery feature heavily throughout the video. The lyrics themselves to this song are so powerful, so it is great to see that an equally as powerful music video is attached to this song. If you are looking to get yourself hyped up before heading out, this is the song and music video for you.

While you may not have heard about the band or song, or may not even remember the music video, once you look it up online you are sure to remember hearing about or seeing the viral video. It is simply really iconic and it was highly talked about at the time. Many people even spend a lot of time trying to replicate what was in the music video.

This music video was released just before YouTube become a really common and popular platform, but pretty much instantly became a viral sensation, gathering almost a million views in just a couple of days. The music video simply consists of the four band members, six treadmills, what looks like a massive sheet of aluminum foil and a perfectly choreographed routine.

One of the best songs from Nirvana, so it is only fitting that it also it probably this best music video and certainly deserves a spot on this list. If grunge is what you are looking for then you’ll be ecstatic because grunge is definitely what you get, it is typical Nirvana that everyone knows and loves.

The director worked really well with the band to help convey the right message and it really helps the one and only Kurt Cobain really shine through. Cobain even re-edited the music video as he was unhappy with the director’s initial cut. If you are looking for something to bang your head to, make sure you revisit this iconic music video from the 1990’s.

There is so much happening in this music video but it all just works. It is essentially organised chaos, which also represents what the song is all about, so it is great to see the two work hand in hand with each other. The music video also even won video of the year at the VMA’s!

The director does a great job at further bringing the song to life and many fans were so happy and entertained by this video clip. The imagery here is awesome and it fits in perfectly with the song itself. If you are looking for a music video to get you ready for a party or a night out on the town, you can’t look past this one!