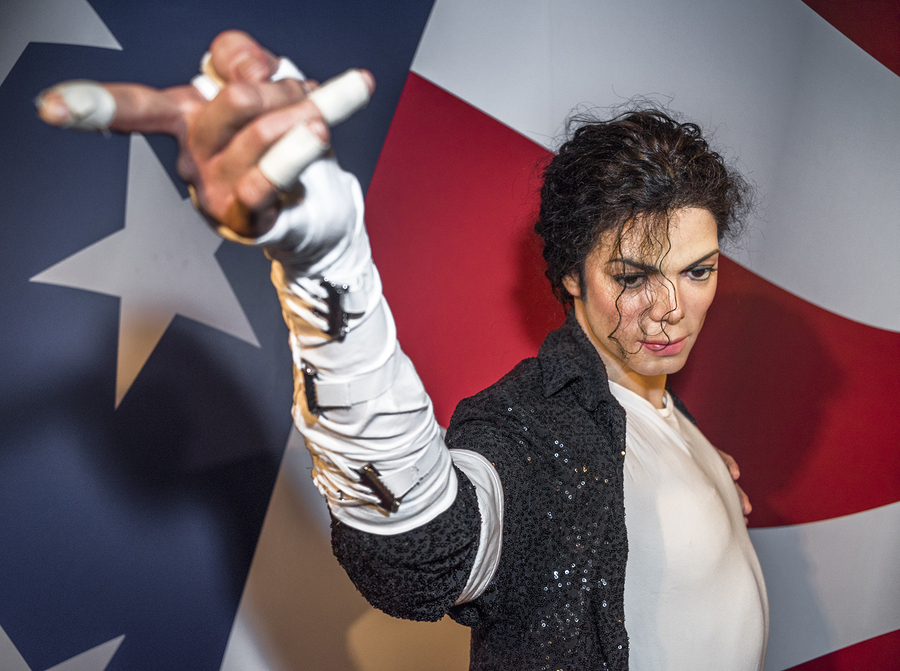 What is Michael Jackson’s full name?

Michael Jackson’s full name is Michael Joseph Jackson, he had many nicknames including ‘The King of Pop’, ‘The Gloved One’, ‘Wacko Jacko’ and ‘MJ Applehead’.

What is Michael Jackson’s age?

Michael  Jackson was born on the 29th August 1958 in Gary, Indiana. He died on the 25th of June, 2009 in his home in Los Angeles, California at the age of 50. His death was the result of an acute overdose of propofol and benzodiazepine. His death was ruled a homicide, his doctor was convicted of involuntary manslaughter and served two years of a four year sentence.

Who is Michael Jackson’s family?

Michael  Jackson was the son of Katherine Esther Jackson and Joseph Walter ‘Joe’ Jackson. His mother was an aspiring country-western performer who worked part-time at Sears whilst his father was a former boxer and a crane operator at U.S Steel, he also played with a local rhythm and blues band to help supplement the families income. Jackson was the eighth of ten children in the family. He had three sisters growing up (Rebbie, La Toya and Janet) and five brothers (Jackie, Tito, Jermaine, Marlon and Randy). He also has a sixth brother whom died shortly after birth. The Jackson family were working class and lived in a two-bedroom home on Jackson Street. Michael Jackson’s father was physically and emotionally abusive and used to hit him and his siblings with a belt.

Where did Michael Jackson go to school?

Michael Jackson began his education at a public school in Gary, Indiana which he attended until he was 11 years old. He was an above average student and excelled in creative classes. As the Jackson 5 became more famous Jackson has to leave school and instead was tutored privately for 3 hours a day from Monday to Friday. Jackson eventually graduated from Montclair College Preparatory School.

Where did Michael Jackson live?

Michael Jackson lived in the famous Neverland Ranch, often called simply Neverland. The property was located in Santa Barbara County, California and was situated on the edge of Los Padres National Forest. The Ranch featured a private amusement park. Michael Jackson purchased the property in 1988 for around $19.5 million. In addition to the amusement park the home also featured a petting zoo and many artistic garden statues. The home featured a train, Ferris wheel, Carousel, Zipper, Octopus, Pirate Ship, Wave Swinger, Super Slide, Roller Coaster, Bumper cars and an amusement arcade. When he was accused of child molestation in 2003 the police searched the property extensively and Jackson decided not to return as it no longer felt like a home.

What was Michael Jackson’s height and weight?

Michael Jackson was 5 feet 9 inches tall, or approximately 175 cm’s and he weighed around 62 kg’s at the time of his death. His weight was exceptionally low for his height, whilst some reports said that he was emaciated others suggested that his body weight was in the acceptable limits. At his height, his weight meant that he was mostly skin and bones and quite frail. Reports of his weight led many people to speculate that he had an eating disorder although that has never been confirmed.

What nationality is Michael Jackson?

Michael Jackson’s mother was a Jehovah Witness and Michael Jackson was raised following that faith. He remained a devout Jehovah’s Witness up until 1987 but chose to leave because the ‘elders’ of his religion disapproved of the use of a gun in his music video Smooth Criminal. Despite no longer being a Jehovah’s Witness he still had strong Christian beliefs. He was said to carry around a bible and expressed spiritual beliefs.

What is Michael Jackson famous for?

Michael Jackson was famous for being an American singer, songwriter and dancer. He was often called the ‘King of Pop’ and is touted as being one of the most significant cultural figures of the 20th century and a huge influence on the music industry. He is known for being one of the best entertainers in music history.

How did Michael Jackson’s career start?

Michael Jackson and his brothers joined the Jackson Brothers band formed by their father in 1964. The band included Jackie, Tito and Jermaine as back-up musicians. Later in 1964 Michael began to share lead vocals with Jermaine and the group name was changed to ‘The Jackson 5’. The band toured between 1966 and 1968 around the Midwest at a number of Black clubs known as the Chitlin Circuit. In 1967 they won an amateur night concert in Harlem. The band went on to record several songs at Steeltown Records and their first single was released in 1968. Bobby Taylor then brought the band to Motown in 1968 and helped to produce some of their early recordings. The band had their first number on song in 1970 with ‘I Want You Back’. Jackson began to emerge as a teen idol and solo performer in the 70s. In 1975 the band left Motown and signed with Epic Records, the band released six more albums.

What was Michael Jackson’s career breakthrough?

It was Michael Jackson’s fifth solo album ‘Off the Wall’ that helped establish him as a solo performer. The album produced a number of chart-topping singles and reached number three on the Billboard 200. In 1981 Michael Jackson recorded with Freddie Mercury but the songs were not released until after Michael Jackson’s death. Michael Jackson released his sixth album Thriller in 1982. The album went on to become the best-selling album in history. The album topped the Billboard 200 charts for 37 weeks. In the mid-80s Jackson partnered with PepsiCo on a $5 million promotional deal. He later signed a $10 million deal with Pepsi which provided financial backing for his album Bad.

What has Michael Jackson done since his career breakthrough?

Michael Jackson went on to do the Victory Tour, the last with his brothers. Jackson was diagnosed with Vitiligo in 1986 following a period of speculation about his lightening skin. Jackson also began to have surgeries including a rhinoplasty and a cleft chin surgery. Michael Jackson’s Bad album produced five number one singles and won him a number of awards. In 1991 he renewed his contract with Sony for a record breaking $65 million. He released his eighth album, Dangerous, in the same year. The album included a number of songs that made the charts, most notably ‘Black or White’. The first child sexual abuse allegations were made against Michael Jackson in 1995. In June 1995 he released the album ‘HISTory: Past, Present and Future, Book I’ the album contained a number of original songs and cover songs. 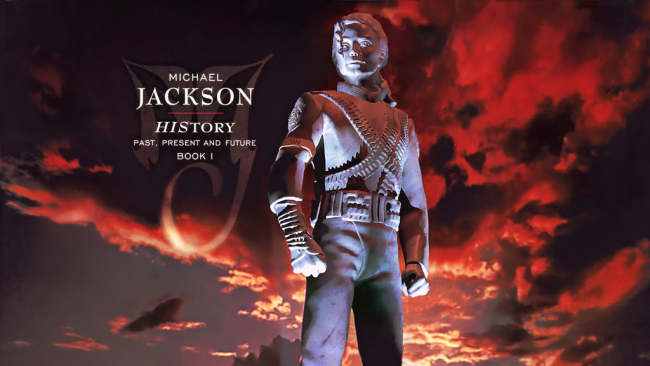 He released a remix album of HIStory in 1997. Michael Jackson later released Invincible but disputes with his label stopped him from touring in the US. In 2003 further charges of child molestation were laid again Michael Jackson. Jackson’s finances and health began to suffer and he did not release another album before his death, although he announced in 20089 that he would be touring The concerts were set to run from July 2009 to March 2010 but Jackson passed away prior to the tour. A large catalogue of his music was released post-humously.

What was Michael Jackson’s net worth?

Michael Jackson had an estimated net worth of approximately $500 million at the time of his death, despite reports of possible foreclosure on his Neverland Ranch and other financial difficulties. His wealth was built up from his singing career, he earned the highest amount of royalties of any artist at certain points in his career and owned the music catalogues of another of other artists.

Who has Michael Jackson married?

Michael Jackson was married twice. His first marriage was to Lisa Marie Presley – Elvis Presley‘s daughter. The marriage lasted less than two years and was reportedly unconsummated. He then married nurse Debbie Rowe. The couple married in 1996 and has two children. The couple later divorced citing irreconcilable differences. 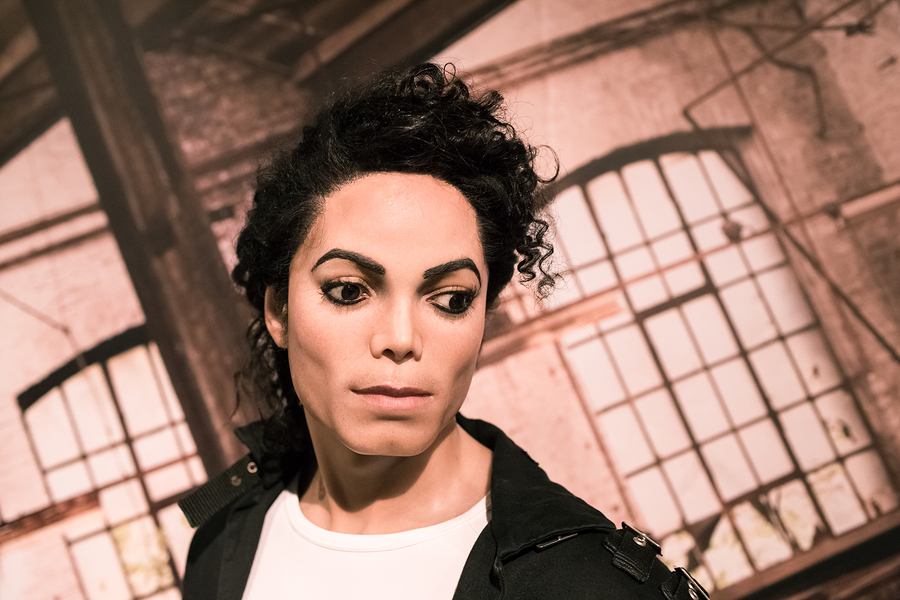 Does Michael Jackson have kids?