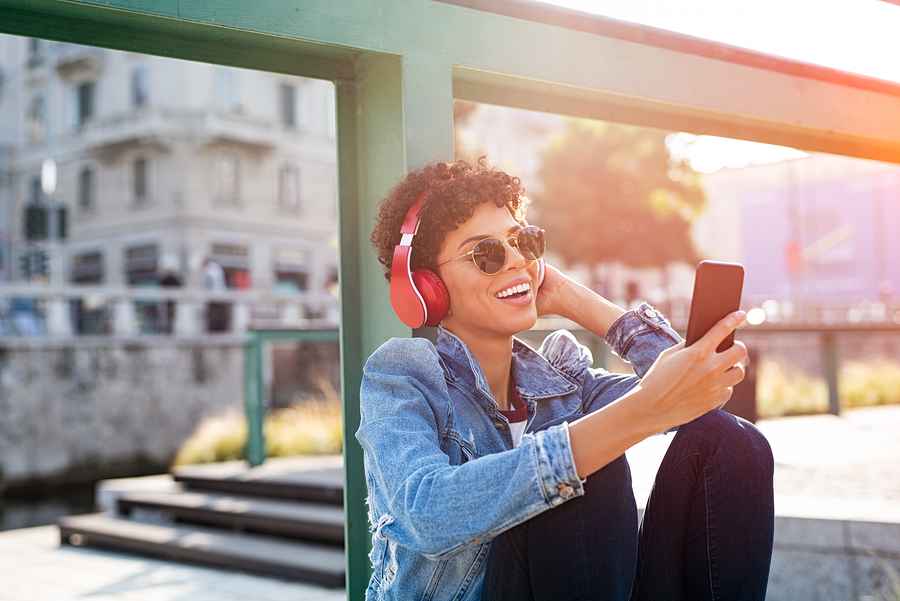 Remember the term “chill out” from the ‘80s and ‘90s? If you wanted to tell someone to relax or stay calm, then you would tell them to chill out. The term does not get used as much in conversations anymore, but the idea of chillout music is still relevant in modern times.

The best way to describe chillout music is any popular song or instrumental piece that features slower tempos in order to make the listener feel more relaxed. It is the opposite of fast-paced tempos that get people dancing and wild. Chillout music is meant to for easy listeners who want to sleep, read, drive, or do any activity while feeling at ease.

Below are 10 good examples of chillout songs to get you relaxed:

In 2000, the American electronica musician known as Moby released a single entitled “Porcelain.” It was featured in his 5th studio album entitled “Play.” Although the singer uses melancholic lyrics to talk about a romantic breakup, the instrumentation of the pianos and strings in the background make this a very pleasant song. The tunes make it very interesting to hear the singer reflect on the romantic prospects of his past.

The song did very well in the United Kingdom. In fact, it landed on the top 5 music chart in the entire country and many other countries too. Another unusual thing is that two music videos for “Porcelain” were made. Musicians throughout the world love the song so much that they’ve made remixes of it and integrated it into their own works. Some of the most famous remixes were done by Torsten Stenzel, Futureshock, and Rob Dougan.

Most critics gave the song great praise upon its release. There is no doubt that Moby is a talented songwriter and musician. Aside from merely listening to the song, it is recommended that everyone watch both music videos and see the brilliance of Moby for yourself.

In 1984, the British pop group “Art of Noise” released their single entitled “Moments in Love.” This was one of the first songs to really be considered an official chillout song. At the time, electronic music production was a revolutionary new technology taking the music industry by storm. The 1980s became the decade of techno and synth because of these technological music advancements. When you listen to the sounds of “Moments in Love,” you’ll hear a chilling synth choir notes and a tender melody that is guaranteed to make you feel calm and sedated.

“Moments in Love” was written by Paul Morley, Gary Langan, J. J. Jeczalik, Trevor Horn, and Anne Dudley. The song is 10 minutes long, so you can get 10 minutes of relaxation in before you have to play it back again. The 1983 EP “Into Battle with the Art of Noise” and the 1984 album “Who’s Afraid of the Art of Noise” both featured “Moments in Love” in them. It took a full year before the song was released throughout the rest of the world.

“Moments in Love” was a featured song at Madonna’s wedding. The documentary film Pumping Iron II: The Women also featured the song in it. If you ever hold an event and want to put your guests at ease, then try playing “Moments in Love” on the loudspeakers.

The British electronic music duo team “Groove Armada” recorded this song “At the River” in 1987. It originally had a limited release with only 500 copies available on 7-inch vinyl. It was also released in the debut album of the duo called “Northern Star” and their next album entitled “Vertigo.”

Tom Findlay and Andy Cato are the duo behind the song. They wrote it while lodging in a cottage located in the Lake District of West England. As the two pondered over what song to write next, Cato had the idea of writing a more chilled out version of the Christian spiritual song known as “At the River.” So, they merged that song with a blues-style trombone and created a very chill tune.

Cato originally took his trombone to the cottage in order to practice his skills for a jazz concert. But they figured this was the perfect opportunity to record him playing the trombone melody for the song. There was also a lot of improvisational microphone vocals too.

Although this may not be the most widely released song in the world, it is certainly a mood pleaser if you happen to catch it on YouTube or some other music source.

“Little Fluffy Clouds” was a 1990 single by The Orb. They are an ambient house group from Great Britain. The single was originally included on the 1987 “Big Life” record label. It ranked number 87 on the Singles Chart in the United Kingdom. But when it was released in 1993, it ranked number 10 on the chart. This was largely due to their being new b-sides to the music. You’ll even find “Little Fluffy Clouds” on the 1991 studio album entitled “The Orb’s Adventures Beyond the Ultraworld.”

According to the former British magazine and current website “New Musical Express,” the song ranked # 275 on “The 500 Greatest Songs of All Time” list. It was also ranked # 40 on Pitchfork Media’s “Top 200 Tracks of the 1990s” list. You can certainly appreciate why “Little Fluffy Clouds” was so adored back in the 1990s. The bubbling synths and ambient sounds of the song created the perfect chill-out music that defined the decade.

As you listen to this music, you’ll feel like you’re in the little fluffy clouds too. The music video is nothing but fluffy clouds moving along the sky. If you can appreciate the visuals of the sky, then it is recommended that you watch the music video.

The French song “Sweet Lullaby” was performed by the French music group “Deep Forest.” They are known throughout France for their world music and electronica genre style. The song was very popular between 1992 and 1993 in countries within Oceanica and Europe. It even ranked number 30 on the music charts in many of these countries.

”Sweet Lullaby” has an interesting past because it originates from the Baegu lullaby that is used by the indigenous people of the Solomon Islands. It is very unusual for a singer to invoke the sounds and vocals of such an ancient and primitive culture into his or her music. There is even a Baegu woman singing in the song.

According to the translation of the lyrics, the story revolves around a young orphan and his older brother who have lost their parents. The brother comforts the orphan and lets him know that they’ll get through this grieving process just fine.

An Indian director and filmmaker named Tarsem Singh created a music video of the song “Sweet Lullaby.” At the 1994 MTV Video Music Awards, the song was nominated for multiple awards. The music video takes you on the journey of a young girl who rides her tricycle throughout the world and passes by many iconic scenes and landmarks. When you hear the lullaby of the song, it’ll make you want to travel out there too.

“Held” was a 2014 single by Kiasmos. You don’t hear about too many Icelandic duo groups performing on the world stage. Kiasmos is certainly an original techno duo who are known for their “minimal experimental techno.” “Held” is a song featured on their first studio album “Kiasmos,” which is the same name as the duo.

One of the musicians is Olafur Arnalds, who is best known for creating the soundtrack to the television show entitled Broadchurch. He’s done a variety of solo singles over the years too. His partner in the duo, Janus Rasmussen, was already playing in a band of his own called “Bloodgroup.” With these two talented artists together, they created a song with dramatic strings, diaphanous piano, and clipped beats.

No one had ever really merged electronics with classical music before. It was practically a new phenomenon that drew the attention of a lot of people. Anyone who listens to “Held” will want to chill out right along with the singer and have a good time. If you ever happen to catch them in the act, then you will surely have a good time.

“Sure Thing” was a 2000 single that was recorded and released by St. Germain. This French artist truly loves classical music, which you will get a sense of as you listen to this music. You can hear and feel the essence of Nina Simone in “Sure Thing” because she was an inspiration for it. If you feel relaxed while listening to Simone, then you will feel relatively similar by listening to “Sure Thing.”

St. Germain usually combines nu-jazz and house music together in his songs. It is a unique combination of music genres. However, he does a good job of making songs that people want to hear because they make them feel good. That is really his main purpose as a musician.

It is difficult to find a release of the song in the United States. But you can find a release of it on the internet by going to YouTube. You will have the opportunity to listen to “Sure Thing” and hear for yourself how wonderfully “chill” the music actually is. Since digital media is the number one way to listen to music nowadays, you don’t need to worry about seeking out a CD or physical audio track.

“All I Need” was a 1997 single by Air. The French music duo group released “All I Need” along with their first album entitled “Moon Safari.” Jean-Benoit Dunckel and Nicolas Godin are the two musicians and songwriters responsible for writing “All I Need.” They even collaborated with an American singer by the name of Beth Hirsch. She is the one who actually performs the vocals that you hear.

Multiple “chill” instruments were used for the background tracks. There were synthesizers, an electric piano, a Rhodes piano, bass, acoustic guitar, and drums. There was even a bit of audio mixing performed as well. The combination of these instruments and the talented people behind them ended up producing a song that was heartwarming and beautiful.

“Autumn Leaves” was a 1955 single by Coldcut. It was a very popular song that featured pleasantly sounding jazz music. There was even an instrumental version that ranked number one on the 1955 U.S. Billboard music charts.

However, in 1993, a British underground musician and DJ named Mixmaster Morris did a remix of “Autumn Leaves” and made it a lot more chill. All the original jazz standard was transformed into an array of synth sounds and music. Not only was the music very emotional, but it was also very tranquilizing too. You could literally fall asleep listening to this music because it was so emotionally sweet.

“Traveller” is a 1998 song performed by Talvin Singh. He is a British-Indian electronic fusioneer as well as a table player. He, and with a French beatsmith named Kid Loco, ended up combining their musical talents together. They took the Kid Loco song “Once Upon a Time in the East” and did a mix of it together. Each one of them had something unique to offer to the mix. Kid Loco had his somnolent drums while Talvin relied on his classical string talents. The outcome was something that gives chill music a whole new name.

Talvin has certainly made a name for himself in London, England. He is best known for taking classical Indian music and combining it with bass and drum sounds. As an associate of the Asian Underground, he helped evolve the electronica subgenre in England. His greatest accomplishment was when he collaborated with Madonna and the more popular British musical group “Massive Attack.”