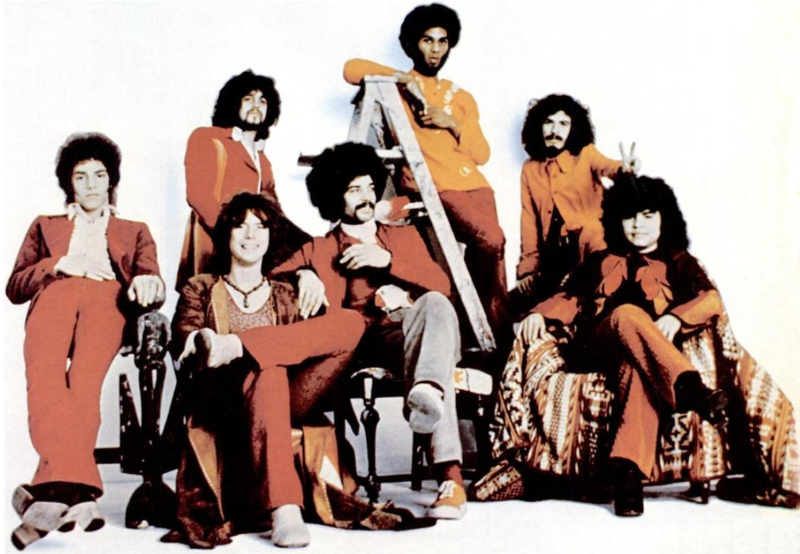 Santana is a rock band from America famous for its unique sound and talented band member, Mexican-American Carlos Santana who is the bands guitarist and songwriter. Santana achieved early success only a few years after their formation in 1966 when they appeared at Woodstock in 1969. The band has had a number of different line-ups over the years, but important band members in the early days of the band included Gregg Rolie, Mike Carabello, Michael Shrieve, David Brown and Jose ‘Chepito’ Areas.

The band later experimented with its sound before reaching new heights of commercial success. The band has gone on to become one of the best-selling bands in history with more than 100 million albums sold around the globe. The band has won many accolades including six Grammy Awards in a single night. Santana and several other past members of the band have also been inducted into the Rock and Roll Hall of Fame.

Santana was first formed in 1966, initially as the Santana Blues Band with Mexican-American guitarist and guitarist Tom Fraser, percussionist Marcus Malone, drummer Rod Harper, vocalist Gregg Rolie and bassist Sergio ‘Gus’ Rodriguez also joined the band. The band was told that they would not become successful playing Latin-infused rock when they first auditioned in front of concert promoter Chet Helms at the Avalon Ballroom. He told Carlos not to quit his day job. By 1969 the band had gotten their first record deal with Columbia Records, although Marcus Malone was no longer a member of the band by this point after he was sent to San Quentin State Prison for manslaughter.

The band began recording their debut album ‘Santana’ in 1969 at the Pacific Recording Studios in San Mateo. Their first album was primarily made up of instrumental rock music but contained the singles ‘Jingo’ and ‘Evil Ways’. To help promote their new album the band was placed on the bill for the Woodstock festival. They performed for 45 minutes on the second day on the festival. The band was immediately made internationally famous after the performance and their album made it to number four on the Billboard 200. Their single ‘Evil Ways’ was in the top ten on the billboard charts.

The band returned to the recording studio the following year to start work on their second album, titled ‘Abraxas’. The album reworked the song ‘Black Magic Woman’ which was originally by Fleetwood Mac, the cover was a hit and made it to number one on the US Billboard 200 charts.

In 1971 the band recorded their third album ‘Santana III’ which reached number one on the US charts after its release but came at a time when the band was struggling with their musical direction and internal conflicts within the band and issues with management. Their manager Graham was dismissed. In the same year as their albums release they performed a concert to help cmmerate Ghana’s 14th Independence Day celebrations. The concert was recorded and released in theatres. The following year the band which had become more influenced by jazz fusion began to make changes to their line up and brought out the album ‘Caravanserai’ which made it to number eight on the pop charts but did not have any hit singles.

A little over a year after releasing ‘Caravanserai’ the band came out with ‘Welcome’. The album did not perform as well as the bands previous albums; it was the first to only achieve Gold certification after a string of platinum records. The album peaked in the 25th place on the Billboard 200. Their next album ‘Borboletta’ had a similar performance and climbed to the 20th place on the Billboard 200. The band’s 1976 album ‘Amigos’ performed better, making it to the number ten place on the US charts and reaching the top ten place in a number of other countries. ‘Amigos’ was followed by ‘Festival’ which was not a commercial success but ‘Moonflower’ achieved platinum certification thanks to its heavier style.

The band continued experimenting with their sound with their next two albums which were released in 1978 and 1979. ‘Inner Secrets’ and ‘Marathon’ both moved away from the Latin-infused rock sound of the band and used a more conventional rock sound. The albums only achieved Gold status but the bands 1980 album, ‘Zebop!’ made it to platinum. The bands next album ‘Shango’ was poorly received and only achieved Gold Status.

The band went on hiatus for three years before returning with the 1985 album ‘Beyond Appearances’ which was a commercial failure and failed to even achieve gold status. The bands next three albums followed a similar pattern of commercial decline. The band did not return to the recording studio for seven years but continued to tour and perform during this time.

The band’s fortunes began to change in 1998 when they were inducted into the Rock and Roll hall of fame. They came out with the album ‘Supernatural’ in 1999, which helped the band to reach new heights of success in their career. Despite a previously successful track record in the 70s, the band had been languishing in relative decline for almost a decade – their last number one album was in 1971. ‘Supernatural’ went to number one after eighteen weeks and contained two number one singles ‘Smooth’ and ‘Maria Maria’. The album was certified fifteen times platinum and sold 30 million copies around the world. The album won nine Grammy Awards and three Latin Grammy Awards.

The bands next release was highly anticipated. The album ‘Shaman’ was released in 2002 and sold rapidly in the US (298,973 albums in the first week alone). The album debuted at number one but did not hold its place on the charts for long. The album sold multi-platinum and included the single ‘The Game of Love’ which made it to number five on the charts. The bands next album, ‘All That I Am’ released in 2005 debuted at number 2 in the US. The album only achieved Gold certification in the US. The band then took a five year break before releasing the album ‘Guitar Heaven’ which was a dramatic departure from their previous sound with its heavy metal influences. The album failed to reach gold status. The band released their next album in 2012, titled ‘Shape Shifter’ the album returned to the bands usual Latin rock sound and it debuted at number 16 on the charts.

In 2013 Santana confirmed that he was planning to reunited the classic line-up of the band from 1969s Woodstock festival. Whilst the reunion was under way the band released an album ‘Corazon’ in 2014 and followed it up with a live album of their performance in Guadalajara in Mexico.