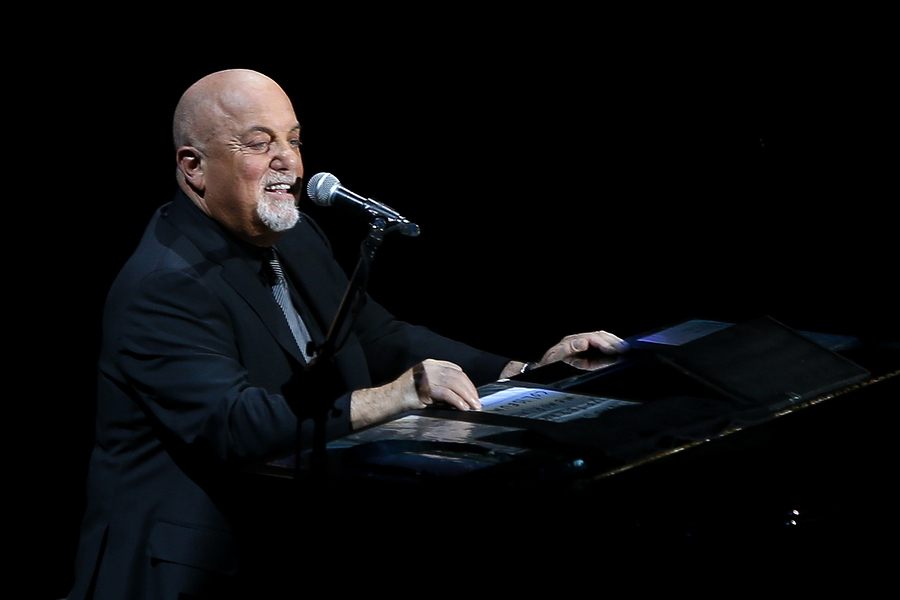 What is Billy Joel’s full name?

Billy Joel’s full name is William Martin Joel. He goes by the common nickname ‘Billy’ on-stage and in his professional career. He also has a number of nicknames including ‘Piano Man’, ‘Joe’ and ‘Mr. Long Island’.

What is Billy Joel’s age?

Billy Joel was born on the 9th May, 1949 and is currently 70 years old. He was born in The Bronx, New York. Despite being retirement age he is still active in the music business and has been touring since the 1990s.

Who is Billy Joel’s family?

Billy Joel is the son of Howard Joel (born Helmut) and Rosalind (nee Nymand). Billy Joel also had a younger sister named Julie. His father was a classical pianist and businessman, his father later became an engineer in the United States. Both of Bill Joel’s parens were Jewish. His father owned a successful textile business in Germany but was forced to sell it for less than its value and emigrated to Switzerland to help his family escape the Nazi regime. The family then made their way to the United States via Cuba. His mother was born in Brooklyn; her Jewish parents originally emigrated from England. Bill Joel has a half-brother from his father’s second marriage. His hald-brother Alexander Joel is the chief musical director of the Staatstheater Braunshweig. His father moved back to Vienna, Austria after his divorce from Rosalind. It was Billy Joel’s mother who encouraged him to practice the piano, he had notable teachers including Morton Estrin and Timothy Ford.

Where did Billy Joel go to school?

Billy Joel went to Hicksville High School; he did not graduate and left school in 1967. During school he started playing at a piano bar to help contribute money to the household but it interfered with his attendance and grades, causing him to miss important exams and classes. At the end of his final year he was lacking enough credits to graduate and chose not to attend summer school. Twenty-five years after he left he was awarded his diploma and officially graduated from high school.

Where did Billy Joel live?

Billy Joel lives in a home in Manalapan (not far from Palm Beach). The home is set across 13,000 square feet and has eight bedrooms and eight bathrooms. The house was originally purchased for $11.8 million in 2014 and is now being sold for $16.9 million.

What was Billy Joel’s height and weight?

Billy Joel is shorter than the American average, he is around 5 feet 5 inches tall, or approximately 165 cm’s tall. He weighs approximately 66 kg’s, which is within the healthy weight range for his short stature. Billy Joel’s weight has fluctuated in the past, at one point he’d put on a significant amount of weight but he is currently looking slim.

What nationality is Billy Joel?

What is Billy Joel famous for?

Billy Joel is famous for being an American singer, songwriter, composer and pianist. He has maintained a highly successful career as a solo artist since the 1970s and has the distinction of being one of the best-selling musical artists in history. He has sold more than 150 million records across the globe. He is the third best-selling solo artists in the United States.

How did Billy Joel’s career start?

Billy Joel chose to pursue a career in music after watching The Beatles on The Ed Sullivan Show. He joined a band called The Echoes. He played piano and was involved in the demo version of ‘Leader of the Pack’ by the Shangri-Las. In 1965 the band changed their name to the Emeralds and then changed it to the Lost Souls.

Billy Joel left the band to join the Hassles, a group that was signed by United Artists Records. He left the band in 1969 to join the duo Attila with Jon Small. The duo released a debut album in 1970 but later disbanded. Joel then signed a contract with Fmily Productions and recorded his first album. The album was a commercial failure however a Philadelphia radio began plying ‘Captain Jack’ which got him noticed by Columbia Records who signed him. Billy Joel moved to Los Angeles and began work on his next album.

What was Billy Joel’s career breakthrough?

Billy Joel released his album Piano Man in 1973. The title track of the album became his signature song and Billy Joel and his band began touring the United States. He released his second Columbia album in 1974, called Streelife Serenade. He moved back to New York City in 1975 and recorded the album Turnstiles. His next album, The Stranger was a commercial success and went multi-platinum. His 1978 album, 52nd Street sold more than seven million copies and won a number of Grammy Awards.

What has Billy Joel done since his career breakthrough?

Billy Joel’s next album, Glass Houses spent six weeks at number one on the charts and won both a Grammy Award and American Music Award. His next album, The Nylon Curtain was more ambitious with its lyrics. The album made it to number seventeen on the Billboard Hot 100. His follow-up album, An Innocent Man was lighter in tone and made it to number four on the charts. He went on to release a Greatest Hits album which sold 11.5 million copies and became one of the best-selling albums in the United States in history.

His next album, The Bridge was not as successful as previous albums and Billy Joel has said himself that he doesn’t think it was a successful album. He later released the album KOHЦEPT. In 1988 he released the album Storm Front, the album preceded a major period of change in his career. He fired his long-time manager Frank Weber after major financial impropriety was discovered. He released the album River of Dreams in 1993 and began touring extensively the following year. He released his album Fantasies & Delusions in 2001. He has continued touring and played concerts as recently as 2019 but has admitted it might be time to slow down.

What was Billy Joel’s net worth?

Billy Joel has an estimated net worth of $180 million thanks to his five decade long career. Billy Joel has 12 studio albums under his belt and a Greatest Hits album that is one of the top-selling albums in the United States. He has been consistently touring for almost three decades and has made substantial sums of money from that.

Who has Billy Joel dated?

Who has Billy Joel married?

Billy Joel has been married four times. His first wife was Elizabeth Weber, the couple were married between 1973 and 1982. His next marriage was to Christie Brinkley whom he shares children with, He was a bachelor for ten years after divorcing Brinkley and then married Katie Lee in 2004, they divorced six years later. He then wed Alexis Roderick in 2015, the two are currently still married.

Does Billy Joel have kids?

Billy Joel has a daughter with ex-wife Christie Brinkley, Alexa Ray, born in 1985. He also has two children with his current wife, Alexis Roderick. Daughter Delia Rose was born in 2015 and daughter Remy was born in 2017.