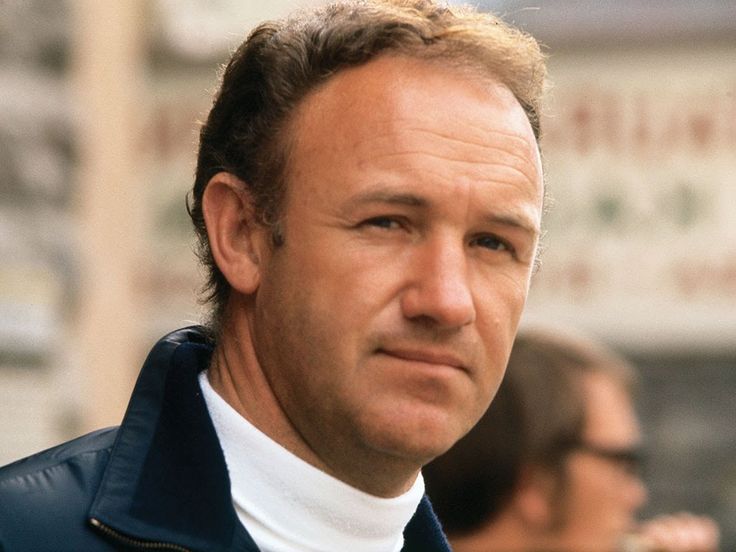 What is Gene Hackman’s full name?

Gene Hackman’s full name is Eugene Allen Hackman. He goes by the common nickname of ‘Gene’ in his professional career. He is a very well respected and well-known name in Hollywood, although younger generations may not know his name quite as well because of his retirement.

What is Gene Hackman’s age?

Who is Gene Hackman’s family?

Gene Hackman is the son of Eugene Ezra Hackman and Anna Lyda Elizabeth (nee Gray). He has one brother, Richard. When he was a child his family moved regularly and eventually settled in Danville, Illinois where they lived with his grandmother, Beatrice. Hackamn’s parent got divorced in 1943 and his father left him and the family with no explanation. His mother later died as a result of an accidental fire, started by a cigarette in 1962.

Where did Gene Hackman go to school?

Gene Hackman attended Storm Lake High School in Storm Lake, Iowa during his sophomore year. He later left home at the age of 16 and enlisted in the United States Marine Corps, after lying about his age. He served four and a half years in the Marine Corps as a field radio operator; he was stationed in China during that time before being reassigned to Hawaii and Japan. Gene Hackman was later discharged from the marines in 1951 and moved to New York.

Where does Gene Hackman live?

Gene Hackman currently lives in Santa Fe. He chose to live there after working on location on movies there. His home has 360-degree views of the mountains of Colorado. The house was originally built in 1950 and has undergone many renovations since.

What was Gene Hackman’s height and weight?

Gene Hackman stands around 6 feet 2 inches tall or around 188 cm and 80kg’s. At almost 90 years old he is still active and often cycles around his hometown Santa Fe, New Mexico on an e-bike. His cycling keeps him in good health, although Hackman has always kept a relatively trim and healthy figure. Gene Hackman has had some heart trouble and had to undergo an angioplasty in 1990.

What nationality is Gene Hackman?

Gene Hackman has been very private about his religious views and does not appear to be outspoken in favour of any particular religion. It’s likely that he had some experiences with Christianity as a child but it seems that Hackman is likely atheist or Agnostic as an adult.

What is Gene Hackman famous for?

Gene Hackman is famous for being an actor and an author. His career has spanned more than six decades and earned him two Academy Awards, four Golden Globes, two BAFTAS and a Screen Actors Guild Award. He has also competed in races for the Sports Car Club of America. Gene Hackman has written several novels including Wake of the Perdido Star (1999), Justice for None (2004) and Escape from Andersonville (2008). His first solo effort was Payback at Morning Police which was followed up by Pursuit in 2013.

How did Gene Hackman’s career start?

Gene Hackman began to pursue acting in 1956 and joined the Pasadena Playhouse in California. He formed a friendship with aspiring actor, Dustin Hoffman. Hackman received the lowest score at the Pasadena Playhouse for the time and was voted least likely to succeed. He laster moved to New York City and lived with Dustin Hoffman and Robert Duvall. To support himself he worked as a uniformed doorman. Hackman got a number of bit roles and performed in several Off-Broadway plays. His first role was in Lilith. He then went on to appear in Bonnie and Clyde which earned him and Academy Award nomination. He later appeared in an episode of I Spy and My Father and Mother. He also appeared in the film Downhill Racer and Moorooned.

What was Gene Hackman’s breakthrough role?

Hackman graduated to leading man status with his role as the New York City detective Jimmy “Popeye” Doyle in the film The French Connection (1971). He followed with leading roles in the film The Poseidon Adventure and Francis Ford Coppola’s, The Conversation. He also appeared in Young Frankenstein, Rough Riders and Bite The Bullet in the 70s before reprising his role as Doyle in French Connection II. He then appeared in one of his best known roles as Lex Luthor in Superman: The Movie.

What has Gene Hackman done since his breakthrough role?

Gene Hackman had a number of notable roles during the 1980s including Reds (1981), Under Fire (1983), Hoosier (1986), No Way Out (1987) and Mississippi Burning (1988). In the 1990s he appeared in films such as Narrow Margin (1990), Unforgiven (directed by Clint Eastwood) and Geronimo: An American Legend. He also co-starred with Tom Cruise in The Firm. He also appeared in Crimson Tide, Absolute Power and Enemy of the State. He later co-starred with Owen Wilson in Behind Enemy Lines (2001), he also appeared in Heist (2001), The Royal Tenenbaums (2001) and Runaway Jury (2003). In 2004 he appeared on Larry King and announced that he had no projects lined up and that he thought his career was over.

What is Gene Hackman’s net worth?

Gene Hackman’s estimated net worth is approximately $80 million. Not bad for a retired actor and novelist! He has not regularly acted since 2004, but has been sustained by his impressive film earnings prior to his retirement. Gene Hackman now lives comfortably in Santa Fe, New Mexico.

Who has Gene Hackman married?

Gene Hackman has been married twice. His first marriage was to Faye Maltese whom he remained married to for three decades before the couple got divorced in 1986. Gene Hackman was remarried in 1991 to Betsy Arakawa. The couple live together in their home in Santa Fe, New Mexico.

Who has Gene Hackman dated?

Gene Hackman was married for almost three decades and has been married to Betsy Arakawa since the early 90s, so understandably does not have a long dating history. He was however rumoured to have had a run-in with Cloris Leachman on the set of Young Frankenstein where the actress was playing Frau Blucher. Cloris Leachman wrote about their love affair in her tell-all memoir.

Does Gene Hackman have kids?