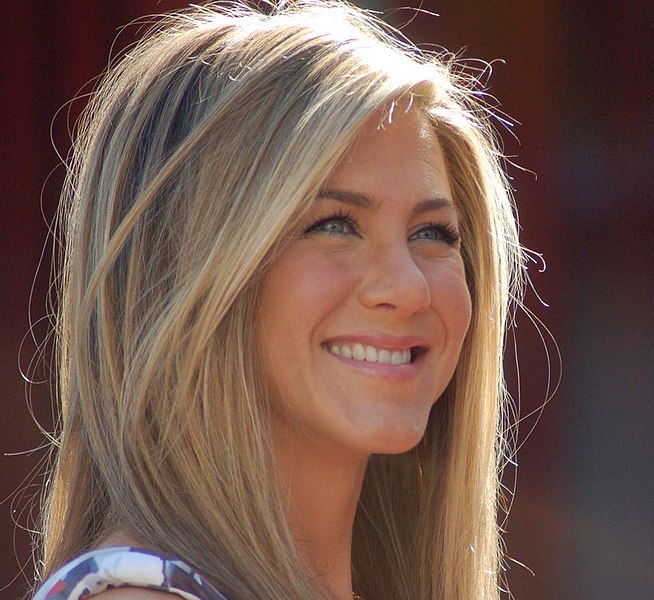 What is Jennifer Aniston’s full name?

Jennifer Aniston’s full name is Jennifer Joanna Aniston, she is nicknamed Jen, or Jenny by her friends and family. Jennifer Aniston’s father’s surname was originally Anastassakis but his name was anglicised to Aniston when the he moved to the United States in1964.

What is Jennifer Aniston’s age?

Jennifer Aniston was born on the 11th of Feburary 1969 in Sherman Oaks, California. Jennifer Aniston is currently 50 years old. She celebrated her 50th birthday with a lavish party attended by celebrities such as George and Amal Clooney, Robert Downey Jr., Ellen DeGeneres, Demi Moore, Lisa Kudrow and John Mayer.

Who is Jennifer Aniston’s family?

Jennifer Aniston is the daughter of John Aniston, a Greek-born actor and the actress Nancy Dow. Her great-grandfather, Louis Grieco was Italian. Her ancestry from her mother’s side includes English, Irish and Scottish. Aniston’s parent’s divorced when she was nine. Aniston has two half-brothers; John Melick and Alex Aniston. Her godfather is actor Telly Savalas.

Where did Jennifer Aniston go to school?

Jennifer Aniston moved to New York City as a young child and began attending the Waldorf School from age six, where she discovered acting at the age of 11. She later enrolled in Fiorello H. LaGuardia High School of Music & Art and Performing Arts in Manhattan and joined the drama society at the school. She performed in ‘The Sign in Sidney Brustein’s Window’ and ‘Three Sisters’ at the school.

Where does Jennifer Aniston live?

Jennifer Aniston currently lives in a 1970’s mansion located in the hills of Bel Air. The impressive home includes a 14-foot front door, a sparkling chandelier and a koi pond. Aniston purchased the home for $21 million in 2011 and has updated it to include softer furnishings and timber. The extensive grounds around the home include alfresco spaces and Asian-inspired gardens.

What is Jennifer Aniston’s height and weight?

Jennifer Aniston is 5 feet and five inches, or 164 cm tall. Her height has been an issue when she is working with tall co-stars like Vince Vaughn as it made it difficult to keep her in frame and meant that she had to wear high heels throughout filming. She currently weighs 53kg’s and has an athletic build. She is known for her diet and exercise regime which keeps her in great shape.

What nationality is Jennifer Aniston?

Jennifer Aniston was born in the United States, her nationality is America. Her parents ethnic backgrounds include Greek, Scottish, Irish, English and Italian. Her mother was US born but has mixed European ancestry, whilst her father emigrated from Greece in 1964.

Jennifer Aniston says that she does not follow a religion, the last report of her entering into a church was in 1993 when she attended the funeral of her God father Telly Savalas. She says she does believe in a God, but it is not the traditional Christian God, instead it’s her own concept of the supernatural.

What is Jennifer Aniston famous for?

Jennifer Aniston first shot to fame for her portrayal of Rachel Green on the sit-com Friends which ran from 1994 to 2004. The ch aracter was extremely popular and her hair during the time prompted a craze for the haircut which became known as ‘The Rachel’. The character has been called the greatest female character in American television history.

How did Jennifer Aniston’s career start?

Jennifer Aniston initially worked on Off-Broadway production like ‘For Dear Life’ and ‘Dancing on Checker’s Grave’. She supported herself during this time with part-time jobs in telemarketing and waitressing. She got a number of small roles during this time which included a minor role in Mac and Me, The Howard Stern Show and as a spokesmodel. She eventually got a regular TV role in 1990 and appeared in Ferris Bueller, a TV adaptation of the movie. She also appeared in ‘Leprechaun’, a movie that she later expressed embarrassment about. She made appearances in four cancelled TV shows all up during this time.

How did Jennifer Aniston get her role in Friends?

Dejected over her four failed TV shows, Jennifer Aniston asked Warren Littlefield for advice at a gas station. He advised her to keep trying and later helped her get her role as Rachel Green. Initially she auditioned for the role of Monica Gellar, but producers felt that Courtney Cox was more suitable. Jennifer Aniston was also offer a part in Saturday Night Live but she turned it down, luckily the show became a huge success and catapulted her to fame. She appeared in a number of films during this time, including Bruce Almighty which was a commercial success.

What has Jennifer Aniston done since her breakthrough role?

Jennifer Aniston has had a highly successful career since leaving friends and has been involved in a number of box office hits. In 2005 she starred in ‘Rumor Has It’ and ‘Marley and Me’, which set the record for Christmas Day boxing day sales, and the following year in the romantic comedy ‘The Break-Up’. Later films include ‘He’s Just Not That Into You’, ‘The Bounty Hunter’ and ‘The Swithc’, romantic comedies which were not well received by critics. Her roles in comedies ‘Horrible Bosses’ and ‘We’re The Millers’ were much better received. More recently she has appeared in Murder Mystery alongside Adam Sandler.

What is Jennifer Aniston’s net worth?

Jennifer Aniston’s net worth is reported to be $300 million, she is one of the highest paid actresses in Hollywood. Each year she consistently pulls a salary of more than $20 million through her endorsement deals and films. She makes a lot of her money from the syndication of TV show Friends, for which she was earning $1.25 million per episode by the time the show ended. She regularly commands more than $16 million dollars per movie and has made millions on short appearances in films like ‘Mother’s Day’.

Who has Jennifer Aniston married?

Who has Jennifer Aniston dated?

Aside from her two marriages, Jennifer Aniston has also been romantically linked to a number of other famous men including Vince Vaughn, John Mayer, Gerard Butler, Paul Rudd, Tate Donovan, Adam Duritz (who also dated her best friend Courtney Cox!) and Paul Sculfor. Jennifer Aniston’s first love was actor Daniel McDonald, who died from a brain tumour in 2007. Jennifer Aniston admitted he ‘would have been the one’ if she hadn’t been ’25 and stupid’.