Though she’s known simply as ‘Rihanna’ publicly, the singer’s real name is actually Robyn Rihanna Fenty. She has used her last name as the name of her make-up line.

The singer was born on the 20th of Feburary 1988 in Saint Michael, Barbados. She is currently 32 years old.

Rihanna is the daughter of accountant Monica and warehouse supervisor Ronald Fenty. The singer has two brothers Rorrey and Rajad and two half-brothers and a half-sister on her father’s side. She grew up in Bridgetown, her childhood was deeply impacted by her father’s addiction to alcohol and crack cocaine and his abusiveness towards her mother. As a child the singer suffered from excruciating headaches and underwent a number of CT scans. By the time the singer turned 14 her parents had divorced and her health began to improve.

Where did Rihanna go to school?

Rihanna attended Charles F. Broome Memorial Primary School and Combermere School as a child. She wanted to graduate from high school but eventually left to pursue music instead. In 2003 the singer formed a musical trio with two of her friends and was discovered by record producer Evan Rogers after the group managed to land an audition with him. Rogers was impressed by Rihanna and asked her to perform before inviting her to the US to record demo tapes. She was signed to Roger and Carl Sturken’s label, Syndicated Rhythm Productions.

Rihanna owns a number of properties including an LA mansion in West Hollywood. The home is worth $6.8 million and has six-bedrooms, a movie theatre and a private guest house. 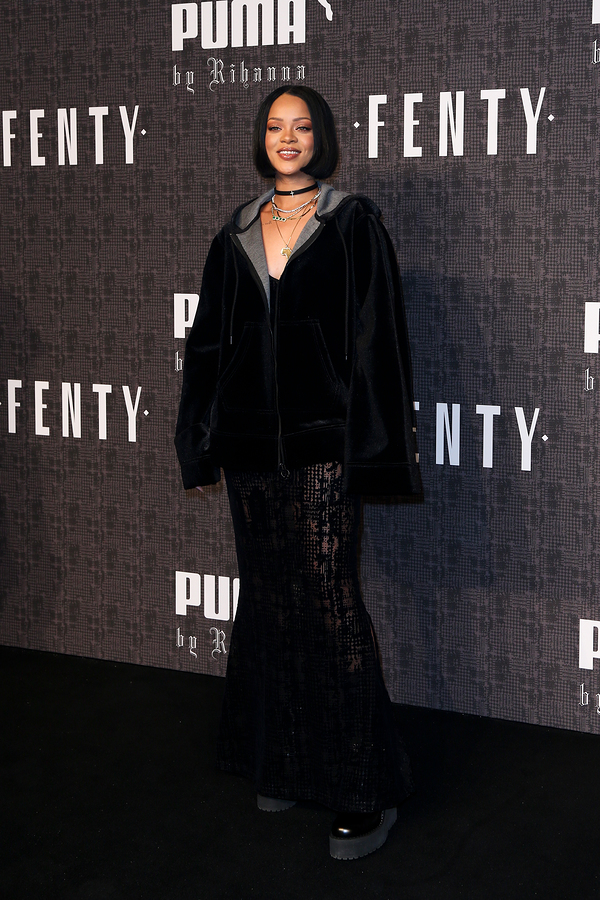 Rihanna is 173 cm’s tall and though she was previously the typically size zero celebrity she’s recently gained some weight and says that she is proud of her fluctuating body type.

Rihanna was born on the Caribbean island of Barbados. She was born in Saint Michael and raised in the country’s capital city, Bridgetown. Her mother is of Afro-Guyanese ancestry whilst her father is Afro-Barbadian and Irish.

The singer was raised in a highly religious Catholic household. Her mother is a devout Christian who discouraged the singer from doing things like wearing make-up. As an adult Rihanna doesn’t often talk about her faith but seems to still have a close relationship with her mother.

The singer is famous for being a Barbadian singer, songwriter, actress and businesswoman. The singer is one the best-selling singers in the world, having sold more than 250 million records. She has 14 number one singles under her belt, 31 top-ten singles and has won nine Grammy Awards, 13 American Music Awards, 12 Billboard Music Awards and six Guinness World Records. She is one of the wealthiest female singers in Hollywood and alongside her music career is known for her entrepreneurship, having started the brand Fenty Beauty and fashion house Fenty.

After recording her demo tracks the singer was invited to audition for Jay-Z at Def Jam Recordings. She sung the track ‘Pon De Replay’ and Whitney Houston’s ‘For the Love of You’ at the audition. She was signed to a six album record deal and waited in the building until 3 am whilst lawyers drew up contracts because they didn’t want her to sign with another label. The singer cancelled her other meetings and relocated to the United States. The singer began work on her debut album and the single ‘Pon De Replay’ was selected as the lead single because it would work well as a summer release. The single, released in 2005, was a worldwide hit and peaked in the top five in fifteen countries and became a club hit in the US.

Her album ‘Music of the Sun’ was released in August, 2005 and debuted at number ten, it sold more than two million copies worldwide, The singer made her acting debut in the film, ‘Bring It On: All or Nothing’ which was released in 2006. The singer began work on her second album a month after the release of her first. ‘A Girl Like Me’ was released in 2006 and charted in the top ten in 13 countries. The album was certified platinum and featured the lead single ‘SOS’ which charted in the top five in 11 countries and went to number one in Australia.

Rihanna released her third album, ‘Good Girl Gone Bad’ in 2007. The album topped the charts in a number of countries and received the most praise of her albums. The lead single ‘Umbrella’ went to number one in the UK and stayed there for ten consecutive weeks. To support the album the singer embarked on her Good Girl Gone Bad Tour which included 80 shows across the US, Canada and Europe. The singer was nominated for several Grammy Awards for the album and won Best Rap/Sung collaboration.  The singer released her first live album in 2008; the albums sold 2.8 million units in the US alone and sold more than 9 million albums worldwide. The singer re-released her third album in 2008 with three new songs, ‘Disturbia’, ‘Take a Bow’ and ‘If I Never See Your Face Again’.

In 2009 the singer’s performance at the Grammy Awards was cancelled, reports surfaced that her boyfriend, Chris Brown, had physically assaulted her. A leaked photo showed the visible injuries that the singer had sustained. In early 2009 the singer started work on her next album, ‘Rated R’ was released in 2009. In 2010 the singer released the song ‘Love the Way You Lie’ a collaboration with Eminem. The song became the biggest selling in the UK for that year. The singer released her fifth album, ‘Loud’ in late 2010. The album produced three hit singles in the US.

Her sixth album ‘Talk That Talk’ was released in 2011. The albums lead single ‘We Found Love’ broke chart records worldwide and was named the 24th biggest hit worldwide.

In 2012 the singer won her third Grammy Award for her collaboration with Kanye West on the song ‘All of the Lights’. In March 2012 she collaborated with Chris Brown on two remixes, ‘Birthday Cake’ and ‘Turn up the music’.

The singer’s seventh studio album ‘Unapologetic’ was released in 2012 and went to number one in the US. The singer won her sixth Grammy Award at the 2013 ceremony for the ‘We Found Love’ short video. The singer’s eight album ‘Anti’ was released exclusively on the streaming service ‘Tidal’ and peaked at number one on the Billboard 200. More recently the singer has been working ona  reggae album but has admitted the album is on hold with no release date confirmed.

Rihanna is the world’s richest female singer with an estimated net worth of more than $600 million. Her fortune grew from $210 million to $600 million between 2018 and 2019 and had a lot ot do with her business ventures, beauty and clothing empire Fenty.