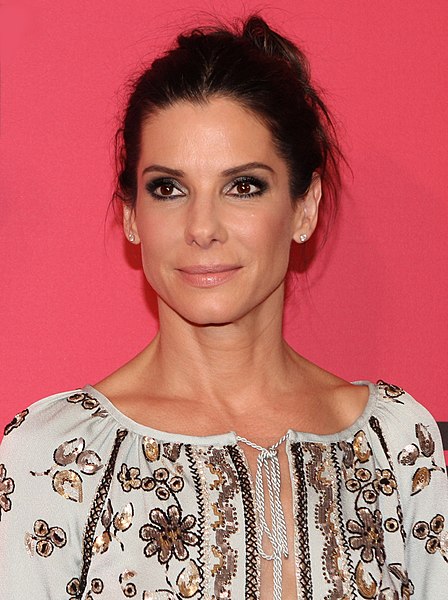 What is Sandra Bullock’s full name?

Sandra Bullock’s full name is Sandra Annette Bullock, she goes by her real name In her professional career but is often nicknamed ‘Sandie’ in the media. She is known for being America’s sweetheart and has a positive reputation in Hollywood for her funny and genuine personality.

What is Sandra Bullock’s age?

Sandra Bullock was born on the 26th of July, 1964. She is currently 55 years of age and was born in Arlington, Virginia in the United States. Sandra Bullock has been acting professionally for three decades and still looks good into her 50s. Past the point where many actresses find their career prospects suffer, Sandra Bullock is still attracting impressive roles in films.

Who is Sandra Bullock’s family?

Sandra Bullock is the daughter of Helga Mathilde Meyer (born 1942, passed away in 2000) she was an opera singer and voice teacher from Germany. Her father was John W. Bullock (born in 1925, passed away in 2018), an Army employee and part-time voice coach from Alabama. Her parents met when her father was stationed in Nuremberg to look after the Army’s Postal Service. Bullock has a younger sister, Gesine Bullock-Prado who worked as a president for Bullock’s production company Fortis Films.

Where did Sandra Bullock go to school?

Sandra Bullock spent her childhood in Nuremberg, Vienna and Salzburg in Germany and Austria. She grew up speaking German and attended Waldorf schools in Nuremberg. Sandra Bullock studied ballet and vocal arts as a child and often had small parks in opera productions. When they moved she attended Washington-Lee High School where she performed in school plays and was a cheerleader. Sandra Bullock graduated from school in 1982 and went on to attend East Carolina University. She received a BFA in Drama in 1987 and moved to New York to audition for roles.

Where does Sandra Bullock live?

Sandra Bullock lives in an estate in Beverly Hills that she purchased in 2011 for $16.9 million. The house sits across four acres and has seven bedrooms, eight bathrooms and views of the Los Angeles skyline. The home also features a tennis court, pool, guest house, gym and screen room.

What is Sandra Bullock’s height and weight?

Sandra Bullock is approximately 5 feet 7 inches tall or around 170cm. She weighs around 54kg’s. Sandra Bullock is very slim for her height and has always been quite thin. Sandra Bullock sticks to a strict diet and exercise routine to help her stay in shape included portion controlled meals of sugar free chicken and turkey and regular cardio workouts.

What nationality is Sandra Bullock?

Sandra Bullock was born in the United States in Arlington, Virginia but lived in Germany until she was 12 years old. Bullock has maintained her American citizenship but applied for German citizenship in 2009.

Sandra Bullock does not talk openly about her religious views however it is often speculated that she is an atheist. Bullock often avoids the topic of God in her interviews and usually tried to steer the conversation way from discussing religion. After she played the role of a devout Christian woman she said that she didn’t initially want to do the role but that it did help to restore her faith in thos that represent a faith.

What is Sandra Bullock famous for?

Sandra Bullock is famous for being an American actress and producer. She is also known for her philanthropic work. Bullock has the distinction of being the highest paid actress in the world in 2010 and 2014. She often tops list of Most Beautiful Woman in Hollywood and appears on list of influential people. She has also won a number of accolades including an Academy Award and a Golden Globe Award.

How did Sandra Bullock’s career start?

Sandra Bullock’s career started with appearances in a number of student films which eventually helped her to land a role in the Off-Broadway play No Time Flat. She also appeared in the television film Bionic Showdown: The Six Million Dollar Man and the Bionic Woman which led to roles in a number of independent films and a role in the NBC television show based on the film Working Woman. She appeared in several films like Love Potion No. 9, The Thing Called Love, Fire on the Amazon and Demolition Man.

What was Sandra Bullock’s breakthrough role?

Sandra Bullock’s breakthrough role came when she appeared in Speed alongside Keanu Reeves. The film was commercially successful and gained attention from critics. Sandra Bullock quickly established herself as a leading actress in Hollywood. She appeared in the romantic comedy While You Were Sleeping and received a Golden Globe nomination for her efforts. She then appeared in the thriller The Net, a film was commercially successful. She then appeared in the crime drama A Time to Kill and won an MTV Movie Award nomination for her performance. By the time of her appearance in Speed 2: Cruise Control, Bullock was able to command an $11 million salary. She later appeared in Practical Magic and The Prince of Egypt.

What has Sandra Bullock done since his breakthrough role?

By the time the 2000s rolled around, Bullock was a well-established film artist. She went on to appear in the comedy Miss Congeniality which was a financial success and earned her a Gold Globe nomination. She went on to appear in the drama comedy 28 Days, rom-com Kate & Leopold and Two Weeks Notice. Other notable films include Crash, Miss Congeniality 2 and The Lake House. She appeared in the highly successful romantic comedy The Proposal in 2009 alongside Ryan Reynolds and then appeared in The Blind Side which won her an Academy Award, Golden Globe Award and Screen Actors Guild Award. Sandra Bullock also appeared in Extremely Loud & Incredibly Close. In 2013 she appeared in The Heat before appearing in the space thriller Gravity which earned her nominations for an Academy Award, Golden Globe Award, BAFTA Award, Screen Actors Guild Award and the Critics Choice Award for Best Actress. More recently Bullock has starred in Ocean’s 8 and Bird Box.

What is Sandra Bullock’s net worth?

Sandra Bullock is well known for being one of the most iconic American actresses of her time. She has an estimated net worth of approximately $200 million thanks to her appearances in a number of commercially successful films and her work as a producer.

Who has Sandra Bullock married?

Sandra Bullock married Jesse James, host of the show Monster Garage in 2005. The couple met when Bullock introduced her ten-year old godson (who was a fan) to him as a Christmas gift. The couple fought a custody battle in 2009 against Jesse James ex-wife and won full custody of James’ child. A scandal later arose when a number of women came out claiming that they had, had affaris with James. James issued a public apology to Sandra Bullock and entered rehab but Sandra Bullock filed for divorce in April, 2010. Their divorce was finalised in June 2010.

Who has Sandra Bullock dated?

Sandra Bullock was previously engaged to the actor Tate Donovan, but they did not get married. The couple met on the set of Love Potion No. 9 and their relationship lasted three years. She was also previously romantically linked to the football player Troy Aikman and actors Matthew McConaughey and Ryan Gosling.

Does Sandra Bullock have kids?

Sandra Bullock announced in April 2010 that she was going ahead with plans to adopt a son that was born in January 2010. The initial adoption process has been started by Bullock and James but when they separated and got divorced, Bullock chose to go ahead with adoption without James. In December 2015 she adopted a second child.