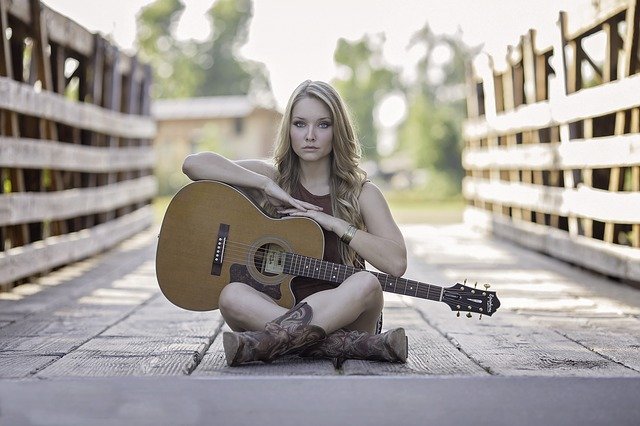 Music has been around for so long it is inevitable that musicians are going to cover other people’s songs. There are some covers, however, that have become just as popular (if not more popular) than the originals. When you know you have got a good thing going, most people tend to stick with it!

Most musicians tend to put their own special spin on their cover, which is what helps to make it so popular. Some songs are so amazing but because it wasn’t attached to a well-known musician it doesn’t get the acknowledgement it deserves. But then a big name swoops in and makes the song a household name.

It is important not to forget where the original songs came from and pay your respects to the artist that created that awesome tune. You might actually be surprised about some of these songs on this list; you could have sworn they were originals and not covers!

With so many awesome covers released every year it is certainly difficult to narrow then down to the best of the best. But the covers in this list are extremely popular and were/ are the type of songs you would hear on our Chillout Radio or play on a loop on your online music streaming service.

Sometimes it takes a different approach to the song to make it stand out from the crowd. There are a whole heap of elements that go into the mix to make the cover of a song more popular than the original – so much more popular that most people don’t even know that is it actually a cover.

So, have a read on below at some of the most popular covers of all time, covers of songs that are even more popular than the originals (songs are in no particular order):

When you think of the classic tune “I Will Always Love You” you automatically think of Whitney Houston right? That is just how powerful and popular Houston’s cover of the song actually is. Houston’s version of the song was recorded for the film she starred in “The Bodyguard”.

Not to be outdone, Parton’s original song is actually very beautiful and if you are a fan of Parton then you probably already knew that this tune was from her. But Whitney Houston has the ability to take this song to the next level, in a way that only she can, and make it one of the best selling singles by a female artist.

Can you imagine this amazing hit not being sung by none other that Cyndi Lauper? But in fact over 30 different artists have actually covered this song, obviously with Lauper’s version being the most well known and toe taping!

Robert Hazard first performed this song in 1979 and it took a few years for this song to explode onto the music scene, with the help of Cyndi Lauper. Lauper helped to get the amazing core of this song known right across the industry and it was a regular on MTV all throughout 1983. This tune also quickly became one of the essential hits of Cyndi Lauper.

Leonard Cohen is a pretty well known artist in his own right, and his original tune “Hallelujah” is known to be one of his first big hits. Cohen was a late blooming artist and he was in his 30’s before he became better known.

While his original version of the song was quite popular in its own right, it wasn’t until Jeff Buckley came along to help take this soulful tune to the next level. Both versions of this tune are equally good, but when you first think of this song, it is probably Buckley’s version that comes to mind.

Indeed, if you love rock and roll then you have certainly heard of this song before, and the Joan Jett and the Blackhearts cover is so popular that you might not have even known this brilliant song is actually a cover originally by The Arrows.

The Arrows first recorded the song, but as they weren’t well known, it took the brilliant voice of Joan Jett to make this song a popular hit. This cover was so loved it even spent seven weeks on the top of charts as well as the song going platinum. Jett was a master of the cover and a lot of songs that she made popular were actually not originals.

Nothing Compares 2 U by Sinead O’Connor (original by Prince)

It’s hard to imagine Prince being out shined by anyone but Sinead O’Connor’s beautiful voice has the ability to take this tune to the next level. Written by Prince in one of his little side project he was happy to give this song the justice it deserved with the emotionally fuelled voice of O’Connor.

“Nothing Compares 2 U” is probably one of the best breakup songs and it is commonly turned to during relationship difficulties. That has become one of the most important factors is the success of this cover of the song as people can relate to the emotion felt by O’Connor’s version.

Even though this song is technically a cover by Aretha Franklin, it is still (probably by far) one of her greatest hits. This motivational, empowering female song is a far cry from the original by Otis Redding on a piano/ keyboard in a ballad.

The Franklin version of the song was so popular because it resonated with so many women right around the time, from when she first released the single up until today. This was the tune that cemented Franklin into pop music and really helped her make a name for herself.

Twist and Shout by The Beatles (original by The Isley Brothers)

Like a few other artists of this era in music, The Beatles were very good at taking original songs, covering them and making the tune popular. Pretty much everything The Beatles touched turned to gold, and this included the classic song “Twist and Shout”.

The Beatles also covered artists including Chuck Berry and Little Richard. The band The Isley Brothers weren’t very well known, so it took one of the most popular bands even to turn their song into the admired tune it is today.

Valerie by Amy Winehouse (original by The Zutons)

Amy Winehouse’s soulful voice helped her cover of “Valerie” be the only version of this song that most people actually remember. “Valerie” ended up being one of Winehouse’s biggest hits as she has the ability to really connect with listeners and her fans.

The Zutons version of the song was still quite good, it took the powerhouse that is Winehouse to be able to take it to the next level and create a song that people will love for many years to come. “Valerie” is featured predominately on all of Winehouse’s greatest hits albums and lists.