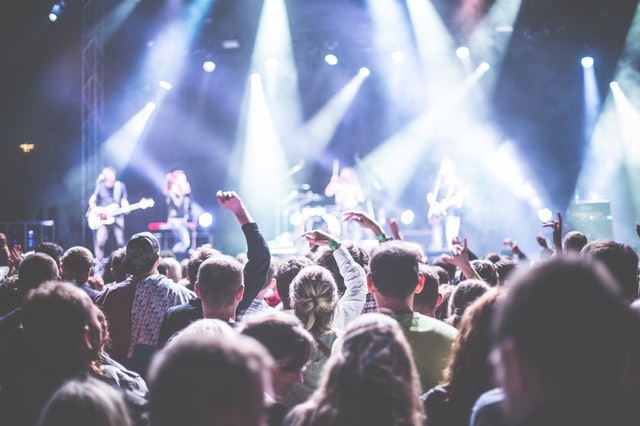 Every industry seems to have a certain amount of myths that stick around for ages, and the music industry is no exception. Some myths are bigger than others, and some are more serious. But it is important if you are looking to enter the industry, or even just care about the music industry, that you know the facts.

This article will hopefully shed some light on the current misconceptions and hopefully act as a guide with the truth. Over the years some crazy things have been believed, which can actually be quite detrimental, especially to those looking to have a career in the industry.

Make sure you question everything you already thought you knew, even some of what you thought were the fundamental facts about the music industry aren’t always what they seem.

Some of these myths tend to have started from old fashioned beliefs (people living in the past and not the present) as well as those believing anything they read online. These days anyone can say whatever that want online and seem factual and like it’s coming from a credible source. So make sure you do some fact checking and have other sources backing it up.

So have a look below at some of the crazy myths that people still believe about the music industry:

Radio is not dead by any stretch; people still love listening to the radio, especially when they are travelling in their car. Yes technology has changed and online music streaming services have boomed, but that doesn’t mean radio is dead. Radio has also been able to advance and adapt with technology.

Certain radio stations also operate online as well meaning you don’t need to have a radio player near by to listen, you are able to easily listen on the go. Radios are perfect for finding new music and there are a lot different stations specialising in different areas.

While being signed by a label can be a great and exciting step in your career, it doesn’t usually automatically bring success with it. Most artists tend to be dropped by their label before they are able to release their second album.

While being signed to a label can be a good thing, it isn’t what is best for every artist, and some choose to move forward independently. Being an independent artist certainly does have its benefits, but it is recommended that you do some research and make a judgment call on what is best for you and your individual situation.

Just because you go on a music talent show like The Voice doesn’t mean you will be successful. Sure, short term people will know your name and your social media accounts will have additional followers, especially if you make it deep into the season, but as with most talent and reality shows, the “stars” are quickly forgotten.

Not to sound too doom and gloom however, there are certainly some people who make it into mainstream success through music talent shows, take Kelly Clarkson, Katy Perry, One Direction and Fifth Harmony for example. But these seem to be the exception and not the rule.

What tends to happen is that the awareness of the person seems to dwindle as time moves on after the season has finished. The last nail in the coffin is when the next season starts and there’s a whole bunch of new competitors to remember and talk about. Those from the previous season become “so last year”!

The only thing that matters is the music

While music is obviously a really big part of building a successful career in the industry, it isn’t the only thing that matters. To be successful you need strong foundations in a wide variety of areas. You need to have something that will appeal to others, a great story and image that people can relate to.

Think about it, you create what you believe to be an awesome album, but how are you going to be people to listen to it? You have to promote it! Those people that focus solely on the music will probably not be successful; you need the fans to go with it otherwise you won’t get anywhere.

There are overnight sensations

Sometimes the media likes to suggest that certain artists have become overnight sensations, now this is highly unlikely. Becoming successful in the music industry is a long, slow burn. Now that isn’t to say you can’t have a big break or have that one people that can help change everything – but it just doesn’t happen overnight.

There will be a lot of adversity, blood, sweat and tears put into your career and making you the best musician you can possibly be.  If someone is offering you the “overnight sensation” pitch then have a good, long think about it. If it seems too good to be true, then it probably is – you don’t want another Joise and the Pussycats situation now do you!

Getting that one big hit is all you need

Have you ever heard of “one hit wonders”, yes that’s a real thing and just because you have a one good hit doesn’t mean that you will be successful with other great hits as well. Obviously having one hit is better than having none and it does help open the door a bit and gives you a leg to stand on in this incredibly difficult industry, but it does not guarantee success.

If you do end up getting a hit, it is no time to sit back and relax, it is the time to move fast and capitalise on your hit while you still can and people are still interested. At least you know what it took to get that hit and think about what you can do to make another song people will also love.

You can do it yourself

No one who has ever been successful, or even just tasted success will say they did it all on their own. Just listen to the speeches winners at award shows like the Grammy’s where they spend what seems like forever thanking various people for helping them.

You will not be able to do it alone; you will need support in one form or another to help you on your journey to success. Now that doesn’t need to get a paid employee, it could just be your friends and family to start with who help promote your music and come to your gigs and cheer you on.