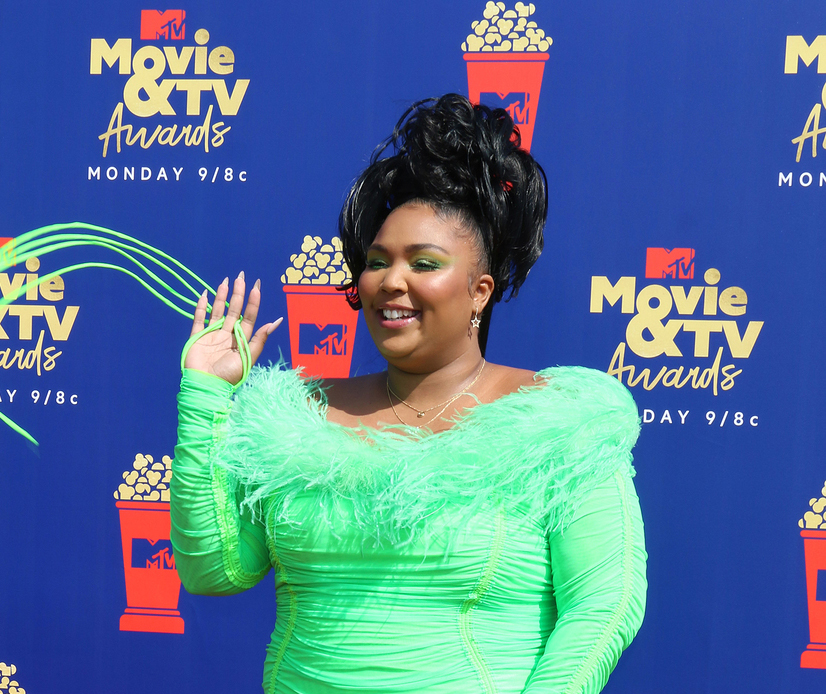 Lizzo’s real name is Melissa Viviane Jefferson. She went by ‘Lissa’ as a teenager when she was in a rap group called the Cornrow Clique but she began going by ‘Lizzo’ because Jay-Z’s song ‘Izzo’ was popular at the time.

What is Lizzo’s age?

The singer was born on the 27th April 1988 and is currently 31 years of age. She has been singing and performing since she was a teen, but only achieved fame in her mid to late twenties.

The singer is the daughter of Shari Johnson-Jefferson, who runs a food truck. She is the sister of Vanessa Jefferson who works with her mother. Her father, Michael Jefferson passed away when she was 21 years of age, and following his death the singer lived in her car for a period of time while she tried to make it in the music industry. She was born in Detroit, Michigan and moved with her family to Houston, Texas at ten years of age. She later moved to Minneapolis, Minnesota.

Where did Lizzo go to school?

The singer graduated from Alief Elsik High School. After graduating she studied classical music with a focus on the flute at the university of Houston.

Where does Lizzo live?

The singer lives in Echo Park, Los Angeles. She moved there in 2016 and said that she originally didn’t intend to stay so long, because she didn’t like living along fault lines.

What is Lizzo’s height and weight?

Lizzo is approximately 177 cm tall and weighs around 140 kg’s. She is famously body positive and proud of her figure. Many of her fans see her as a role model for her contributions to the body acceptance movement.

What nationality is Lizzo?

The singer is American and was born in Detroit, Michigan. Both of her parents were African American.

The singer attended a Pentecostal Church when she was younger; her attendance of the church is attributed to her gospel sound. As an adult she still displays an interest in Church and God and her music is popular in a number of Churches for its Gospel sound and messages of positivity and acceptance.

Lizzo is famous for being an American singer, songwriter, rapper and actress. She has released several studio albums, achieving mainstream success with her third. The singer has received eight nominations at the Grammy Awards for her 2016 album, including Album of the Year, Record of The Year, Best New Artist and Best Traditional R&B performance. The singer has also leant her voice to the animated film ‘Ugly Dolls’ and made an appearance in the film ‘Hustlers’. In 2019 she was named ‘Entertainer of the Year’ by Time.

The singer began her career in Minneapolis. She started performing with a number of indie groups including Lizzo & Larva Ink, an electro soul-pop duo. The singer released her debut album ‘Lizzobangers’ in 2013.

The album received praise from critics for its sound. The singer promoted the album with a tour through the US and the UK in the autumn of 2013 where she was the opening act for Har Mar Superstar. In 2013 the singer was named one of the artists to watch in 2014 by Time magazine. The singer began working on new music immediately after the release of her first album, she wrote the song ‘My Skin’ after taking part in the ‘What’s Underneath’ project which saw her take off her clothes and talk about her relationship with her body. In late 2014 the singer was featured on the song ‘BoyTrouble’ on Prince’s album ‘Plectrumelectrum’. The singer released her second studio album in 2015. Titled ‘Big Grrl Small World’ the album was praised and featured on the TV series ‘Broad City’.

The singer appeared as one of the hosts on MTV’s live performance music series, ‘Wonderland’ which was aired in 2016 and only last for a short period. The singer was signed by Atlantic Records in the same year and she released her first album under a major label in October. ‘Coconut Oil’ was well received with ‘Good As Hell’ being released as the leas single. The song was featured on the soundtrack of ‘Barbershop: The Next Cut’. The album explored themes and ideas around body positivity, acceptance and more. The album was the singers first release to charts and peaked at number 44. To promote her album the singer went on a ‘Good as Hell’ tour in 2017. The singer headlined at annual food festival EEEEATSCON and made an appearance as a guest judge on ‘RuPaul’s Drag Race’.

After struggling with her body issues throughout her childhood and teen years, the singer began advocating for self-love and body acceptance as an adult. Her music focused on diversity, whilst her performances featured plus-sized dancers. The singer appeared in the ‘Say It Louder’ campaign for ModCloth. In 2019 the singer made her first foray into voice acting in the animated film ‘Ugly Dolls’. She also made an appearance in the film ‘Hustlers’. The lead single for the singers next album was released in 2019, the song ‘Juice’ was well received and preceded the release of her album ‘Cuz I Love You’. She performed at Coachella to promote the album. After becoming popular on Tik Tok and being featured in the Netflix film, ‘Someone Great’ Lizzo’s song ‘Truth Hurts’ began to gain popularity and became a sleeper hit, creating interest in her album which hovered in the top ten on the charts for several months. The song ‘Truth Hurts’ went on to become the singers first number one hit. The music video for the song has gained more than 110 million views. When the song initially failed to be successful, Lizzo admitted she considered quitting music.

The singer made a number of appearances throughout 2019 at festivals including Glastonbury Festival and the Indianapolis and Sacramento pride festivals. In the same year she was nominated for Push Artist of the Year and the Best New Artist at the 2019 MTV Video Music Awards. The singer made her first appearance on Saturday Night Live in December 2019, in an episode hosted by Eddie Murphy. She also headlined the FOMO festivals around Australia.

The singer has an estimated worth of around $10 million, thanks to her successful music career, voice acting and appearances in films.

Who has Lizzo married?

The singer has been asked about her sexuality, and has said that she doesn’t ascribe to any particular labels. The star has a strong following from LGBTQ+ supporters and her fans are known as ‘Lizzbians’.

The singer is currently single and she has kept her past dating history quiet, although she has said that she has tried online dating and that she tried to match with John Mayer, although it didn’t work.