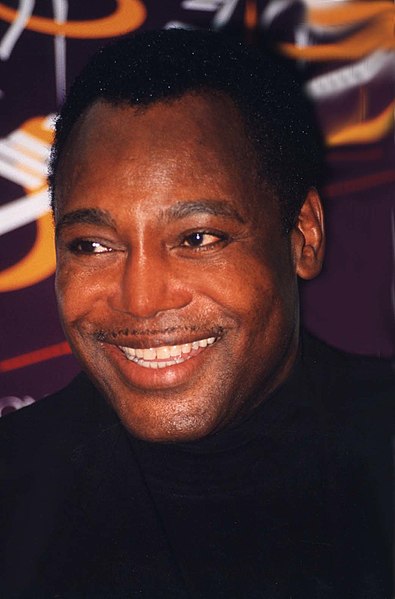 George Benson is famous for being an American guitarist, singer and songwriter. He is well-known for his rest-stroke picking technique on the guitar which is similar to famous Gypsy Jazz players such as Django Reinhardt. He was a child prodigy growing up and first became famous in the 1960s when he was playing soul jazz with Jack McDuff among others. George Benson has had a highly successful solo career which included a number one, triple platinum album in 1976. He has been honoured with a star on the Hollywood Walk of Fame.

George Benson has had a profound impact on the music world, especially when it comes to the jazz and pop genres. He is known for being one of the greatest guitarists in the world and an accomplished vocalist. He has been performing since the 60s and rose to the height of his fame in the 70s.

He has been heavily awarded and recognised, winning a number of Grammy’s for his work and with a number of hit songs under his belt. His career has spanned more than five decades, beginning with his jazz roots and evolving to include more pop influences. The ten time Grammy Award winner will go down in music history as one of the greats in Jazz and pop music, and as one of the most talented guitar players in the world.

Benson was born in Pittsburgh, Pennsylvania in the Hill District which is where he spent most of his child. He took an interest in music from an early age, he starting out playing the ukulele at a corner drug store near his home. The following year he started playing guitar at an unlicensed nightclub which was quickly shut down. He recorded his first single at the age of ten and went on to record his first album at only the age of 21.

His first recordings included two songs which were released, titled ‘She makes me Mad’ which was backed with ‘It Should Have Been Me’ the singles were produced and released by Groove Records. His music releases and the world of show business took a toll on his school performance. When his mother found out about his grades and his single, his guitar was taken away.

He spent some time in a juvenile detention centre however, and his step-father took pity on him and made him a new guitar. As a young teenager he learned how to play jazz and formed a relationship with the organist Jack McDuff whom would later appear in future albums. One of his early guitar heroes was Hank Garland. His early influences helped him to release his first album at a young age.

George Benson recorded his first album at 21 years of age which featured Jack McDuff the album was titled ‘The New Boss Guitar’. He also recorded ‘It’s Uptown with George Benson Quartet’ with Lonnie Smith and Ronnie Cuber playing the organ and baritone saxophone.

He then went on to record ‘The George Benson Cookbook’ with Lonnie Smith, Ronnie Cuber and Marion Booker. He was then employed as a guitarist on the album Miles in the Sky by Miles Davis. He signed on with Creed Taylor’s label CTI Records which focused on Jazz and went on to record a number of jazz albums including the 1974 album Bad Benson which topped the jazz charts.

He also released the record ‘Good King Bad’ which made it to number 51 on the Pop charts. His album ‘Benson and Farrell’ reach the top three on the Jazz charts. Benson also created his own version of The Beatles Abbey Road album from 1969, titled ‘The Other Side of Abbey Road’ the album was also released in 1969.

By the 1970s George Benson was recording with Warner Bros. Records and he was reaching an entirely different audience. He released the album ‘Breezin’ in 1976 and sang the lead vocals on the pop hit ‘This Masquerade’. The song won the Grammy Award for Record of the Year. The remainder of the album was instrumental.

In the same year he began touring with the soul singer Minnie Riperton, he also played backup guitar in Stevie Wonder’s song ‘Another Star’. His vocals in ‘The Masquerade’ quickly propelled into the limelight. He’d previously been told that his vocals weren’t strong enough, but his Grammy Award winning song proved otherwise!

He also recorded the song ‘The Greatest Love Of All’ which was featured in the 1977 Muhammad Ali biopic. The song was covered by Whitney Houston. He also worked with Claus Ogerman on the recording ‘On Broadway’ in 1978 which also went on to win a Grammy award.

His breakthrough into the world of pop came with the album ‘Give Me The Night’ which included a number of hit singles including ‘Love All The Hurt Away’, ‘Turn Your Love Around’, ‘Inside Love’, ‘Lady Love Me’, ‘20/20’, ‘Shiver’, ‘Kisses in the Moonlight’ and more. It was at this time as well that Quincy Jones encouraged him to seek vocal inspiration and he find inspiration that would influence future albums through the 1990s and in his 2000 album ‘Absolute Benson’.

George Benson continued to release music throughout the 1990s. In the year 1990 he was awarded an honorary doctorate in music by Berkley College of Music. He also gained other forms of recognition and accolades. He was gifted a limited edition gold-foil guitar to celebrate 30 years of collaborating with GB Signature Models. He was also recognised as the Jazz Master by the National Endowment of the Arts in 2009, the highest honour available in Jazz. In 2009 he released the album Songs and Stories alongside Marcus Miller. During the promotional tour for the album he appeared on The Tavis Smiley Show, Jimmy Kimmel Live and Late Night With Jimmy Fallon.

He toured for the album throughout 2010 and 2011, visiting North America, Europe and Pacific Rim. In 2011 he released the album titled ‘Guitar Man’ which revisited his early roots playing the guitar. The album was a 12 song album featuring covers of both jazz and pop songs. He released a new album in 2013, titled ‘Inspiration: A Tribute to Nat King Cole’.

In 2016 he took part in the program Guitar Star which was a search for the UK’s most talented guitarist. More recently he has been featured in the Gorillaz single ‘Humility’ and unfortunately was among the artists whom had had their work destroyed during the 2008 Universal fire.

Recently he has been touring throughout the UK and Oceania, after touring the United States. He has been billed as one of the top guitarists in the world and played as some of the world’s best concert halls.

George Benson has been married to his wife Johnnie Lee since 1965. He has seven children with his wife of more than 50 years. He has said in the past that he chooses to write music that focuses on love and romance, rather than sexuality. He is a devout family man and a Jehovah’s Witness whom value his religion and home life with his wife. George Benson and his wife live in Englewood, New Jersey together.

Learn about other music artists like The Notorious B.I.G.